Meghan Markle and Harry’s baby is due any day but the royal couple have decided to keep the details of their child’s birth private. During a debate on Channel 5’s Jeremy Vine show, former GMTV presenter Anthea Turner said Meghan and Harry have “snubbed” the public while other panellists were furious with the decision. Ms Turner said: “The media are a conjugate to us. So, I think they have just snubbed us.”

Journalist Anne Diamond also she feels “affronted” by the decision, adding: “They are going to keep complete control about when they tell us and what they tell us. It’s pushing things too far.”

Commentator Carole Malone said the decision is a “swipe” at the media as she reminded viewers that British taxpayers “pay for a lot of their things”.

Ms Malone said: “It strikes me Meghan is very upset at the way she thinks the press has treated her in recent months. And it looks to me like this is a swipe at the media.

“Why should you get details of something that is very precious to me? 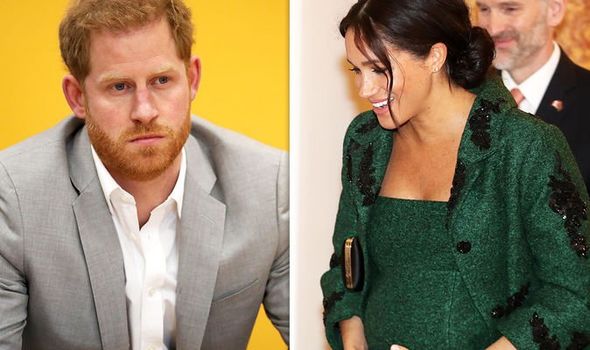 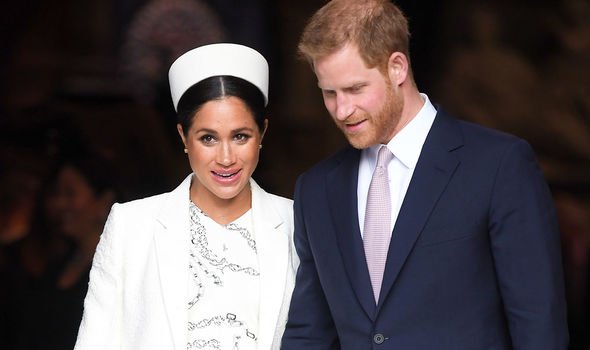 “Well, the thing is, when the Royal Family becomes independent of taxpayers then maybe they can have the privacy that they so crave.”

Mr Diamond replied and said: “Hey, they are Royal and, I was going to say, they belong to us. Actually, they do.

“They are there and they are the Royal Family because we like them to be. At the moment we support that institution.

“This is like being told ‘no, it’s nothing to do with you’. Well, I am afraid it is actually.”

Ms Malone agreed the British public has been snubbed and added: “The thing is, Harry will want media publicity for his mental health programme. But he doesn’t want it for any of this.

“You know, you can’t cherry pick in that way.”

Meghan and Harry said they made the “personal decision” not be share details about the baby, which will be seventh in line to the throne, until they had time to celebrate its arrival.

The couple’s Royal Household, Buckingham Palace, said in a statement: “The Duke and Duchess of Sussex are very grateful for the goodwill they have received from people throughout the United Kingdom and around the world as they prepare to welcome their baby.

The statement also indicated there will be no immediate photocall following Baby Sussex’s birth, who will be seventh-in-line to the throne.