Meghan Markle, 38, and Prince Harry, 35, kept their relationship secret for months when they first began dating in the summer of 2016. A new book about the couple, Finding Freedom by Omid Scobie and Carolyn Durand, is said to have been written with input from those closest to the couple and sheds new light on the early days of their romance.

Prince Harry served in the armed forces for 10 years and has always been keen on fitness, but according to the authors it was under Meghan’s influence that Harry ditched his “bachelor days of eating take out pizza” and adopted more healthy living habits.

The authors write: “Their courtship had been a smooth one.

“They enjoyed many of the same activities, such as travelling and fitness, although Meghan, the type of girl to grab a smoothie after a hot Yoga or Pilates session, pushed Harry to up his game.

“Her morning ritual started with a cup of hot water and a slice of lemon, followed by her favourite breakfast of steel-cut oats (usually made with almond or soya milk) with bananas and agave syrup for sweetness.” 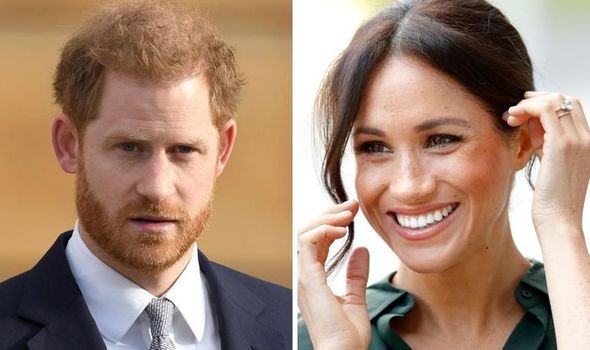 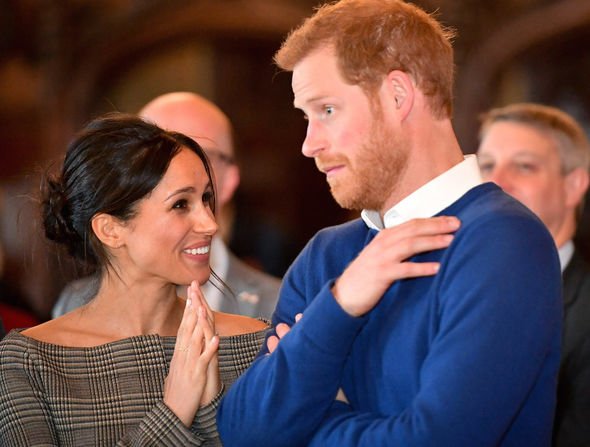 “For snacks in between meals, she opted for apple slices and peanut butter.

“It was a far cry from Harry’s bachelor days of eating takeout pizza, but he had already taken an interest in healthy living and it was fun to do together.”

According to the book, Meghan also encouraged Harry to practise mindfulness, meditation and yoga.

They write: “Meghan expanded Harry’s spiritual world, introducing him to yoga through her own practice and buying him a book on mindfulness that, like all her gifts, came with a handwritten note.” 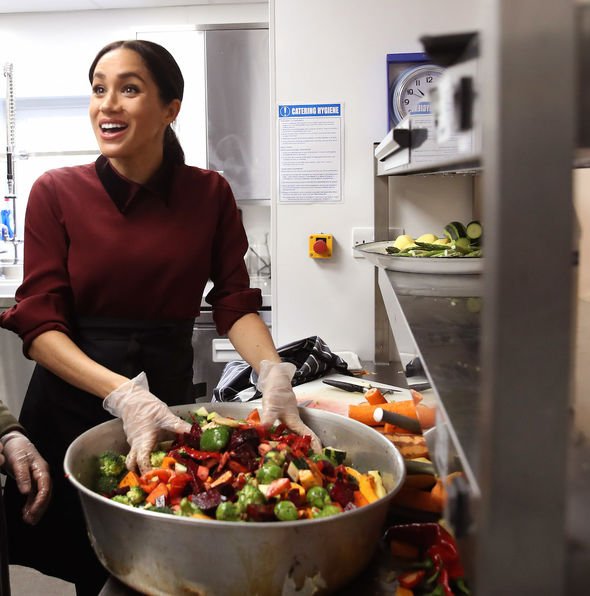 Before Meghan’s relationship with Harry went public she ran a food and lifestyle blog called The Tig.

On it, she would share regular posts about her favourite recipes including freshly made pasta, chai coconut smoothies and acai breakfast bowls.

While The Tig closed in May 2018, some recipes shared on it are still available via the archives.

A recipe for acai bowls by influencer Athena Calderone’s blog EyeSwoon as well as an interview with Meghan.

Introducing Meghan, Athena writes: “What I learned about Meghan is that she has a pure love for food, travel and beauty.

“And like me, she’s a sharer of her own joys and discoveries, which is what inspired her to create The Tig.

“In her own words, Meghan describes The Tig as ‘any moment at its finest’.

“The impetus of the name comes from a wine called Tignanello.

“A sip of that wine was her initial understanding of the nuances people described while tasting wine – the notes, the layers.

“Soon after the nickname, Tig was born – something that came to stand for those moments of just getting it.

As Meghan says, “It’s discovery and excitement all rolled into one.” 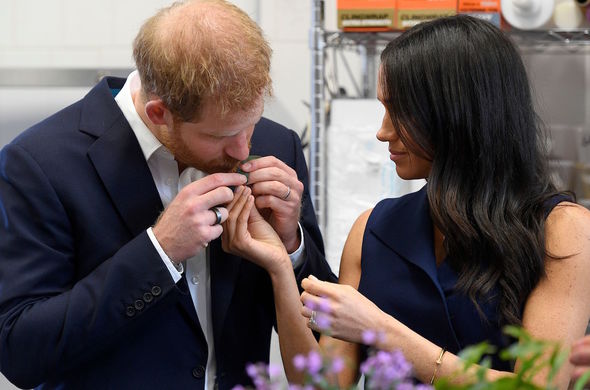 Meghan is a keen cook and is said to have wooed Harry with some of her home-cooked meals, even treating him to his favourite roast dinner when he visited her in Toronto.

The authors write: “Taking note of his likes she tried to surprise him with his favourite things whenever he visited her in Toronto.

“During one trip, she cooked him a traditional British Sunday roast lunch, even though it was a weekday because Harry told her it was his favourite meal.

“‘There’s never a wrong time for a roast’, she later joked.”

Meghan Markle REVELATION: The choice Duchess made as youngster that set her on royal path

KFC is releasing a vegan burger: When and where is it available and what it’s made from?