Meghan Markle will 'never' return to the UK claims expert

Meghan Markle, 39, will speak out for the first time since she and Prince Harry, 36, welcomed their daughter Lilibet to the world this weekend. The Duchess is due to discuss her children’s book The Bench during an exclusive interview with US radio show NPR Weekend on Sunday. While the interview is likely to focus on Meghan’s writing rather than royal dramas, the Sussexes recent public appearances may have the Royal Family braced for the worst.

Their bombshell interview with Oprah Winfrey in March saw the couple lift the lid on their time as senior royals and make a string of damning allegations, including one of racism, against the Firm.

While the Queen responded to the sitdown with a statement saying the issues raised would be dealt with in private, Harry has since fired more shots at the monarchy while speaking on a podcast and in his mental health series with Oprah.

Contrasting reports around whether Harry and Meghan sought the Queen’s permission to name their daughter Lilibet in her honour have stoked the royal divide.

Meghan will speak out on the eve of Prince William’s 39th birthday, the timing of which could prove to be unfortunate depending on what she says during the show. 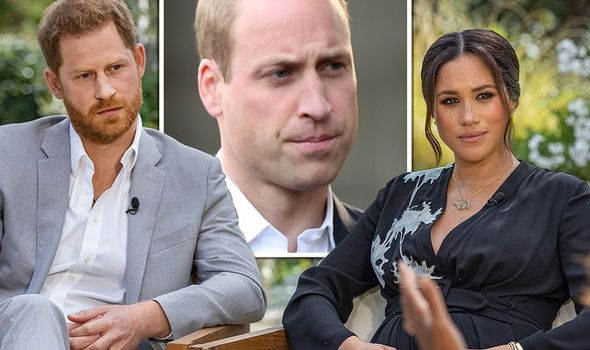 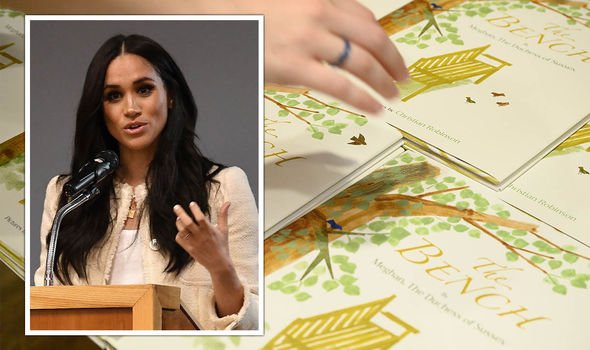 “She calls it a ‘love letter to my husband and son’ and sees it as ‘depicting another side of masculinity’ with themes of ‘love, representation and inclusivity’.

“She is giving her first interview about it on NPR on Sunday.

“This also happens to be the eve of William’s 39th birthday.” 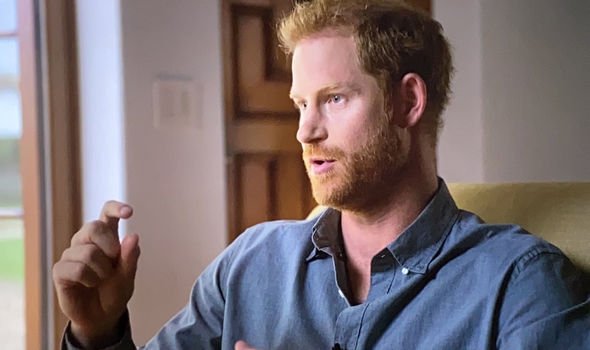 Mr Fitzwilliams added: “There was controversy over the Sussexes use of the Queen’s intimate nickname Lilibet for their daughter very recently.

“In past months their revelations in interviews, especially in that with Oprah, have caused a crisis for the Royal Family.”

While Mr Fitzwilliams did not speculate on what Meghan might say on Sunday, he claimed the Royal Family must be hoping she doesn’t raise “contentious issues.”

Kate Middleton’s Early Childhood project revealed: All the details [INSIGHT]
Queen ‘much missed’ from Royal Ascot 2021 – will she go at all? [EXCLUSIVE]
Sophie Wessex: 5 Royal Ascot pictures that would make Queen proud [PICTURES]

The expert added: “We don’t know if Meghan will refer to her period as a working royal or to contentious issues on Sunday, but it is to be hoped she will not mention matters of dispute.”

The expert said: “There is currently a deep rift between the Sussexes and the rest of the Royal Family.”

If the rift between the Sussexes and the rest of the Royal Family is to heal then Harry and Meghan should avoid diary clashes with the Windsors in future, Mr Fitzwilliams argued.

He added: “If and when it heals, it would also be helpful if diary clashes could be kept to a minimum, so special occasions, both public and private, can be used beneficially by all of the royals.” 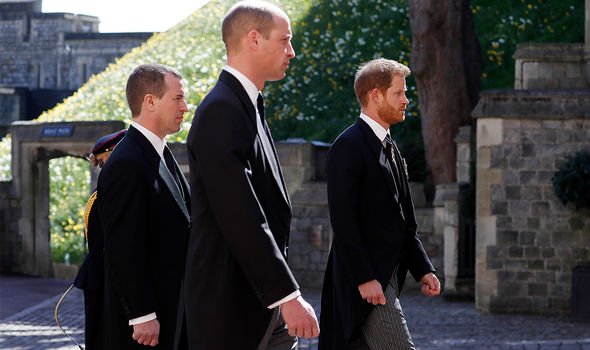 What is Meghan’s book about?

Meghan’s book is said to have been inspired by Harry’s relationship with their son Archie.

In a statement about The Bench published on Meghan and Harry’s official Archewell.com website, the Duchess said: “While this poem began as a love letter to my husband and son, I’m encouraged to see that its universal themes of love, representation, and inclusivity are resonating with communities everywhere.

“In many ways, pursuing a more compassionate and equitable world begins with these core values.

“Equally, to depict another side of masculinity — one grounded in connection, emotion, and softness — is to model a world that so many would like to see for their sons and daughters alike. Thank you for supporting me in this special project.”