The Duchess of Sussex has surpassed Kate as the number one style influencer among the Royal Family. Global fashion search platform Lyst analysed more than 20million searches over the past two-year period and found the clothes worn by the former Suits actress influenced the largest number of online queries. Meghan’s choices for what to wear lead to a 216 percent increase in online demand over the past 24 months, while Kate’s was tallied at 119 percent.

This, according to Insider, is proof the so-called ‘Meghan effect’ remains prominent.

Lyst reports the 37-year-old mother-of-one had her most influential fashion moment in March.

That month she was photographed showing off her baby bump in a silver and gold brocade dress at Prince Charles’s 50th anniversary as the Prince of Wales at Buckingham Palace.

She teamed the outfit with a cream jacket and tied her hair back in her trademark messy bun. 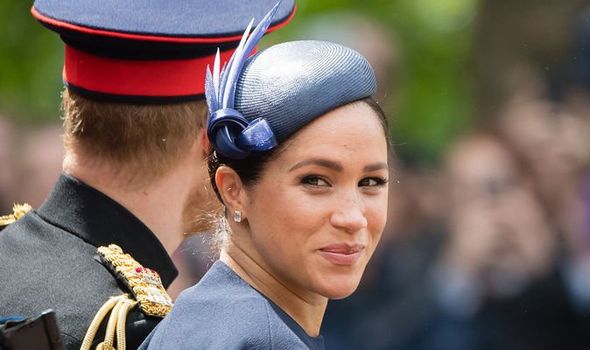 Just 24 hours after her appearance, there was a 500 percent rise in the online demand for her dress.

Meghan has received applause for her style from the big names in fashion.

Last week, at the Queen’s Trooping the Colour event she wore a navy gown and matching hat as she was paraded to a waving British public in a horse and carriage with husband Harry, who wore military gear. 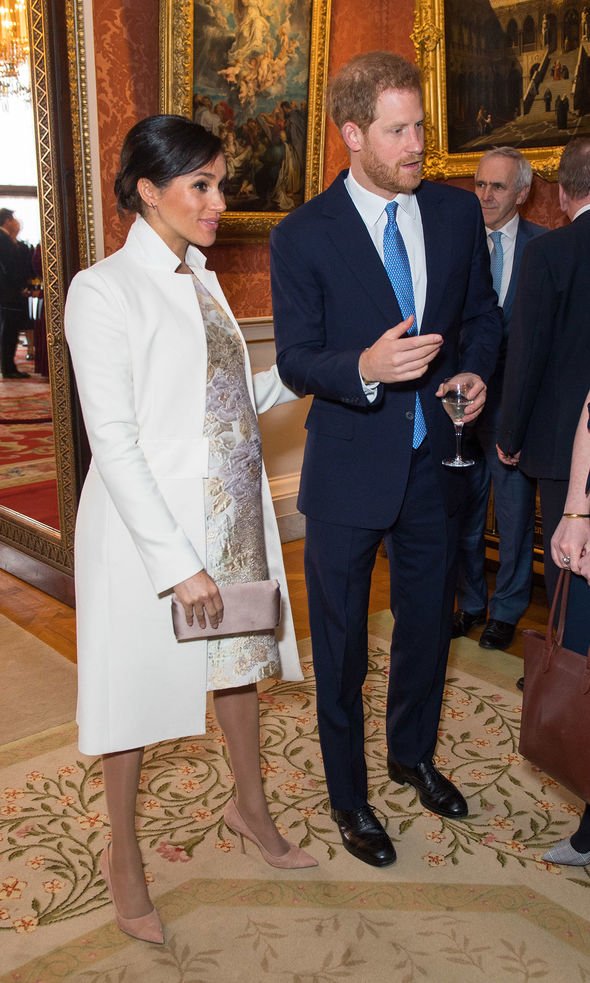 Their child, Archie, was deemed too young for the event and remained at home in their Frogmore Cottage residence.

Today, a video emerged appearing to show Prince Harry and his wife caught up in a frosty exchange at the event.

Prince Harry can be seen looking backwards into a room, before speaking to someone off camera.

Meghan Markle then turns around and says something to Prince Harry, before he seems to scold her. The Duchess then recomposes herself and turns back around.