A new book called ‘Revenge: Meghan, Harry and the war between the Windsors’ by investigative journalist Tom Bower, is set to be published this week. Bower’s book sheds light on the relationship between Prince Harry and Meghan Markle and the rest of the royal family.

In an extract published by The Times ahead of the publication, the Duchess is accused of “manipulating” the media, by Vanity Fair editor Sam Kashner.

Mr Kashner interviewed Meghan in 2017, a few months before her wedding to Prince Harry.

But, despite her intentions to have the interview focused on herself, she made the front page of the magazine behind the headline: “She’s just wild about Harry.”

The then Suits actress reportedly spoke about her relationship with the Prince with the editor by saying “we are a couple – we are in love”, and continued by pointing out how she wants to not publicise the relationship. 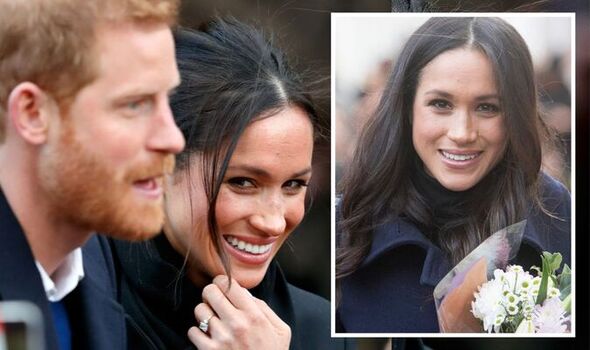 Describing that particular moment during their interview, Bower writes, according to the extract: “After lunch, she kicked off her shoes. Tucking her legs on to the seat, Meghan visibly relaxed and, to Kashner, appeared sexy. This was the moment to pry.

“‘Tell me about Harry,’ said Kashner, not expecting an answer. ‘We’re a couple. We’re in love,’ Meghan replied into the recording device.

“Clearly prepared, she balked when asked, ‘What does love mean?’ Instead, she asked Kashner about his marriage.

“Eventually she uttered, ‘I’m sure there will be a time when we will have to come forward and present ourselves and have stories to tell, but I hope what people will understand is that this is our time. This is for us. It’s part of what makes it so special, that it’s just ours. But we’re happy. I love a great love story.’

POLL: Should Harry return to royal life to support William? 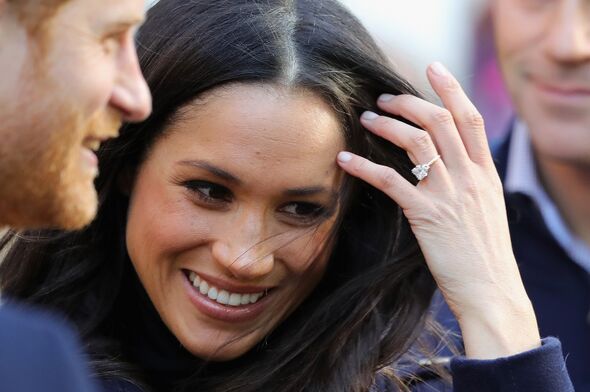 “Bullseye. Kashner was quietly elated. Tellingly, she added: ‘I’ve never defined myself by my relationship.’ She was an independent woman who would not be defined by her relationship with Harry.”

Then, when the magazine’s issue featuring her interview on the front page was published, Meghan was reportedly outraged that the focus was put on her relationship with Prince Harry.

She expressed her disappointment to Kashner, who then told Bower that he felt “manipulated by her behaviour:

In the book extract, Kashner is quoted saying of Meghan: “She complained because she wasn’t presented in the way she wanted.

“She demanded that the media do what she expects. I felt manipulated.”