Meghan Markle and Prince Harry chose to take a step back from their royal careers citing their desire to pursue a more independent life away from the Royal Family. Their departure in March allowed the Duchess of Sussex to lend her voice to campaigns calling for US citizens to register to vote in the upcoming Presidential Elections in November. And this time around Meghan, who is believed to have remained an American citizen, will be allowed to cast her ballot while Prince Harry keeps up with the royal tradition of abstaining from voting.

PEOPLE editor Michelle Tauber said: “Meghan herself pointed out that her husband, Prince Harry, is not allowed to vote and she had no intention of being voiceless in this election.

“It’s not a law in the UK, it’s not illegal for royals to vote but it is the custom and it’s actually states explicitly in Royal Family literature that they abstain from voting because they’re considered a unifying figure for Great Britain.”

In a series of events aimed at driving people to vote, the Duchess of Sussex hinted at her plan to vote in the election while still keeping mostly mum about who she will support.

Ms Tauber continued: “Meghan has said she is absolutely voting and that she is thrilled to be able to use her voice and exercise her right to vote.

JUST IN: Meghan Markle and Prince Harry mocked over Netflix deal – ‘They left for a quiet life?!’ 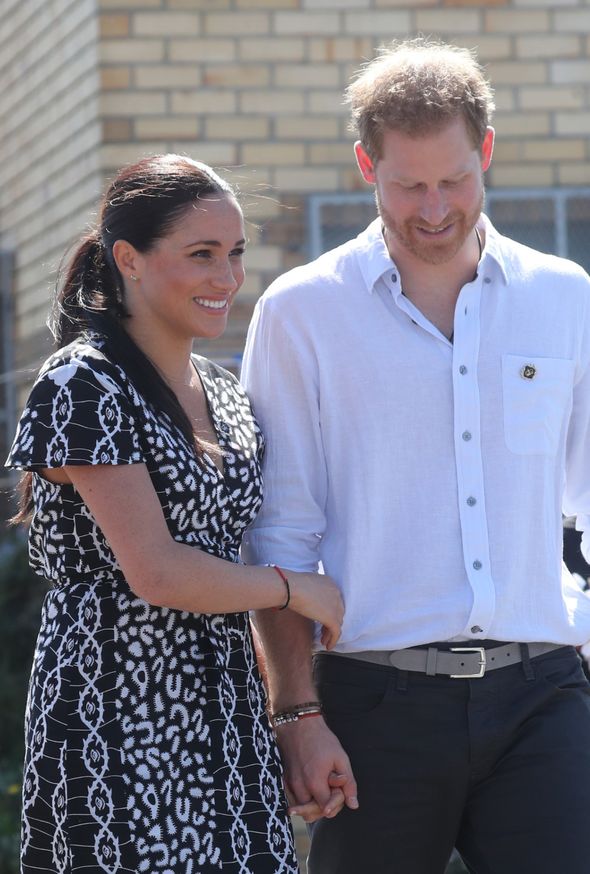 “The Palace was well aware that when Meghan and Harry chose to step down from their senior royal roles that this was the kind of thing they want to be doing.

“So it comes as no surprise to anyone in the Palace. And Meghan’s comments are something everyone can endorse, the idea that the only place were all people are equal is in the voting booth is a non-controversial statement.

“No one should have any issue with that.”

Under British law, there is no policy keeping the Queen and other member of the Royal Family from taking part in any kind of elections held in the UK. 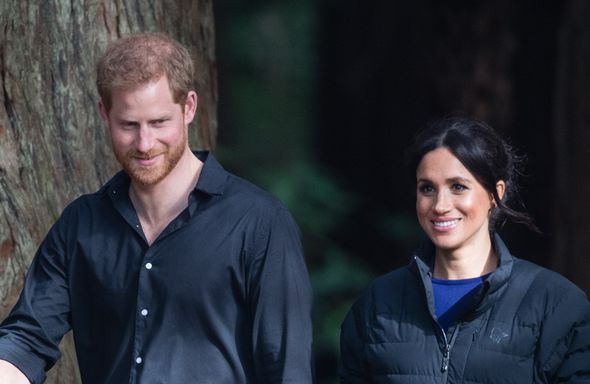 But royals have long chosen to abstain from participating to maintain a neutral and unifying position for the benefit of the country.

Historian Sarah Gristwood said it’s “consistently been a policy of this Queen, since her early days as head of state, to stay completely above the fray”.

Speaking to Marie Claire last month, the Duchess of Sussex discussed the importance for people to “exercise their fundamental rights” to vote.

Meghan Markle ‘fish out of water’ as Harry ‘takes lead’ at outing [PICTURES]
Kate Middleton could face fine if George and Charlotte miss school [INSIGHT]
Baby Archie update: Archie expected back in the UK on THIS date [VIDEO]

Royal insiders had already suggested earlier in the year Meghan would seek to become more “politically engaged” when no longer constrained by her royal career requirements.

A source close to the Duchess said: “The Duchess is said to be frustrated that she was forced to stay out of politics after getting engaged to Harry.

“She has strong political opinions and will now take advantage of the greater freedom she has to express them publicly.”