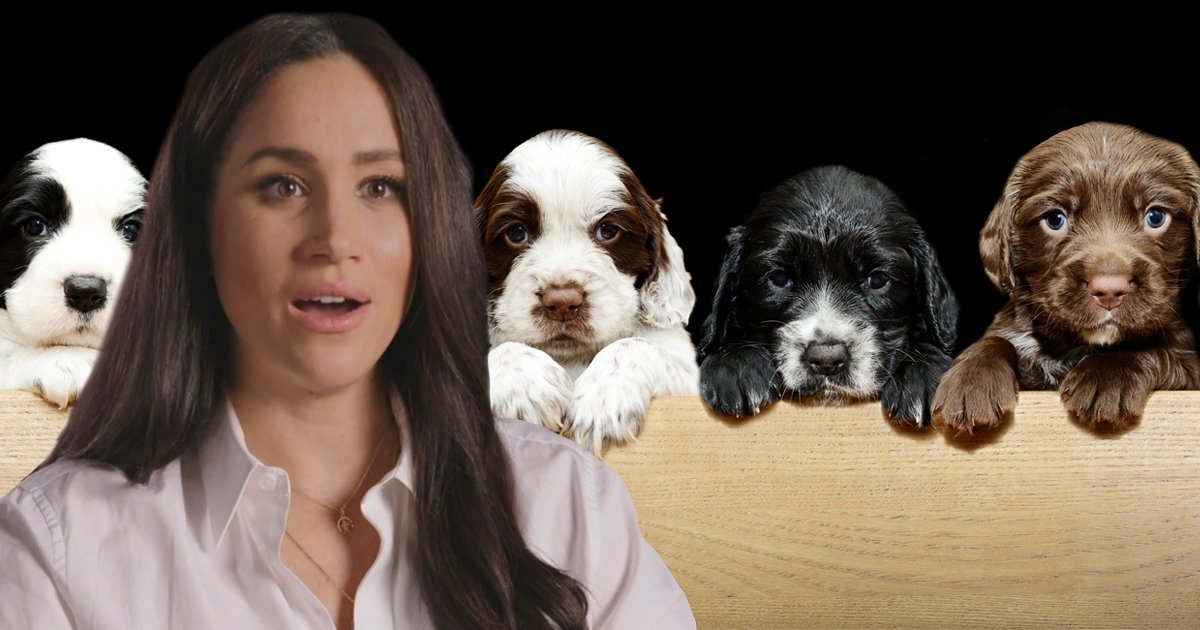 Meghan Markle was approached to host an online TV show about princesses and puppies by a US media firm – but seemed to find the idea offensive, reports say.

The Duke and Duchess of Sussex met with Quibi, a streaming platform designed to show short clips on mobile devices, on January 30 in 2019, about a year before the couple stepped back as senior royals.

During the talk, the platform’s founder Jeffrey Katzenberg suggested Meghan host a show that combined royalty and puppies, the Mail On Sunday reported.

‘Meghan seemed to find that idea offensive and though she was gracious in the moment, people in the room were a bit appalled that this was the pitch to her,’ a source quoted by the newspaper said.

But despite £1.3 billion of funding, it collapsed last December.

The Sussexes had reportedly been in talks with the service over a possible sustainable travel programme, Prince Harry’s charities in Africa and Meghan narrating a nature documentary.

The Duke is believed to have had one last meeting with the firm in London in January 2020.

The talks seem to contradict the couple’s claims to Oprah that ‘they had no plan’ after quitting as working royals.

Harry and Meghan ended up signing deals with both Netflix and Spotify to make podcast and TV show content.

Collectively, the deals are worth £93 million.

Jeffrey Katzenberg did not respond to the Mail on Sunday’s requests for comment.

It comes as rumors emerged that Prince Charles is planning to ‘cut’ Harry and Meghan from the Royal Family when the Prince of Wales becomes king.

Royal biographer Angela Levin told talkRADIO: ‘Prince Charles has wanted for a very long time to cut the monarchy down to save costs and to make people be worth the money that they got from the taxpayer.

‘I imagine that might be when Harry and Meghan are ditched from being members of the Royal family.’

‘Outer edge’ royals could soon find themselves stripped of their titles and patronages and encouraged to take on paid work, according to the expert.