Meghan Markle appears to be ignored by member of crowd

Meghan Markle and Prince Harry joined William and wife Kate on a walkabout among crowds near Windsor Castle on Saturday following the Queen’s death. The Duchess of Sussex has been praised after she was met with a lot of cold shoulders in the crowd. One member of the public looked away in an apparent snub to the royal after she extended her hand.

The moment captured on video saw the woman look back at Meghan who moved further down the line.

Other rude reactions included one person ignoring Meghan and withdrawing their hand while one mourner put sunglasses on to avoid eye contact.

Twitter users were quick to come to the defence of the Duchess.

Reana Malori wrote: “She wasn’t humiliated by that one woman. Meghan read the room. She doesn’t care if one person doesn’t want to shake her hand.” 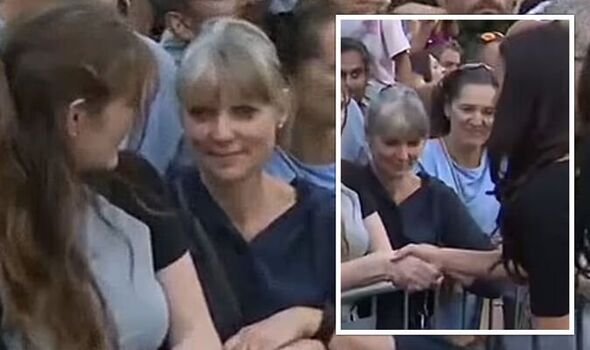 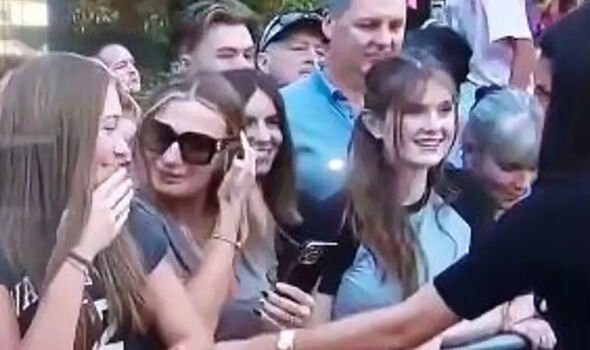 Anita added: “You have to admire Meghan. It must have been really difficult doing that walk around knowing how some people feel about her. She showed pure class and dignity. Even when being ignored she took it gracefully.”

Janet Forster noted it was “nasty and divisive”.

Sian Clark added: “That woman who ignored Meghan is absolutely disgusting. She should’ve stayed at home. Well done Meghan for handling it so well.”

At one point Meghan was hugged by a woman in the crowd while others stretched to shake hands and talk to the four royals in the early evening. William spent some time bending down chatting to children, while Kate and Harry accepted flowers and messages of encouragement from those in the crowd.

Royal watchers had been looking for signs of a detente amid the pomp and ceremony of a period of national mourning and Elizabeth’s state funeral.

On Friday Charles used his first address to the nation as king to express his “love for Harry and Meghan as they continue to build their lives overseas”.

He also bestowed on William and daughter-in-law Kate the titles of Prince and Princess of Wales, which he and his late wife Diana previously held.

William was heard telling one well-wisher that the days following the queen’s death had been “so surreal”. 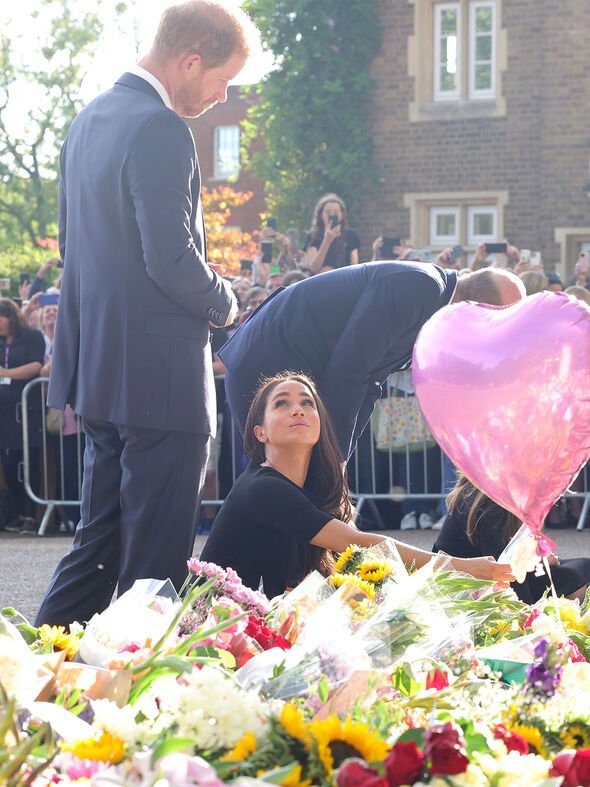 “We all thought she was invincible,” he said.

Asked by someone else in the crowd how his children, George, 9, Charlotte, 7, and Louis, 4, who all started at a new school on the day the queen died – were coping, he replied: “The kids are well, thank you. They are good. Not ideal to start new schools with everything happening.”

Under royal rules, the monarch’s grandchildren are automatically eligible to become princes or princesses of the realm, so now that Harry’s father Charles is king, his children, Archie, 3, and Lilibet, 1, can receive those titles. Lilibet was named after the queen’s childhood nickname.

It is not clear whether they will take the titles.

Easyjet plane 'lodged' into another aircraft after crash in Amsterdam