Home » Europe » Meghan Markle slammed for ‘turning everything into victimhood’

Former editor of The Daily Star Dawn Neesom slammed Ms Markle for her remarks on the latest episode of her podcast Archetypes in which she said disliked being called “lucky” for marrying Prince Harry. Ms Neesom suggested people were merely commenting on the fact she had married “one of the most eligible people on the planet”, someone who is both a prince and “very wealthy”. She dismissed notions peddled by Ms Markle that the comments came down to misogyny and gender, instead arguing it was a perfectly normal and inoffensive remark given that “most of us marry frogs”.

Ms Neesom said: “Meghan managed to turn everything into victimhood, doesn’t she? I think this is less about misogyny and less about gender, and more about marrying an eligible person, whether they are male or female.

“And I think when people keep saying to Meghan ‘Oh, you are very lucky to be with him or be married to him’, they are not talking about because she is a spinster or she is a woman.

“I think [it is down to] the fact that Harry was one of the most eligible people on the planet – I mean he was a prince, he was very wealthy.

“I think this is less about the gender issue and more about the fact that she married a prince, basically. She is very lucky. Very few of us get to marry a prince; most of us marry frogs.” 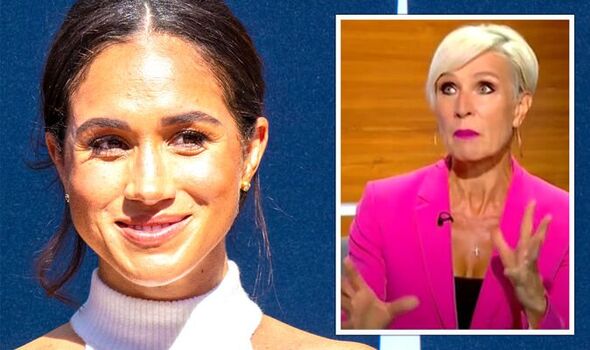 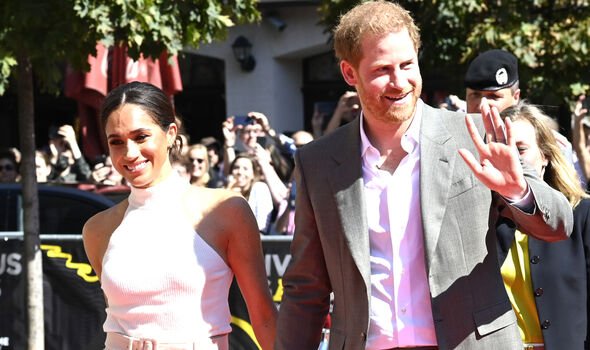 The comments to which the panellist was referring occur during Ms Markle’s third episode of her podcast Archetypes, entitled ‘The Stigma of the Singleton with Mindy Kaling’.

The pair were discussing the “labels that try to hold women back” in a 49-minute episode that came out on Tuesday.

Ms Kaling opened up about how she used to value her worth on whether a man was interested in her, to which Ms Markle relayed her experiences of when she first started dating Prince Harry.

Ms Markle said: “My own experience of that, when I started dating my husband and we became engaged, everyone was just like, ‘Oh my god, you’re so lucky he chose you!’ 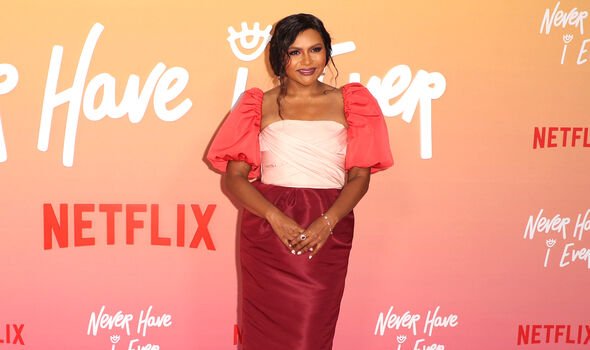 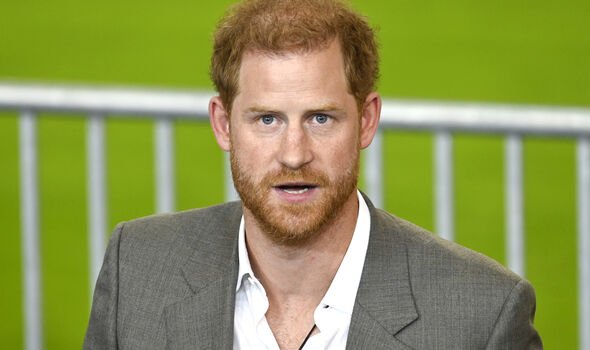 “And when you have to hear it a million times over you’re sort of like, ‘Well, I chose him too.’

“But thankfully I have a partner who was countering that narrative for me and going, ‘They’ve got it all wrong, I’m the lucky one because you chose me.’ 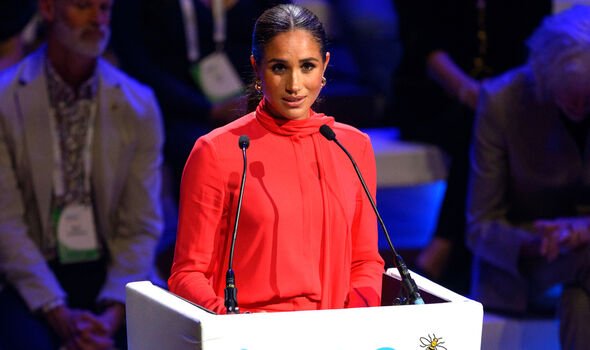 Meghan Markle and Prince Harry are currently engaged in their first visit to the UK since Her Majesty’s Platinum Jubilee celebrations at the start of June.

The pair are staying at Frogmore Cottage on the Queen’s Windsor estate, just half a mile from the Cambridges, who have recently moved to Adelaide Cottage to escape London.

Ms Markle gave the keynote speech at the One Young World summit on Monday in Manchester in which she revealed that she was honoured to be a part of the mentor scheme.

The couple arrived in Dusseldorf on Tuesday for the One Year to Go event, part of the celebrations for next year’s Invictus Games, for which Prince Harry is an ambassador.

They are expected to return to the UK for the Well Child Awards on Thursday, where Harry will give a speech.

Meghan opens up on being ‘bit of a loner’ and ‘shy’ at school
Meghan treats crowds like ‘personal friend’ but Harry looks ‘haunted’
Meghan blasts claims she was lucky to be chosen by Harry
Royal Family LIVE: Meghan and Harry ‘turned down’ Queen’s invitation
‘Blowing steam out my ears!’ Aussie host dismantles Meghan’s podcast

Coronavirus UK: Are any Britons stuck abroad with COVID-19?