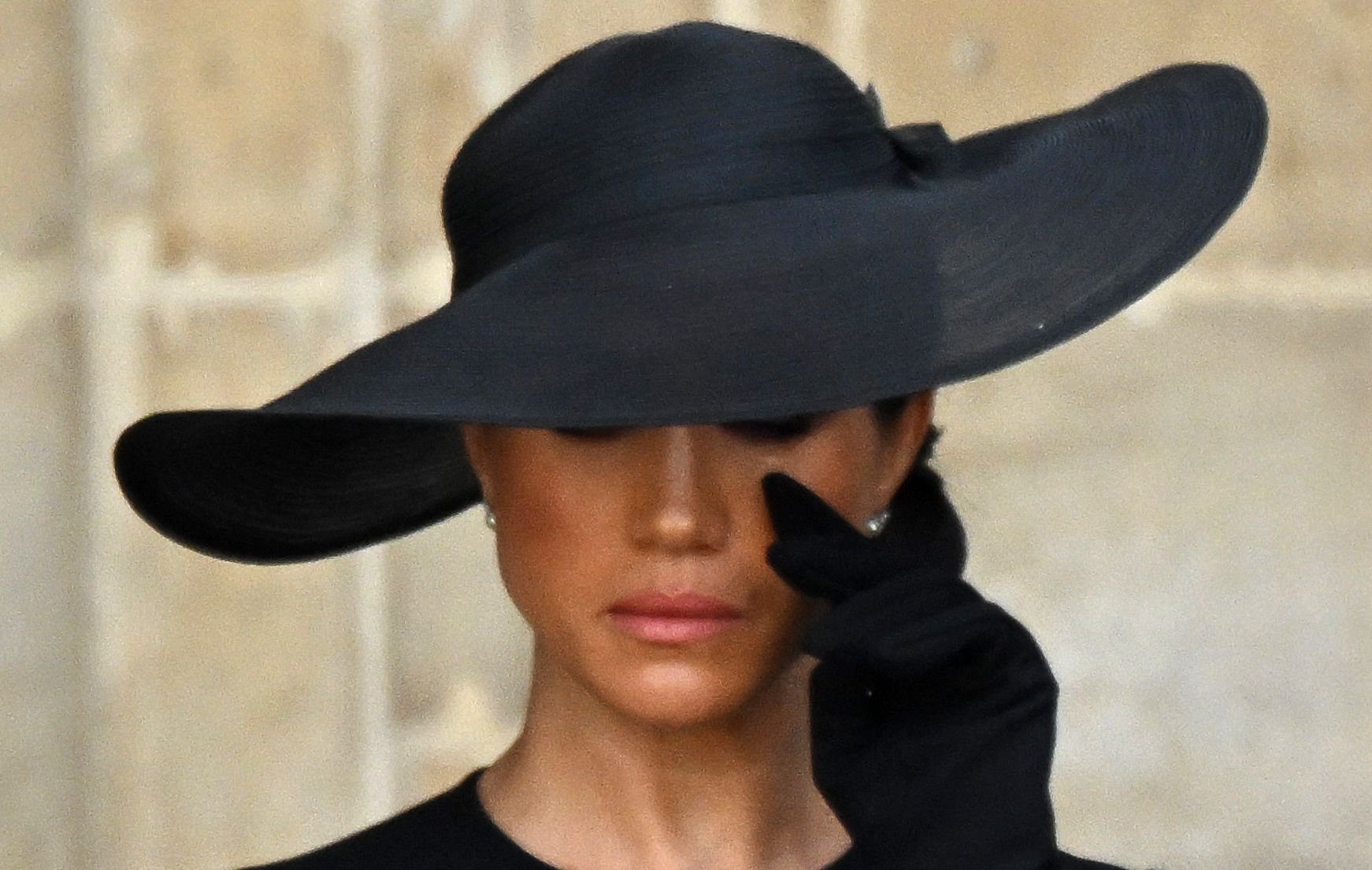 The Duchess of Sussex has been spotted crying as she left Westminster Abbey following the Queen’s state funeral.

Meghan Markle wiped away a tear after accompanying her husband, Prince Harry, to the historic service commemorating the life of his grandmother.

She also wore a set of simple diamond and pearl earrings, which were gifted to her by the late monarch back in 2018.

Pearls are also a traditional symbol of mourning in the Royal Family.

Her Majesty’s coffin travelled by ceremonial procession along a detailed route through the capital and following the funeral they will then head to Windsor before she is laid to rest.

The duchess was pictured walking solemnly behind the Queen’s coffin alongside Harry as it was brought into the Abbey just before 11am.

She them walked with the Windsor women alongside Camilla, the Queen Consort, Kate, the Princess of Wales, and Sophie, the Countess of Wessex, as they left the church.

In her 2021 interview with Oprah Winfrey, the Duchess explained her positive relationship with the Queen.

‘The Queen, for example, has always been wonderful to me,’ she said. ‘I mean, we had one of our first joint engagements together. She asked me to join her.

‘We had breakfast together that morning, and she’d given me a beautiful gift, and I just really loved being in her company.

‘She gave me some beautiful pearl earrings and a matching necklace.’

Meghan has opted to cancel television appearances and delay the release of the next episodes of her podcast, Archetypes, in the wake of the Queen’s death.

It is thought the Duke and Duchess of Sussex were ‘uninvited’ from last night’s state reception on the eve of the Queen’s funeral.

The gathering was thought to be the biggest of its kind in the post-war era, and saw world leaders and royals from across the world in attendance.

Joe Biden, the US president; Emmanuel Macron, the French president; and Olena Zelenska, the first lady of Ukraine were among those present.

It was reported the couple were initially invited, but Buckingham Palace aides insisted the occasion was for working royals only so they were later asked not to attend.

COVID-19: All UK adults offered first dose of coronavirus vaccine – a day ahead of PM’s target