Meghan Markle has been hailed as a breath of fresh air and a modernising force for the monarchy since she joined the Royal Family through her marriage to Prince Harry in May 2018. But the Duchess of Sussex has been warned her Hollywood-style approach to her new royal role could land her in a “tricky situation” with courtiers devoted to ensuring the survival of the monarchy. Author Anna Pasternak, who recently wrote a book on Wallis Simpson – whose relationship with King Edward VIII rocked the foundations of the Royal Family in the 1930s and forced the monarch to abdicate – told Yahoo’s Royal Box: “I would like to offer a note of caution to Meghan.

“I think she’s heading for a very tricky situation because actually, very little has changed in the last 80 years in terms of the power of the courtiers.

“What I’ve discovered in my research for my books on Wallis Simpson and Princess Diana is that the one goal of the monarchy, the ultimate goal, is survival.”

Ms Pasternak suggested Meghan’s “A-list” behaviour could steal away the spotlight from the Queen and Prince Charles and cause friction within the family.

She added: “That the spotlight has to be on the Monarch or the heir apparent. What Meghan has got to realise is that she can’t live life in the Royal Family like an A-list, Hollywood star, and that the monarchy demands a very different set of behaviours.”

Ms Pasternak also pointed out the Duchess of Sussex shares some striking similarities with Wallis Simpson, whose marriage to the abdicating king elevated her to the title of Duchess of Windsor.

The author continued: “The most obvious similarity, the most trivial, is that they were both 34 when they met their princes. They are both American divorcees, they both share a passion for couture.

“I also think they were both well-educated women and bright women. Wallis was whip-smart, much brighter than the Duke of Windsor and I think Meghan is similarly smart.”

Despite the warning, the Duchess of Sussex has secured the support of many members of the public since she joined the Royal Family. Her loyal fans launched the #GlobalSussexBabyShower fundraiser on social media to promote donations to charities Meghan has become a patron of in the last year.

With just weeks to go until Meghan gives birth to her first child with Prince Harry, her fans are calling for donations to be made to charities supported by the Duchess including Camfed, Mayhew and WellChild. 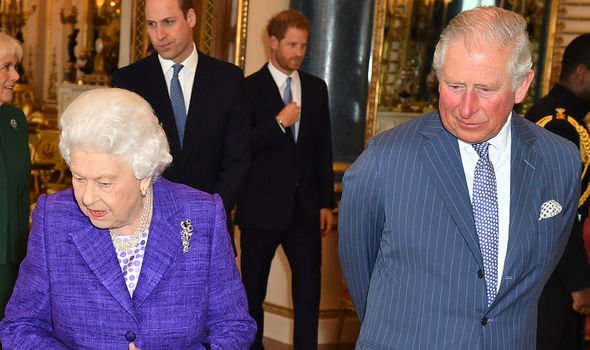 Animal charity Mayhew, of which Meghan was appointed patron earlier this year, told US magazine People they are “all absolutely flabbergasted” by the outpouring of support.

CEO Caroline Yates said: “It was such an incredible thing to come in and see on a Monday morning.

“We’re so, so grateful to everyone who has shared the original post and donated to Mayhew, and are trying to thank everyone as quickly as possible!”

Launching the online event, royal fan account Baby Sussex’s Au Pair tweeted: “We’re kicking off a GLOBAL fundraiser on Sunday, 31st of March in honor of #BabySussex and the compassion and altruism of The #DukeandDuchessofSussex.

“We’ve selected 3 charities to benefit in this effort. Tweet your donations and include hash #GlobalSussexBabyShower RETWEET!”

A royal insider told Harpers Bazaar that the palace was “hugely warmed” by the fundraiser.

The fundraiser comes weeks before the arrival of Meghan and Harry’s first child, which sources believe will be delivered closer to their new Windsor Home at Frogmore Cottage rather than at the famed Lindon Wing of St Mary’s Hospital, in Paddington.