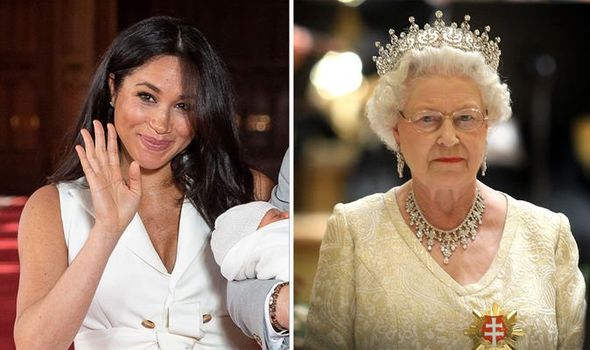 Royal correspondent for the Daily Mail Rebecca English tweeted: “Archie Harrison will be christened in the Queen’s private chapel at Windsor Castle, not St George’s Chapel, next Saturday. There will be just 25 guests attending the intimate family ceremony. Pictures will be released afterwards.”

The Queen will not be present to see her eighth great-grandchild baptised due to a prior engagement.

But, the royals in attendance will be led by the baby’s grandfather, Prince Charles, and the Duchess of Cornwall, and include the Duke and Duchess of Cambridge and their family.

The Royal correspondent went on to say: “The venue, in the inner sanctum of the castle, means it’s impossible to offer public access to the ceremony.

“Although pressure is on to allow at least one news organisation access to arrivals, as well as the couple’s chosen photographer.” 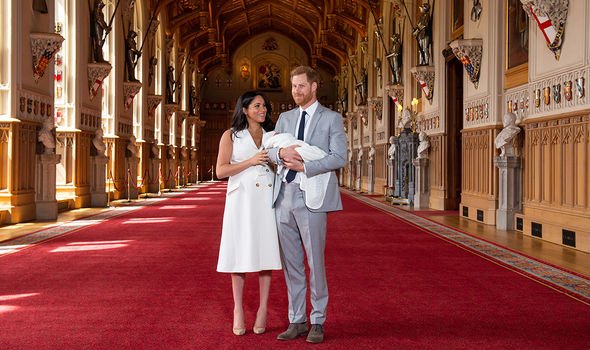 The correspondent described the decision to keep the christening private as having attracted criticism.

She said criticism would not be lessened “following the recent £2.4 million public spend on Harry and Meghan’s official residence.”

There was already a public backlash after the news earlier this week that £2.4million-worth of taxpayers’ money had been used to refurbish the duke and duchess’s official residence, Frogmore Cottage, in the Queen’s Windsor estate.

Insiders have suggested that the bill could come to between £2.8million and £3.2million. 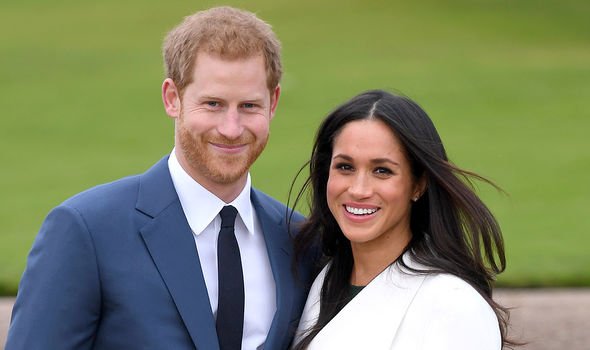 The correspondent went on to say: “All royal christenings are private.

“Sometimes, however, access is granted to cover the arrivals, as well as family photographs being released.

“We will see the official pics, the issue yet to be thrashed out is whether media will be allowed to cover arrivals in some way.”

Royal aides have said the event will not be open to the public but photographs will be released afterwards to newspapers, websites, magazines and television, with further images being released on the couple’s Instagram page, Sussex Royal.