In recent weeks and months, the Duchess of Sussex has been encouraging Americans to vote in the US elections taking place today. While she has stopped short of explicitly supporting Democratic nominee Joe Biden, it is widely believed that Meghan holds anti-Donald Trump views. This is in part due to an edition of Vogue she guest-edited last year, before stepping down as a senior royal.

Her edition was branded “left-wing” because there were many Donald Trump-hating celebrities promoted on it.

Some people interpreted her cover, which featured 15 female change-makers, as a political statement.

This caused a bit of a storm because members of the Royal Family are supposed to remain neutral, a key element of a constitutional monarchy.

Some of the women chosen were overtly political such as New Zealand Prime Minister Jacinda Ardern. 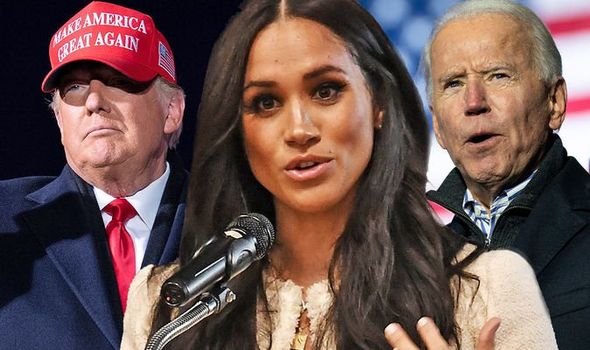 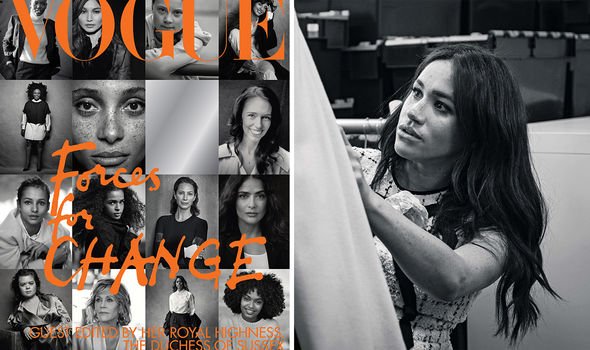 Ms Ardern is the leader of the Labour Party in New Zealand and recently won a majority in the 2020 elections.

She is most known for leading New Zealand through the aftermath of the Christchurch mosque shootings, introducing strict gun laws in response, and directing the country’s response to the COVID-19 pandemic.

Ms Ardern is also a known republican, believing her homeland should ditch the British monarch as their head of state 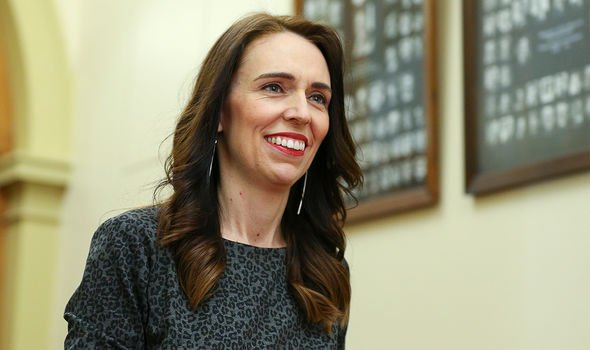 Greta, 17, has gained admirers and critics for her school strikes and speeches in which she criticised world leaders for failing to adequately address the climate crisis.

Also featured is actress Jameela Jamil, who is known for her activism around eating disorders and once made a joke about the Queen’s breasts.

After meeting the monarch, she said: “It’s like a bottom on her chest. They’re gigantic.”

Meghan also chose Nigerian author Chimamanda Ngozi Adichie, who called for Meghan, not Charles, to be the next Head of the Commonwealth. 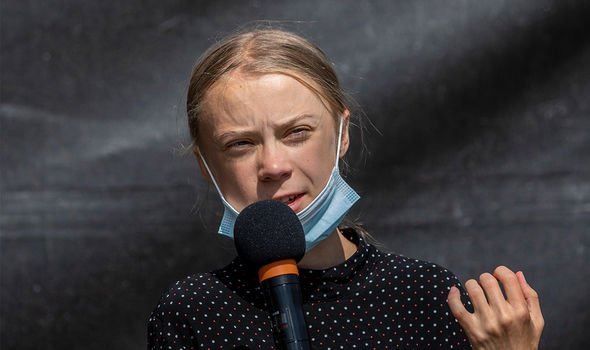 The magazine sparked criticism, with some people calling out the political nature of the cover and celebrities chosen.

Editor-in-chief of Majesty magazine Ingrid Seward said: “The Duchess of Sussex has done a huge favour for the House of Conde Naste [Vogue’s publisher] and rather less for the House of Windsor.”

Crucially, many of the women chosen by Meghan are known to express anti-Trump sentiments.

Ms Jamil, for example, responded to Mr Trump’s coronavirus diagnosis with: “Don’t, even for a second, take your eyes off his taxes, his Proud Boys signal, his refusal to denounce white supremacy, or the replacement of Ruth Bader Ginsberg which threatens reproductive rights.”

Meanwhile, Ms Thunberg and Mr Trump ‒ who took the US out of the Paris climate change accord ‒ have exchanged verbal blows on Twitter.

Mr Trump tweeted: “So ridiculous. Greta must work on her anger management problem, then go to an old fashioned movie with a friend. Chill Greta, chill!”

Her reply came minutes later when she changed the bio of her Twitter account to: “A teenager working on her anger management problem. Currently chilling and watching an old fashioned movie with a friend.” 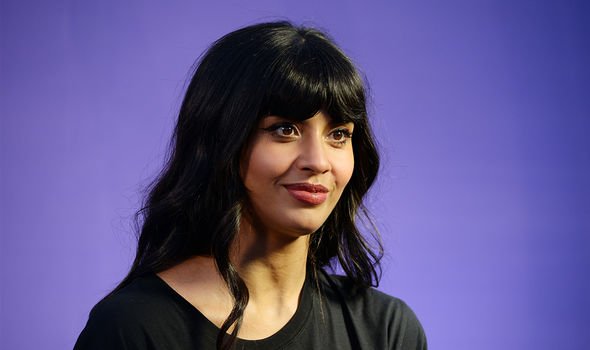 When asked in an interview what she would say to him if she had met him, she said: “Honestly, I don’t think I would have said anything.

“Because obviously he’s not listening to scientists and experts, so why would he listen to me? I wouldn’t have wasted my time.”

New Zealand Prime Minister Ms Ardern has generally tried to keep a working relationship with the President, but has managed to let some anti-Trump sentiment leak out on occasion.

When it was claimed in 2017 that Ms Ardern was “like Trump on immigration”, she branded the statement “offensive”.

Then, in 2019, she insisted she “completely and utterly disagreed with him” after the US President tweeted that several Democratic congresswomen should “go back” to where they “originally came from”.

Meanwhile, Ms Adichie, opened up about living in Mr Trump’s US in 2018, telling The Times: “A friend who teaches nearby in an elementary school was talking about how some of the children in her class had been telling the Mexican-American kids to go home.

“She said to me that this would never have happened before Trump.”

She added that Mr Trump’s administration had a “level of absurdity” that she tries not to keep up with too much so that it does not become “normal” to her. 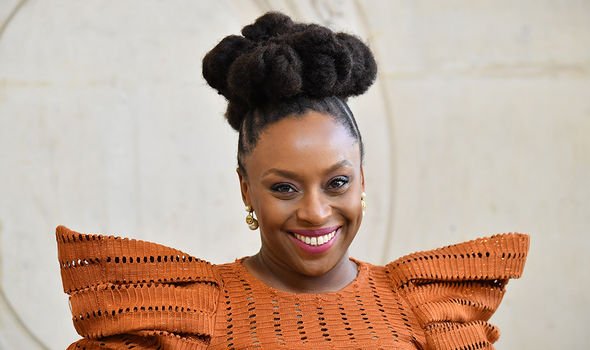 In this way, several of the women featured on Meghan’s cover have expressed anti-Trump sentiment.

This seems to reflect Meghan’s own political opinions, as she branded Mr Trump “divisive” and “misogynistic” in 2016, before she married Prince Harry.

Meghan may have been using the Vogue edition as an outlet for these views she could not overtly express while she was a working royal.

However, Meghan and Harry have now stepped down as senior royals, and may find they may have more freedom to express themselves politically than before.