The Duchess of Sussex played the feisty paralegal Rachel Zane for seven seasons on the hit legal drama. Her so-star Sarah, who played Donna Paulson, became one of her good friends and was invited to both her wedding to Prince Harry and her New York baby shower when she was pregnant with Archie. However, when Sarah, 48, was questioned about their relationship just a few months after the baby shower, she quickly shut it down. The actress was attending the BAFTA Los Angeles and BBC America TV Tea Party and told Closer Weekly: “She’s really busy. She’s super busy.”

When asked whether she thinks Meghan and Harry have been watching Suits since her departure from the show, she was equally vague.

At the Good for a Laugh benefit that same year, Sarah said the baby shower was “exciting”.

Meanwhile, Gina Torres admitted she is no longer in contact with Meghan. 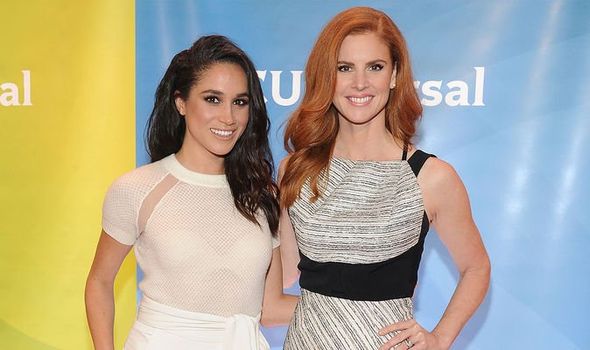 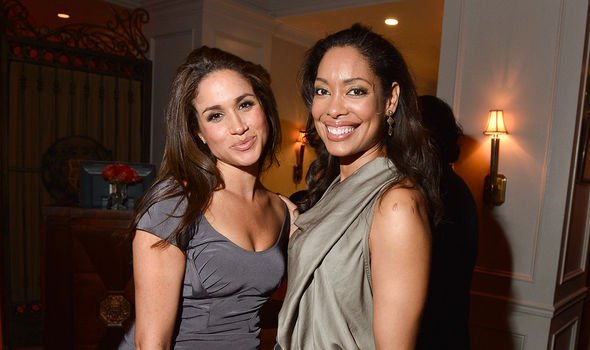 She insisted there was no falling out and that she enjoyed working with Meghan, but explained that in an industry where you work with hundreds of people on each project, you can never keep in contact with all of them.

She added that she and Meghan had been on “different trajectories” even before she met Harry but that she wished her nothing but happiness.

The programme went on for two more seasons. 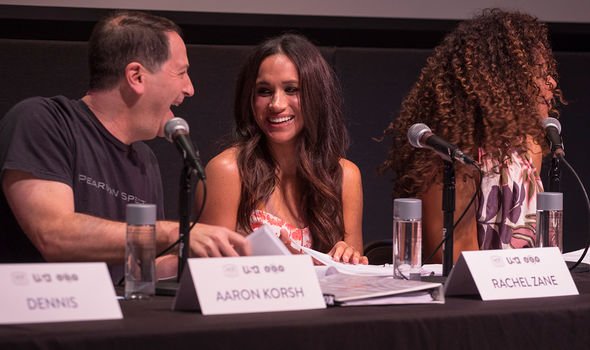 When asked about Meghan, Suits producer and creator Aaron Korsh told Life & Style: “Meghan is who she is.

“She’s a grown woman. She’s not in her twenties. I think she’s a fully formed woman.

“Meghan is the person she was… I’m sure that being in that position, I’m sure would have some long-term changes, but she’s the same.

“I’m going to guess that she’s pretty much the same person she always was and adapting very nicely to the challenges. 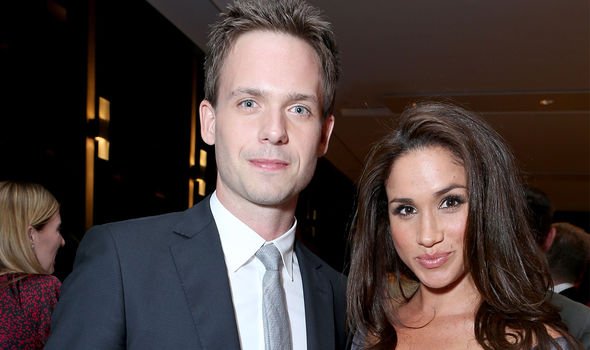 Aaron, 52, who was also invited to Meghan’s wedding, said on the NBCUniversal TCA Press Tour panel: “The thing I’ll say about that, we all went as a family.

“When we all went, there were about 10 of us or something… it was unbelievable.

“I think it changed our lives in certain ways forever. But if it had never happened, we were a family on Suits for 10 years.”

Meanwhile, Patrick J Adams, who had a baby with his wife Troian Bellisario just seven months before Archie was born, said at the Good for a Laugh benefit that he would be up for a playdate for their children.

He joked: “Maybe at her house, it’s a little bigger.”

He went on to express complete confidence that Meghan would be a great mother.

The Suits star said: “We’ve shared exactly zero tips with her, because I don’t think Meghan needs tips about anything.”

He wrote on social media that Meghan had always been “kind” and “supportive” and slammed the Royal Family for “promoting” the accusations of bullying.

He said: “It’s obscene that the Royal Family, whose newest member is currently growing inside her, is promoting and amplifying accusations of ‘bullying’ against a woman who herself was basically forced to flee the UK in order to protect her family and her own mental health.

“[In my opinion] this newest chapter and its timing is just another stunning example of the shamelessness of [an] institution that has outlived its relevance, is way overdrawn on credibility, and apparently bankrupt of decency.”