In their joint interview with Time100, Meghan wore an Alexander McQueen wool blazer, which is significant because Kate is known to be a huge Alexander McQueen fan. In fact, Kate even had her wedding dress designed by the label, and was recently spotted in a long red Alexander McQueen coat. This link was pointed out by online fashionista Sarah Bradbury on the podcast Pod Save the Queen.

Last week, Ms Bradbury was brought on to discuss Meghan and Kate’s fashion in their recent appearances.

She said: “As for Meghan, I think she looked amazing. 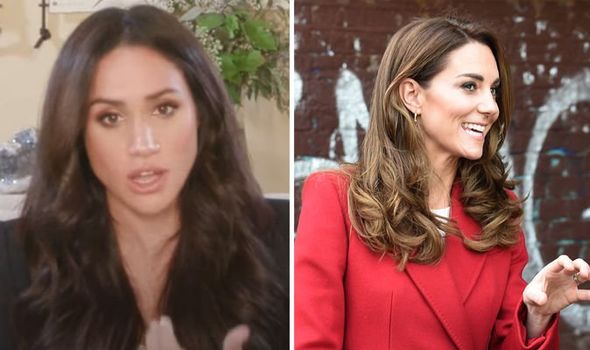 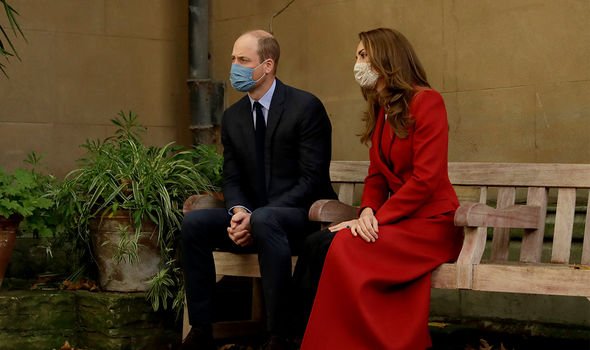 “Obviously we’ve touched on the Cartier watch, whether it is or isn’t Princess Diana’s…”

Many people missed the Kate link, because their attention was drawn to Meghan’s Cartier watch, which sparked discussions as to whether it was Princess Diana’s watch or not.

It is believed that Diana’s watch was passed on as an heirloom to her son William when she died in 1997, while Harry chose to keep her engagement ring.

They later swapped the items, because William wanted to use Diana’s ring to propose to Kate. 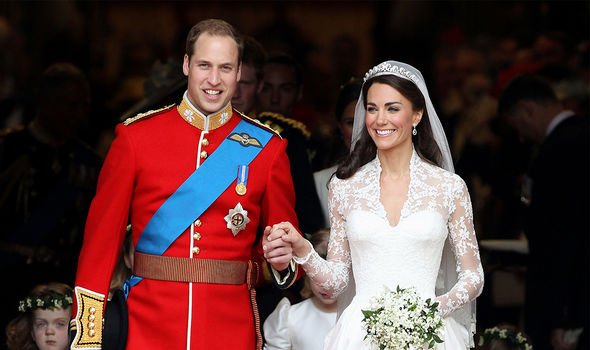 This means that Harry was now in possession of the Cartier watch, and may have given it to Meghan.

This video was not the first time Meghan has donned Alexander McQueen, as she wore a full suit by the label in February 2018 to an awards ceremony with Harry.

She wore the fitted black and white ensemble to the Endeavor Awards a few months before her huge wedding in Windsor.

At the time, it was commented that Meghan was clearly making an effort to wear British brands. 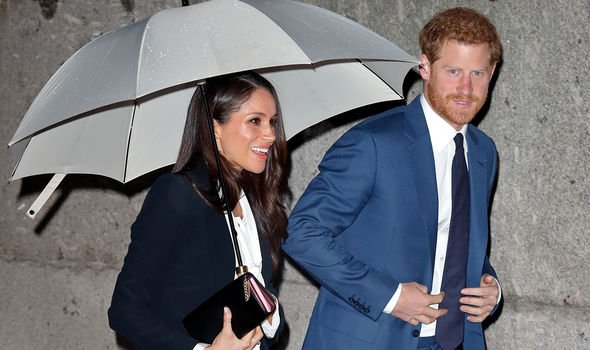 She had already been spotted wearing Stella McCartney, Burberry and even retail giant Marks & Spencer.

Perhaps, her recent choice was also a demonstration that she still has those links to the UK, despite now living in the US.

Kate has also been spotted in her favourite label while out and about – in a red ankle-length coat by Alexander McQueen.

Ms Gripper commented that it reminded her of the red gowns in the dystopian Handmaid’s Tale when paired with her white face mask.

She said: “It reminded me a little bit of the Handmaid’s Tale because she’s got this white-looking mask on.

“It’s just because the Handmaid’s Tale has been so effective that when you see something long and red and floor-length and sort of winey-coloured ‒ wine like you drink, not whine like complaining about stuff…

“And it was because she had this white mask on as well ‒ I don’t know what you call it in the Handmaid’s Tale ‒ the whimple thing was on back to front on her face like a mask.

“So I did like it, but it did make me think a bit Handmaid’s Tale, probably because it was full length I think.”

Russia plans to take first tourist on space walk in 2023