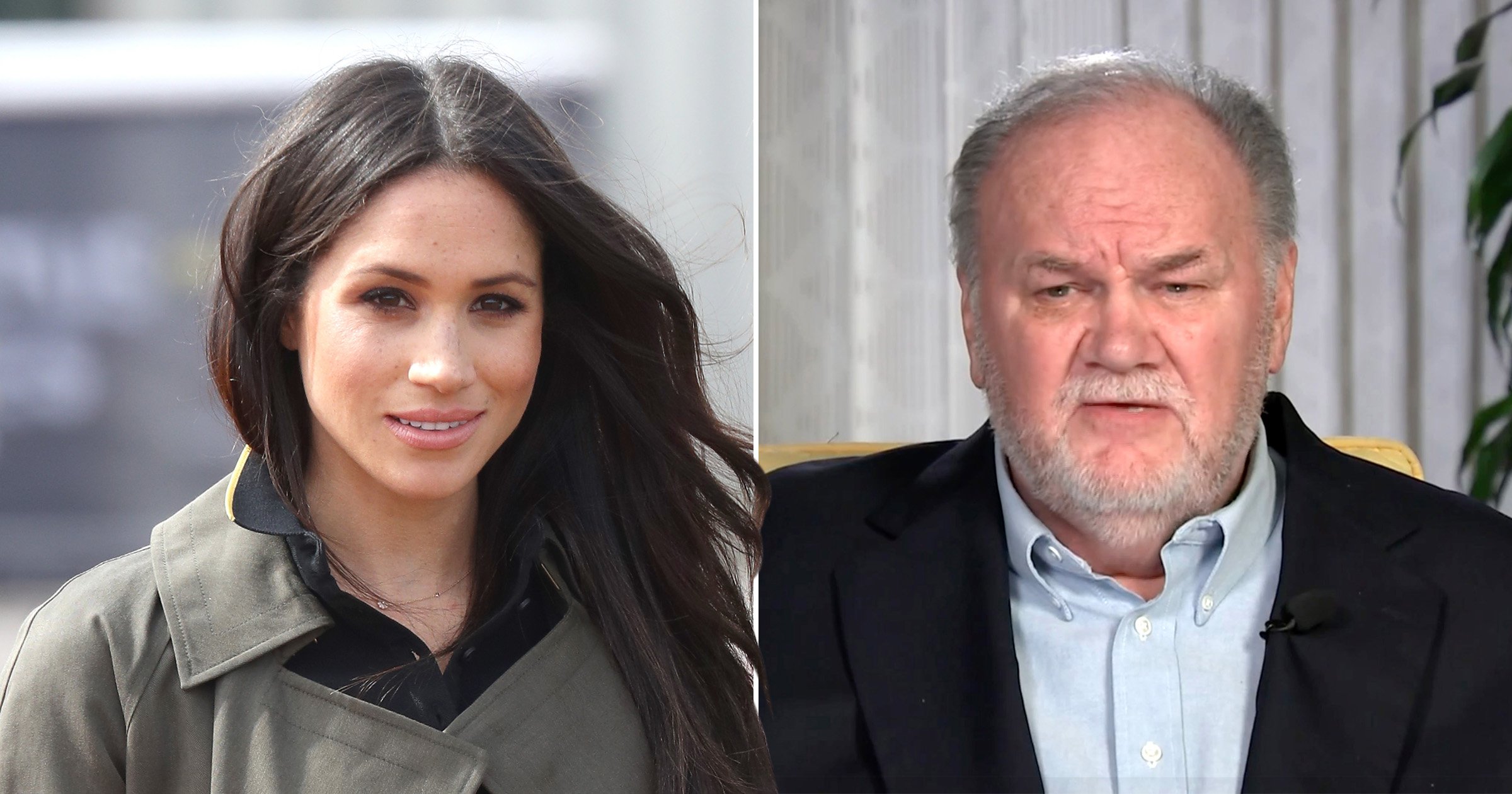 Meghan Markle’s claims a letter she sent to Thomas Markle was private and for ‘her father’s eyes only’ have been proved ‘false’ by texts she sent to a royal aide that reveal the former Suits star wrote it with ‘public consumption in mind’, the Court of Appeal heard today.

The Duchess of Sussex’s denials that she cooperated with the authors of Finding Freedom – the controversial biography that unleashed a new wave of revelations about the Sussexes’ strained relationship with the Royal Family, were contradicted by evidence from her former communications chief at Kensington Palace, Jason Knauf, it was alleged.

The publisher of the Mail on Sunday and MailOnline yesterday began its challenge of a High Court judgment that found that their decision to publish extracts of Meghan’s 2018 letter was ‘unlawful’.

The Duchess successfully sued the Mail on Sunday and MailOnline for making public parts from the handwritten note, which she insists was private correspondence sent to her estranged father after he had a heart attack and was unable to attend the royal wedding.

The publisher told the Court of Appeal in London there is new evidence showing the privacy case before the judge Lord Justice Warby had been based on a ‘false’ premise.

Andrew Caldecott QC, for ANL, told judges that the new evidence from Mr Knauf in the form of texts raises questions about Meghan’s ‘credibility’. He argued the letter ‘was written with public consumption in mind as a possibility’.

Far from being ‘an intimate communication for her father’s eyes only’, Meghan wrote the letter knowing Thomas Markle ‘might disclose it to the media’, he said, adding: ‘The fundamental point turns out to be false on the new evidence. The letter was crafted specifically with the potential of public consumption in mind’.

ANL also believes that Thomas Markle had the right to reveal the contents of the letter to ‘correct some inaccuracies ‘ contained in an article in People magazine, published days before ANL’s five articles, which featured an interview with five friends of Meghan who spoke in detail about the same note.

Mr Caldecott QC has said that ANL’s defence to the Duchess of Sussex’s privacy claim should have gone to a trial.

He told the Court of Appeal that Meghan’s claim was ‘diminished and outweighed’ by her father’s right to reply following ‘false or misleading’ allegations published in People magazine in the US.

He said: ‘The claimant’s letter and the People article both make allegations against Mr Markle of cruelly cold-shouldering the claimant in the pre-wedding period… The article, or its gist, was reported worldwide.’

The barrister added: ‘We say there was a difference between what Mr Markle said and what he was presented as saying.’

He concluded: ‘The defendant submits it has a strongly arguable case that by the time of the publication of the articles, the claimant no longer had a reasonable expectation of privacy of the text of the letter.’

ANL has also said that new evidence from the Duchess of Sussex’s former royal communications chief Jason Knauf, who now works for Harry’s brother Prince William, ‘contradicts’ the pleadings before the judge when he ruled in her favour earlier this year.

Mr Knauf also alleges that Meghan co-operated with the authors of Finding Freedom, which she also previously denied in the High Court case.

Mr Caldecott said: ‘At or about the same time as the People article appeared, the claimant co-operated with the authors of a book, later entitled Finding Freedom, through her communications secretary Jason Knauf in Autumn and Winter 2018.

‘The claimant has expressly denied any such cooperation with one minor concession which we say is now contradicted by the evidence of Mr Knauf.

‘The book was not published until August 2020, long after the articles she complained about, but it substantially reproduces the claimant’s case about her father’s bad behaviour prior to the wedding.

‘Against this background, the defendant [ANL] submits it has a strongly argued case that by the time of the publication of the articles, the claimant no longer had a reasonable expectation of privacy, given it was written with public consumption in mind at least as a possibility. Or if it [didn’t, it was] diminished and outweighed by Mr Markle’s right of reply, the need for correction and wider public interest – those three concepts all being distinct and all engaged.

‘Lastly, the claimant’s pleaded case can be shown to be materially false by contemporaneous documents. Subject to one limited admission, the claimant denied any co-operation with the authors of the book (Finding Freedom). She also denied that she even suspected that Mr Markle would leak the letter and therefore was written as an entirely private document.

‘We say this raises questions about her credibility’.

Meghan, 40, had sued Associated Newspapers Limited (ANL), also the publisher of MailOnline, over a series of articles which reproduced parts of a ‘personal and private’ letter to Mr Markle, 77, in August 2018.

She claimed the five articles, published in print and online in February 2019, misused her private information, infringed her copyright and breached the Data Protection Act.

Meghan won her case earlier this year, after Lord Justice Warby ruled that ANL’s publication of Meghan’s letter to her father was ‘manifestly excessive and hence unlawful’ because it was a ‘personal and private letter’.

Mr Caldecott added that Meghan ‘made no effort to correct’ an article in People magazine in the US, which featured an interview with five friends of the Duchess of Sussex, adding that Mr Markle had ‘considered the article to be a serious attack on him’.

He told the Court of Appeal in London that Mr Knauf’s new evidence, yet to be made public, allegedly proves she had personally co-operated with the authors of Finding Freedom, which she had denied. The High Court case heard she had indirectly advised them only about her relationship with her father, via a friend

He said that the case of the Mail on Sunday and MailOnline is that Thomas Markle deserved a right of reply, in light of Mr Knauf’s evidence and how the letter was put together with the help of her Kensington Palace team.

Mr Caldecott said: ‘The claimant’s letter and the PEOPLE article both make allegations of cruelly cold shouldering the claimant in the pre-wedding period which are demonstrably false or misleading in the light of the text messages. We challenge the judge’s legal reasons for dismissing the case’.

Meghan’s legal team are opposing the appeal and argue that the judge reached the right conclusions on the evidence before him.

They also object to the introduction of Mr Knauf’s new evidence and say that, if the court accepts his statement, Meghan will also wish to put forward new evidence.

Giving a ruling in February, Lord Justice Warby said: ‘It was, in short, a personal and private letter.

‘The majority of what was published was about the claimant’s own behaviour, her feelings of anguish about her father’s behaviour, as she saw it, and the resulting rift between them. These are inherently private and personal matters.’

The judge said ‘the only tenable justification for any such interference was to correct some inaccuracies about the letter’, contained in an article in People magazine, published days before ANL’s five articles, which featured an interview with five friends of Meghan.

But Lord Justice Warby added: ‘The inescapable conclusion is that, save to the very limited extent I have identified, the disclosures made were not a necessary or proportionate means of serving that purpose.

‘For the most part they did not serve that purpose at all. Taken as a whole, the disclosures were manifestly excessive and hence unlawful.’ 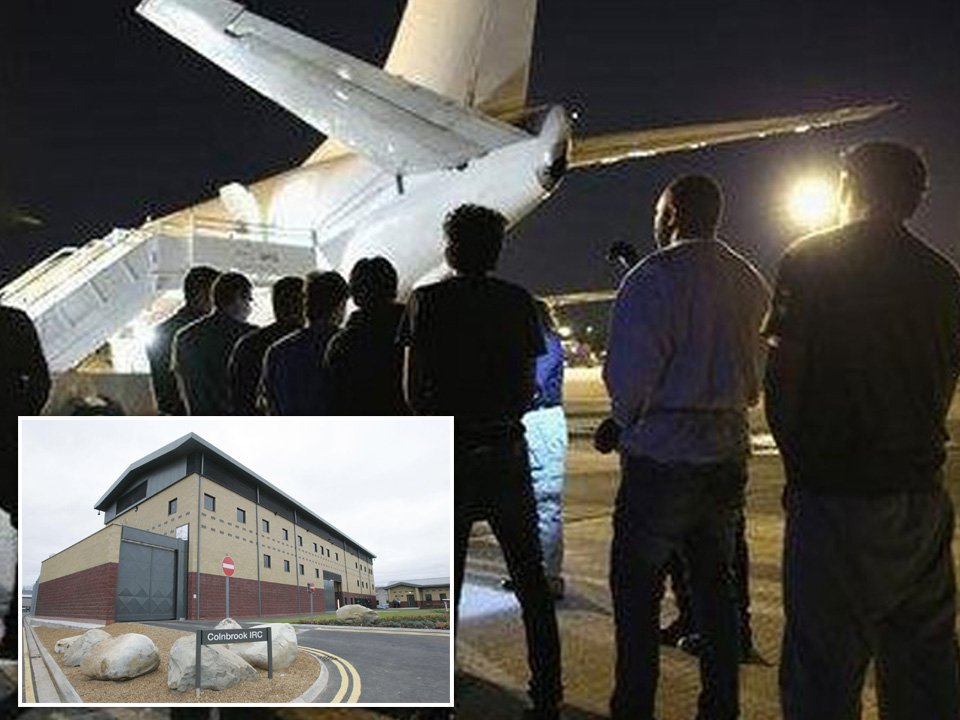 In March, the publisher was ordered to print a statement on the front page of the Mail on Sunday and a notice on page three of the paper stating it ‘infringed her copyright’ by publishing parts of the letter to Mr Markle.

But the front-page statement about Meghan’s victory has not been published yet as it is on hold pending the outcome of the appeal.

In a further ruling on copyright issues in May, the judge said ANL must ‘use its best endeavours’ to locate any copies of the draft of Meghan’s letter to Mr Markle and provide them to the publisher’s lawyers, who will destroy them ‘at the end of the action, so long as the claimant ultimately succeeds’.

The judge concluded he could make the rulings without the need for a full trial of the issues involved.

The publisher’s appeal is being heard by Sir Geoffrey Vos, Dame Victoria Sharp and Lord Justice Bean over three days, and the judges are expected to give their ruling at a later date.