Meghan Markle’s half-brother has apologised for the ‘awful mean letter’ he wrote to Prince Harry before their wedding.

Thomas Markle Jr, 55, admitted he feels like ‘a complete a**’ after branding his sibling ‘a jaded, shallow, conceited woman’ in 2018.

In the scathing letter, he also accused Meghan of ‘forgetting her own father’ and told Harry it ‘wasn’t too late’ to avoid ‘the biggest mistake in royal wedding history’.

His apology, aired on Big Brother VIP Australia, is a far cry from last week when he claimed Meghan behaved ‘coldly’ towards her first husband and said Harry is ‘next on the chopping block’.

Big Brother asked contestant Luke Toki to convince Thomas to write a second letter to the royal couple expressing his remorse in an episode broadcast this week.

Reading out the document on camera, Thomas said he is ‘so proud of Meghan’, adding that the first letter was ‘quite possibly the biggest mistake of his life’.

He said: ‘Dear Meghan and Harry, the first thing I want to say to both of you is that I’m sorry from the bottom of my heart for the awful mean letter that I wrote to you prior to your wedding.

‘And I want both of you to know it did not come from the real person that I am, but came from a very dark and hurt part of my heart… I am not a mean person at all, and I have more love inside me to give than anything.’

The window fitter went on to admit the initial letter was born from the ‘hurt’ he felt when Meghan described him as ‘distant family saying she did not know those people’.

He said: ‘I was very hurt and confused because of the amazing bond and relationship we shared growing up together and all I could do was put up a defence wall to protect my heart. 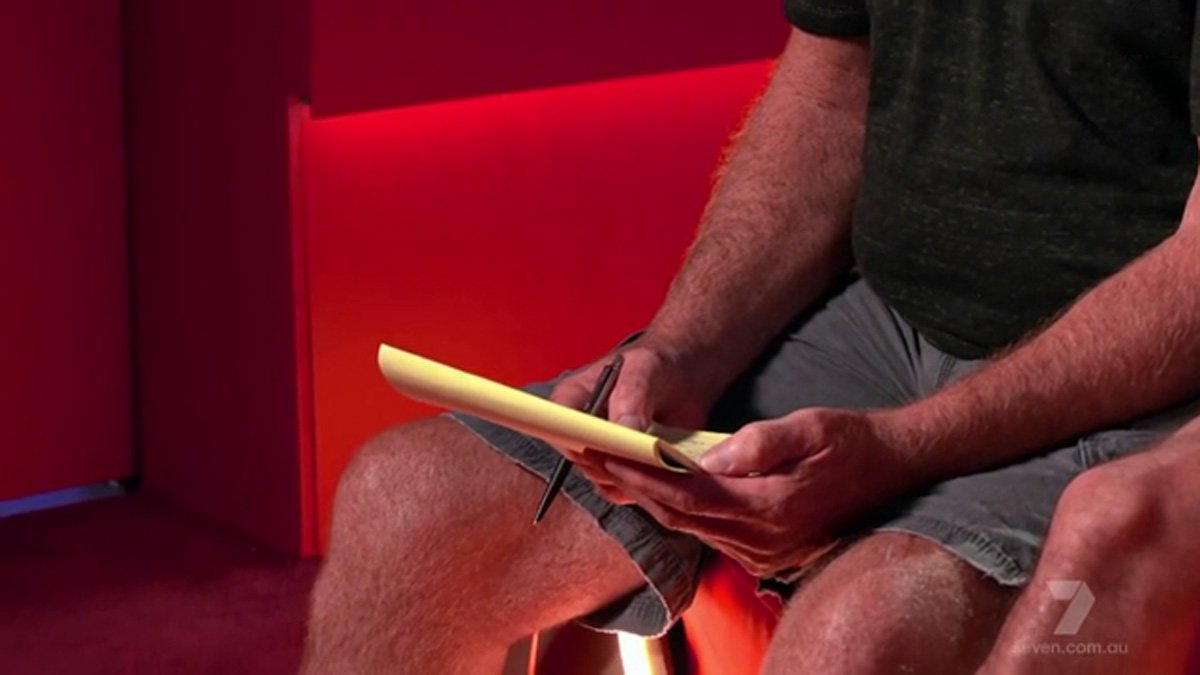 ‘I know that it was very immature and wrong and I truly regret it. When your relationship with Harry became known to the world, my life then became public.

‘I along with everyone in our family became public figures overnight. No more privacy. And let me tell you it was very, very stressful to have to deal with [that] all alone and no help at all.

‘A real nightmare and constant pressure. I wish I could turn back the clock and do it all over, knowing what I know now. I would have never tried to communicate any of my feelings in the media.

‘I feel like a complete a** for what I have done, and I am truly sorry for that.’

Thomas said he wished he could go back and tell Meghan he loved her, saying he is ‘so proud and truly so happy for her and Harry’.

The duchess’ brother added that Meghan would ‘always be his little sister’ and said he hopes the couple ‘find it in their hearts somehow to accept my sincere apology because this is the real Tom Markle Jr’.

Beforehand, Thomas was asked what it was like growing up with the former actress and replied saying it was ‘a lot of fun and love’.

He said: ‘Her first nickname as a child was Flower. In her bedroom she had these really, really decorative coloured flowers over her crib. And when she would wake up, that would be the first thing that she would see.’

Asked if he knew Meghan had recently celebrated her 40th birthday, Thomas said birthdays would always feel like ‘Christmas Day’ to her.

He said: ‘The glow on her face, the excitement and the happiness was like Christmas.’

Meghan has never commented publicly on her relationship with Thomas Markle Jr.

However, she accused her dad Thomas Markle of betraying her by lying about speaking to the press before her wedding.

She told Oprah Winfrey: ’He wasn’t able to (tell the truth). And that for me has really resonated, especially now as a mother.

‘I look at Archie, I think about this child, and I go I genuinely can’t imagine doing anything to intentionally cause pain to my child. I can’t imagine it. So it’s hard for me to reconcile that.’

When was Prince Harry in Afghanistan? Inside the royal’s fight against the Taliban