Meghan Markle wiped away tears with her black-gloved hands as Her Majesty’s coffin was taken from London, however, a body language expert has called into question her tears by saying “it’s hard to tell” if she was feeling genuine sadness. Several members of the Royal Family were seen tearing up during the Queen’s funeral service, Meghan Markle was no exception as she stood beside her husband Prince Harry at Westminster Abbey.

However, body language expert Adrianne Carter, of The Face Whisperer questioned whether Meghan’s tears were legitimate, something which has been hotly contested on social media.

Ms Carter said: “It’s hard to tell if the tears are genuine sadness but Meghan certainly knows that tears would be spotted and photographed.

“We don’t see much muscle movement in Meghan’s face in the photo which would be activated with genuine emotional expressions.”

Speaking to the Daily Star, she added: “She could also be keeping herself tightly in check emotionally.”

Ms Carter wasn’t the only one who wondered if Meghan’s tears were genuine. Royal author of the bombshell book, Revenge: Meghan, Harry and the war between the Windsors, Tom Bower also weighed in. 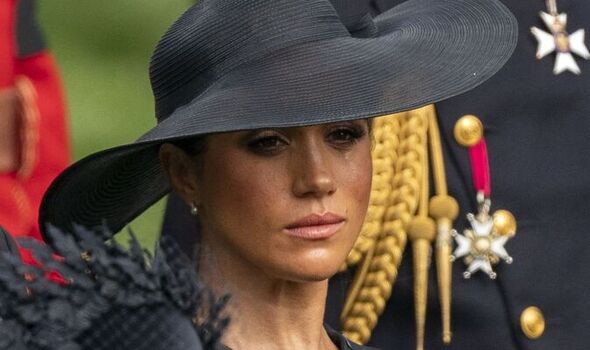 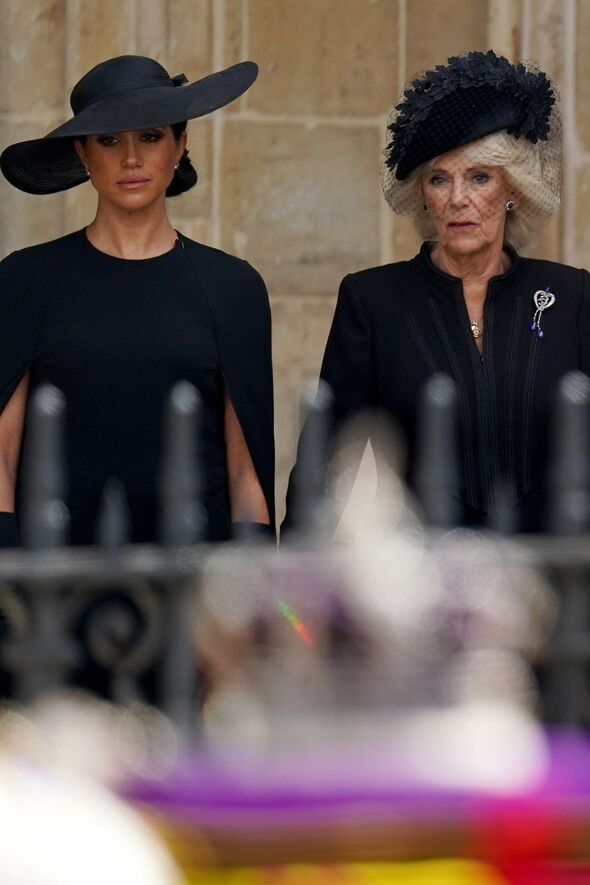 He told GB News: “The only person that Meghan I think at the moment is crying for is for herself. Certainly not for the Queen.”

However, many on social media disagreed. On Twitter many people came to the Duchess’s defence pointing to the genuine “pain and sadness” on Meghan’s face.

Lunar Counselling (@lunarcounsell) said: “This picture of Meghan made me cry. The pain and sadness on her face as she cry’s watching the coffin leave is heart breaking.

“May the entire family all take time to process their enormous loss and heal together.” 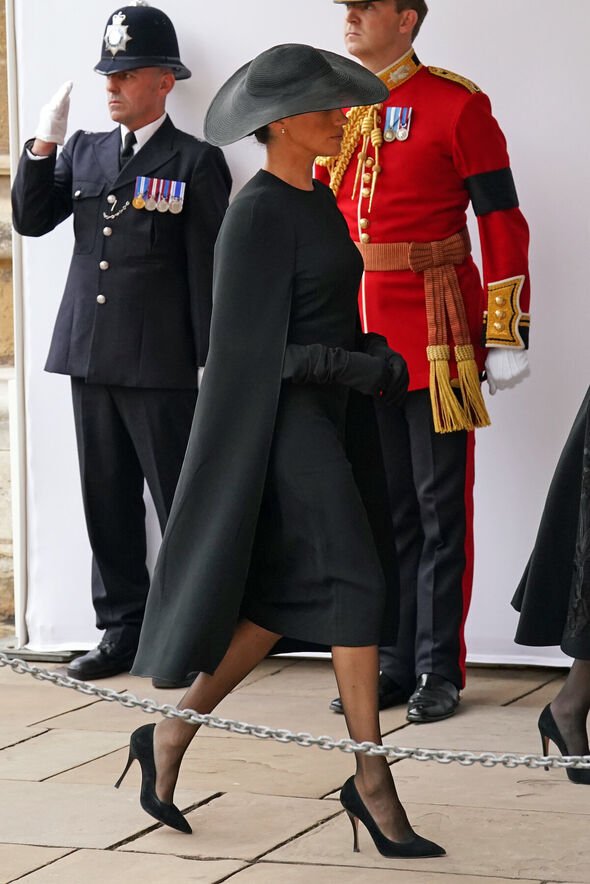 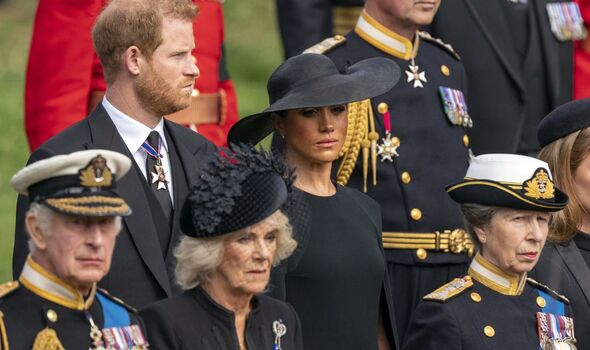 One user (@jakeisbaetho) added: “Meghan Markle is the greatest comfort to Prince Harry. He must feel so alone but she’s always there for him.”

Others praised her outfit as being simple, which they claimed was “elegant” and appropriate for mourning the death of a family member.

Meghan wore a black dress, hat, and veil with black gloves and earrings gifted to her by the Queen.

The Sussexes are thought to have continued to have a close relationship with Queen Elizabeth II, even after stepping down as working Royals. 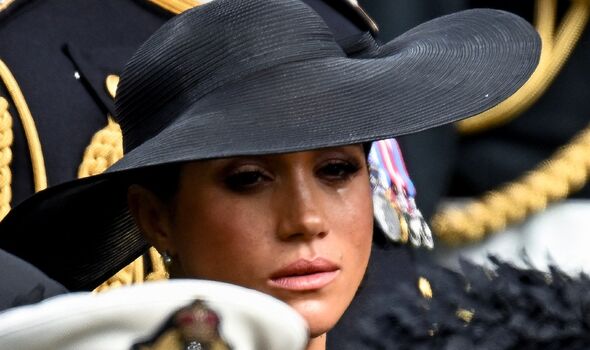 Following the couple’s decision to leave royal life and move to Montecito, California, the Queen issued a rare first person statement on the move which said that Meghan and Harry remained a “valued part of my family”.

She said: “My family and I are entirely supportive of Harry and Meghan’s desire to create a new life as a young family.

“Although we would have preferred them to remain full-time working Members of the Royal Family, we respect and understand their wish to live a more independent life as a family while remaining a valued part of my family.”

Following the death of Her Majesty, King Charles III expressed his “love” for Meghan and Harry in his first address to the nation.