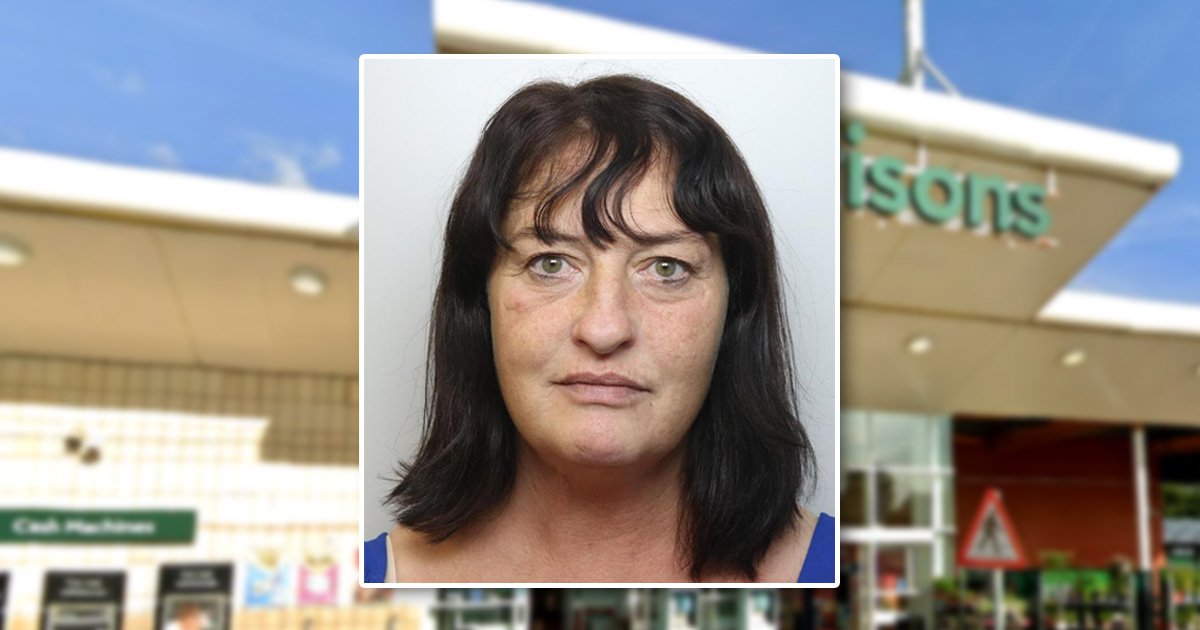 A ‘heartless’ serial pickpocket dubbed the ‘Menace of Morrisons’ has been jailed for preying on more than a dozen elderly shoppers in supermarkets.

Sharon Rooney, a career thief who has racked up 45 previous convictions, targeted 14 victims aged between 63 and 89, many of whom were disabled and relied on mobility aids.

One victim described Rooney, 51, like a ‘shark waiting to move in for the kill’, revealing how she cried all night after being targeted.

Another woman, 66, said she suffered from nightmares after being deprived of a treasured photograph of her late parents she carried in her purse.

Rooney, a single mum-of-five, also picked on an 81-year-old bowel cancer survivor, stealing her purse before spending £300 on her bank card.

‘All my life I have felt safe whilst shopping however since this incident, I no longer do,’ she said.

‘I am recovering from bowel cancer and I feel as if I have been targeted. No one should have to feel this way when going shopping.’

Another victim, 78, told how she is now fearful of people behind her after an incident she described as a ‘total shock to the system’.

‘I have never had anything like this happen to me before. It has changed how I shop and I even warn other members of the public who leave their handbag in their trolley not to do so,’ she said.

Rooney, from Derker in Oldham, Greater Manchester, has 45 convictions for a total of 144 offences, including 75 for theft.

In 2020 she was handed a 16-month prison term, suspended for two years, for five offences of theft at supermarkets involving elderly victims.

She was also made subject to a four-year criminal behaviour order banning her from having bank cards belonging to other people and from entering Morrisons stores in the UK.

She admitted 14 counts of theft and breaching the criminal behaviour order.

Rooney was also sentenced for breaching her suspended prison term.

Judge Bernadette Baxter ruled she should be put behind bars for four years and three months.

Rooney sobbed and covered her face with her hands as prosecutor Eleanor Gleeson described her offences to the court.

She stole a total of £905 from victims in various Morrisons, Aldi and Asda branches located in Rochdale, Haywood, Salford, Middleton and Radcliffe.

However, not all the transactions were reported and the total amount will be higher, the court heard.

Sentencing, Judge Baxter branded Rooney’s record ‘appalling’ and criticised her for ‘failing to engage in rehabilitation’ – despite ‘every opportunity’ being given to her over the years.

‘You say you are not a heartless person,’ Judge Baxter told Rooney.

‘I’m afraid that these offences demonstrate that there is a darker side to you that enables you to act in a very much heartless way.’

Defending, Huw Edwards said Rooney ‘fell back’ into crime after her partner died in 2021.

She was getting Universal Credit but said she struggled to make ends meet, the court heard.

‘She returned to a way that she knew she could get money for her and her children,’ Mr Edwards said.

Got a story for Metro.co.uk?

Get in touch with our news team by emailing us at [email protected] For more stories like this, check our news page.

Sturgeon’s independence blow after ‘no enthusiasm’ in France: ‘Goes against our ambitions’