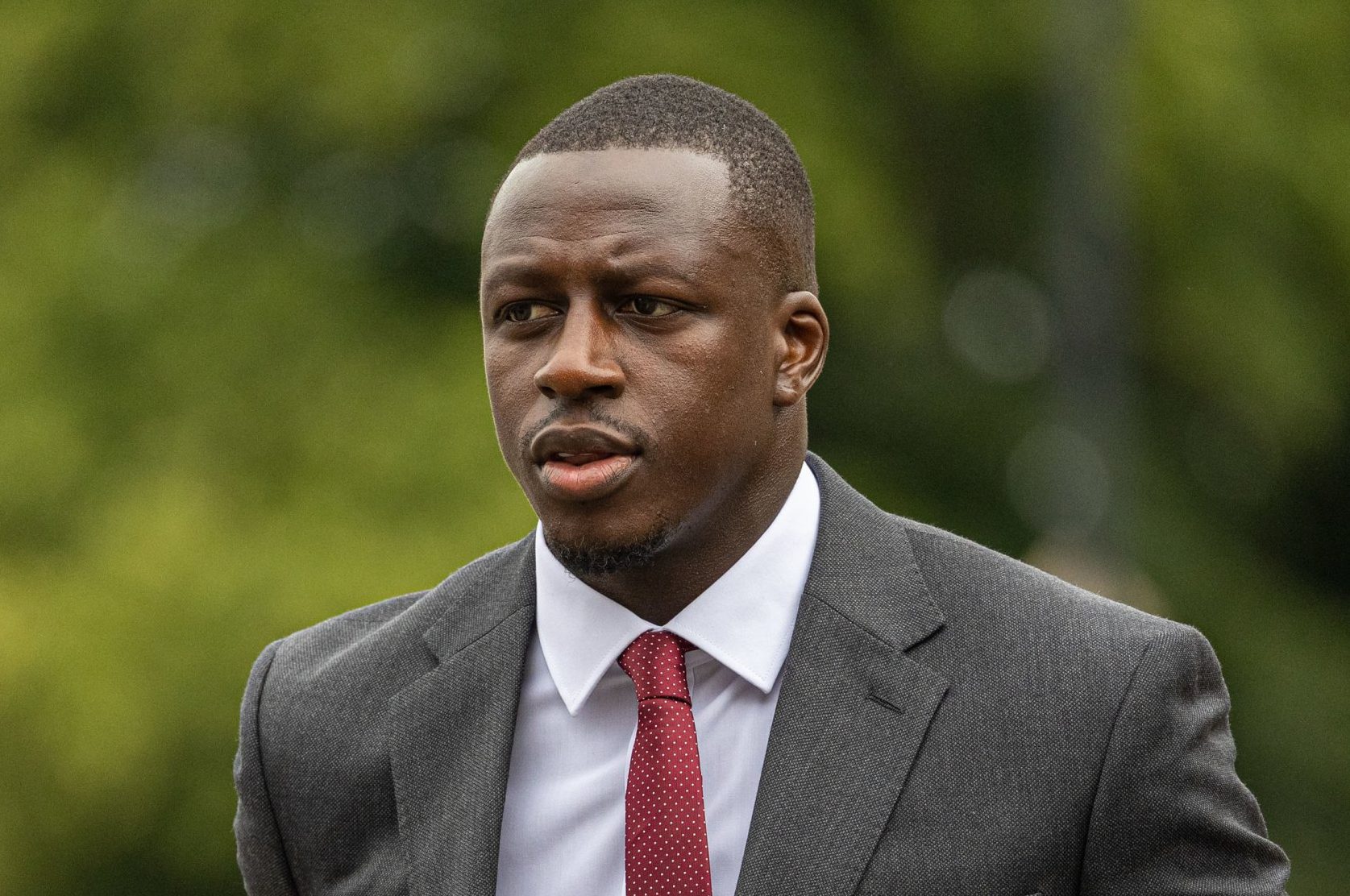 Manchester City defender Benjamin Mendy tried to rape a woman who had gone to his house to meet another footballer in his entourage, a court heard.

The 28-year-old French international ‘kept grabbing’ her after she had a shower in his mansion, she told police.

The woman, then aged 29, said he tugged at her towel, telling her he wanted to see her naked before attempting to have intercourse with her.

She thought about screaming but believed ‘there’s no point as he’s in his own territory’.

A jury at Chester crown court watched a recorded interview with the woman, now 32 – the first of seven who have made allegations against Mendy to give evidence in his trial.

She told how the player, wearing just his boxer shorts, walked into an en-suite bathroom as she was naked in the shower at his house.

She had stayed the night with one of his friends – French footballer, Diacko Fofana – following a night out in October 2018.

‘I saw him hold himself in his private area.’

The woman said she managed to wrap a towel around herself but Mendy snatched it off her.

‘I kept pushing him away, he kept grabbing me back,’ she told officers. ‘He sat on the bed and put me on top of him.’

She described how she was desperately trying to cling on to her towel as Mendy took off his boxer shorts.

‘I just kept trying to wriggle out. He got very close but I pushed him away as much as I could,’ she said.

The woman explained how she had met Mendy in 2017 in a club in Barcelona but she had been much more interested in Fofana, who was part of his ‘entourage’.

A year later she travelled to Manchester to see Fofana at the footballer’s house in Cheshire.

They went to a restaurant, a club and then to a second nightclub when Mendy approached her.

She said: ‘At one point he came up to me and said, “When he’s not looking, I’m going to kidnap you”. I thought he was joking.’

Mendy, who was described by prosecutors as a ‘predator’, denies eight counts of rape, one of attempted rape and one of sexual assault.

Gaining Strength in Spain, Sánchez Emerges as Beacon for Socialism in Europe

GCSE results day: 500,000 teenagers to get their grades today, amid warnings parents may call for exams to be scrapped