Mesut Ozil and Sead Kolasinac, who were involved in an attempted carjacking by armed robbers, have been withdrawn from the Arsenal squad as police investigate “further security incidents”.

The two players were targeted last month as Ozil drove his black Mercedes in north London.

His car was boxed in by two attackers on a moped wearing helmets and brandishing knives.

Security camera footage of the incident showed Kolasinac, who was a passenger, outside the vehicle and confronting the offenders.

The players were unhurt during the attack in Golder’s Green on 25 July.

Neither took part in the Emirates Cup match against Lyon the following weekend after talks with head coach Unai Emery.

But they had been expected to be in contention to face Newcastle on Sunday. 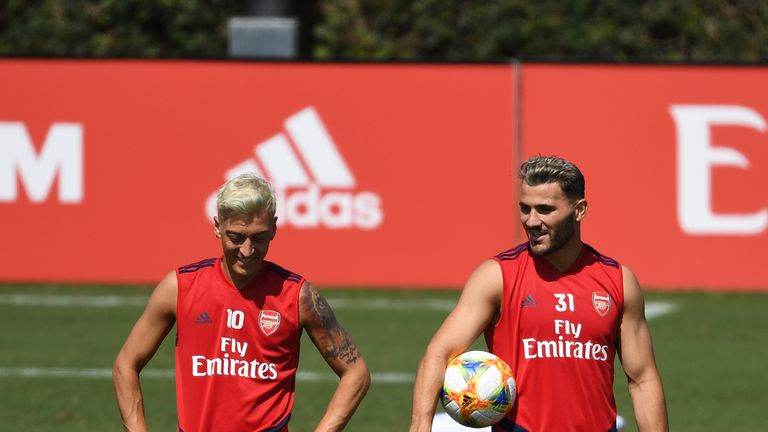 However the north London club has now said they will unavailable for selection for the St James’ Park clash.

In a statement, Arsenal said the players “will not be part of the squad for our opening match against Newcastle United following further security incidents which are being investigated by the police”.

“We are liaising with the police and are providing the players and their families with ongoing support.

“We look forward to welcoming the players back to the squad as soon as possible.”