BBC journalist appears to be chased by anti-lockdown protesters

Yesterday, outside Whitehall, in central London, a crowd shouted “traitor” and other slurs at BBC journalist Nicholas Watt as he walked near Downing Street. A video of the incident then went viral on social media and shows Mr Watt running away from anti-lockdown demonstrators towards a line of police officers. The police then faced a public backlash for not rushing to Mr Watt’s aid and for then releasing an initial statement, which claimed the police were not “in the immediate vicinity of the incident”.

However, this statement was later revised and a new one was released.

The new statement released by the Met Police said: “An initial statement issued earlier today suggested officers were not in the immediate vicinity of the incident.

“It was drafted based on the 45-second video of the incident which was shared very widely on social media this morning. 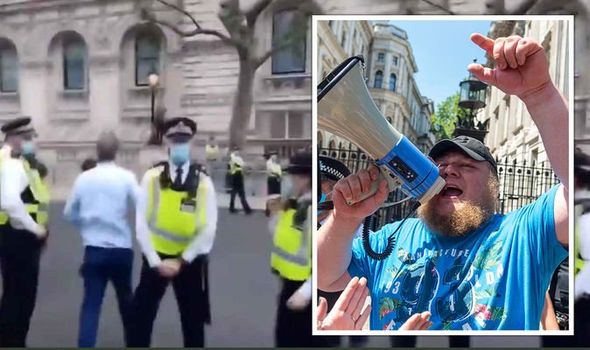 “That video began on Richmond Terrace and out of sight of officers on nearby Whitehall.

“We were subsequently made aware of a longer piece of footage lasting 3 minutes and 28 seconds which shows the incident in full.

“It is clear that the incident began on Whitehall where officers were present.”

The statement continues: “We are aware of a video that has been shared online which shows a journalist being aggressively confronted and chased by a group of protestors in the vicinity of Whitehall on Monday, 14 June. 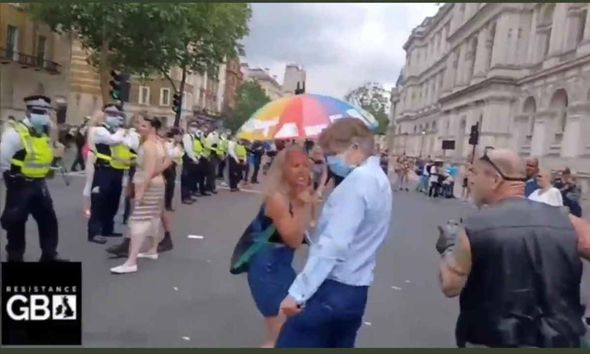 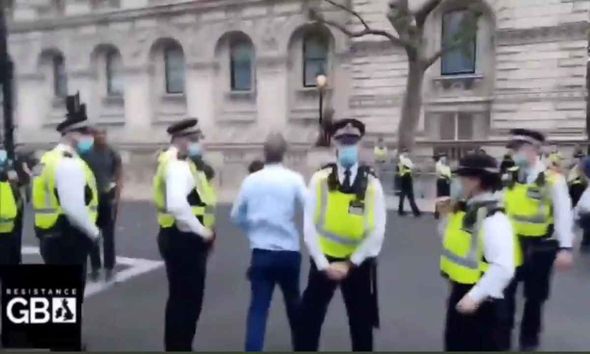 “The behaviour shown in the video is unacceptable.

“Members of the public, of any profession, have the right to go about their day without being subjected to verbal harassment or actions that put them in fear for their safety.

“After reviewing the video footage, a number of possible offences were identified and an investigation was launched.

“A man in his fifties is being interviewed by Met detectives at a police station in Hertfordshire in relation to the incident. 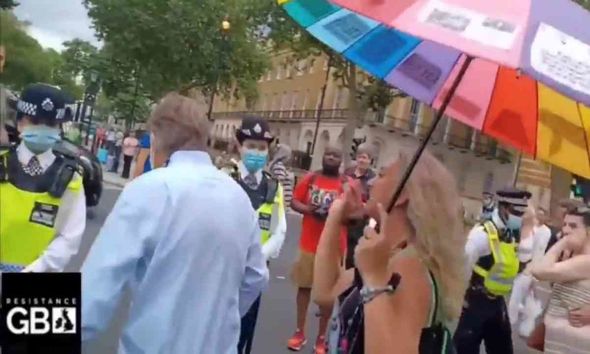 “A second man has been identified and is being actively sought by officers.”

The Met police added: “Anyone with information that could help to identify others involved in the incident should call 101 or tweet @MetCC.

“Information can also be provided to Crimestoppers, anonymously, by calling 0800 555 111.

“We also acknowledge the concerns that have been raised about the police response.

“We take those concerns seriously and will be reviewing our actions with a view to improving the policing of events for all Londoners.”