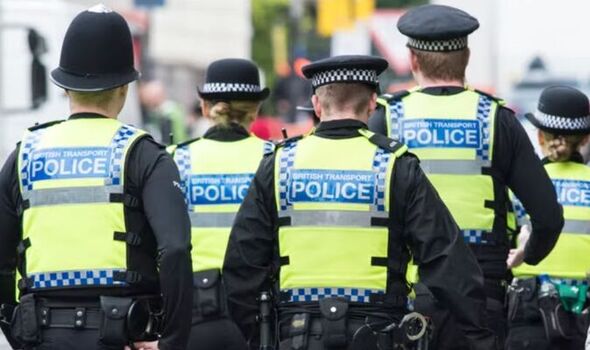 Following an investigation by the Independent Office for Police Conduct (IOPC), the six officers from three forces were found to have committed gross misconduct and have been sacked, or told they would have lost their jobs if they had not quit already.

The serving officers who have been dismissed are Pc Gary Bailey, of the Metropolitan Police Service (MPS), and Civil Nuclear Constabulary (CNC) Pc Matthew Forster.

An IOPC spokesman said: “The ‘Bottles and Stoppers’ chat group, as it was called, dated back to February 2019.

All the officers involved had previously worked for CNC but had transferred to the MPS when the messages were sent.

“During our investigation, we analysed more than 6,000 messages which included racist and homophobic comments, and derogatory remarks aimed at domestic abuse victims, people with disabilities, and women.

“A remark about ‘dodgy’ showers at Auschwitz prompted the response ‘very popular tho. I heard people were queuing up to go in them’.”

IOPC regional director Sal Naseem said: “The views expressed by these officers do not belong in a civilised society and as we have said before, social media cannot be a hiding place for them whether on a public platform or as part of a private group.

“Behaviour of this kind undermines public confidence in policing and the dismissal rulings by the panel today send out a strong message that it will not be tolerated.

“We will continue to ensure, along with police forces, that this type of behaviour is rooted out and those responsible are held to account for their actions.”

Cobban was found guilty of three counts of sending grossly offensive messages on a public communications network, while Borders was convicted of five charges after a Westminster Magistrates’ Court trial.

They were both sentenced in November to three months’ in prison, but were bailed pending an appeal.

‘Reverse nanny state!’ Vandals who attack delivery trucks during crisis should be punished