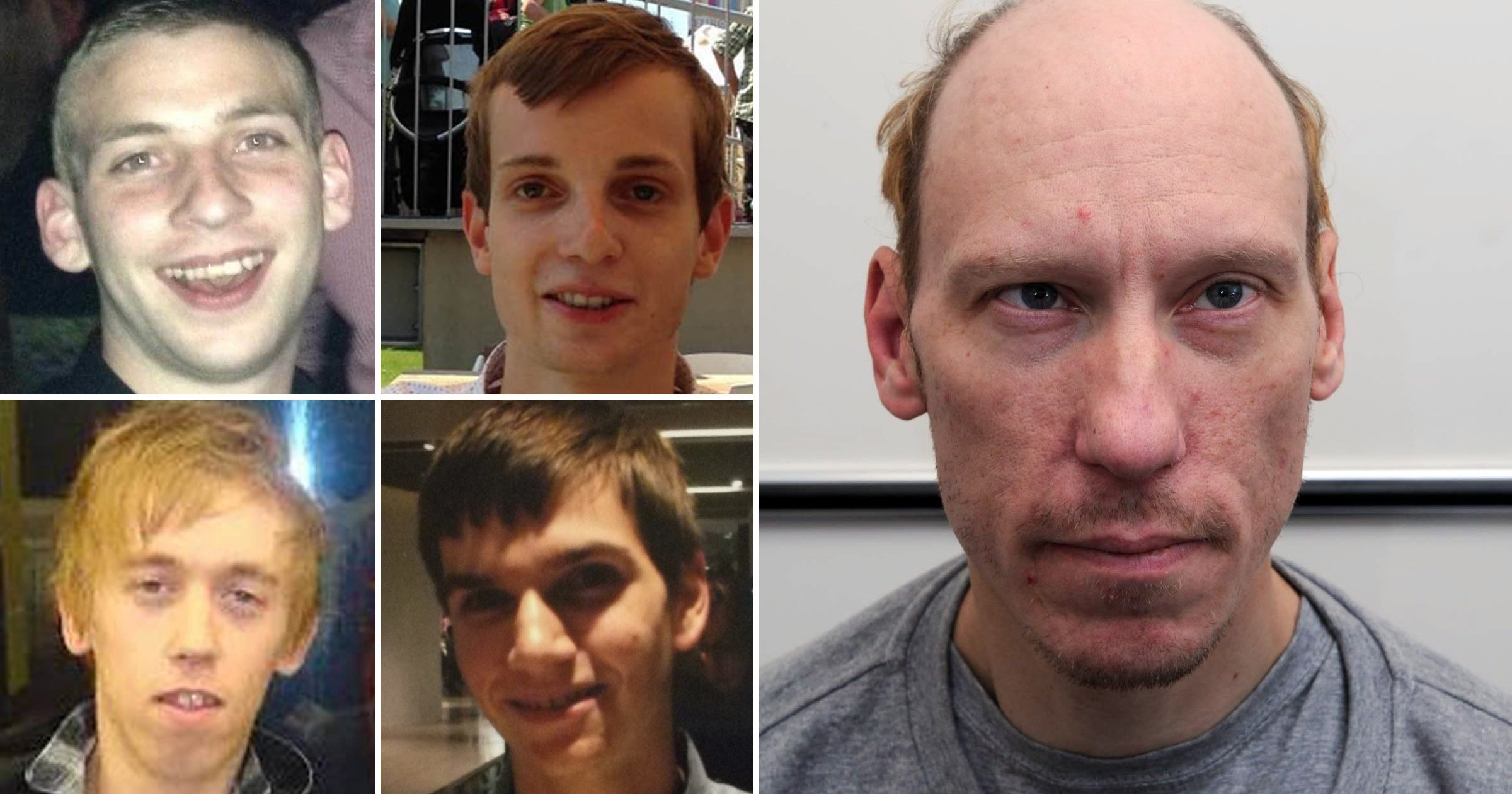 The inquests into the deaths of serial killer Stephen Port’s victims will examine whether some of their ‘lives might have been saved’ if the police had acted differently.

Port, now 46, murdered Anthony Walgate, 23, Gabriel Kovari, 22, Daniel Whitworth, 21, and Jack Taylor, 25, at his flat in Barking by giving them overdoses of the drug GHB before dumping their bodies nearby.

The killing spree spanned 16 months, between June 2014 and September 2015, and Port was handed a whole life sentence at the Old Bailey the following year.

Opening the inquests on Tuesday, Coroner Sarah Munro QC said responsibility for the murders of the four young gay men ‘ultimately rests with one man only – Stephen Port’.

But jurors were told they would look at the ‘competence and adequacy’ of the investigations into Port’s killings and consider whether ‘mistakes were made’ that delayed him being caught.

Ms Munro said: ‘If you consider things may have gone wrong, think about the extent to which, if at all, that made a difference to the outcome of the investigation.

‘We will have to consider had the investigations into the earlier deaths been conducted differently, the lives of those who died later might have been saved.’

During the inquest hearing, the victims’ loved ones gave moving statements sharing anecdotes about the young men and the devastation their murders had caused.

She said: ‘There is no amount of words to even be able to explain how much he is missed or to describe the pain we have to go through on a day to day basis.

‘Our whole world’s been shattered into pieces, our family has a big hole missing and we are all so broken without him. We love him so very much, we always have and we always will.’

Kent chef Mr Whitworth’s grandmother Barbara Whitworth said: ‘Daniel was my pride and joy and I can’t even begin to tell you how much I miss him.

‘He had his whole life in front of him and it seems so unfair that he was taken from us at such a young age.’

Mr Kovari’s brother Adam Kovari said: ‘My brother was an exceptional and ambitious young man that I am sure would be leading an amazing life today, if he had a chance.

‘He made a mistake of trusting people too much. This cost him life, but it should not have done.’

Sarah Sak, the mother of Hull fashion student Mr Walgate, told how he had grown in confidence after moving to London to study, turning from a ‘cygnet to a swan’.

It was decided that the local police team rather than the Met’s specialist homicide command should lead the investigation into his death.

Officers quickly established it was Port who had called an ambulance for Mr Walgate, but when questioned he lied to police and gave no indication that he knew him.

It was a week later before they realised that Port, using the name Joe Dean, had in fact arranged to meet Mr Walgate, who was working as an escort at the time.

A special post-mortem examination could not establish the cause of death and it was another two months before it emerged he had died from an overdose of GHB.

Port was prosecuted for perverting the course of justice over the lies he had told police and jailed in March 2015.

But by that time, he had already killed his next two victims, Mr Kovari and Mr Whitworth.

Within three weeks of each other, they were found dead in St Margaret’s churchyard – ‘remarkably’ by the same dog walker – just 300 metres from Port’s flat in Cooke Street.

At the time, Mr Kovari’s death was treated as ‘unexplained’ but not suspicious, and toxicology tests found he had GHB in his system.

When Mr Whitworth was found, he was holding what appeared to be a ‘suicide note’ in his left hand.

The note appeared to say Mr Whitworth was responsible for the death of Mr Kovari in an ‘accident’.

Ms Munro said the note was a lie, written by Port in an attempt to ‘cover up’ the death, but that only became clear ‘much later’.

Inquests into the deaths of Mr Kovari and Mr Whitworth in 2015 were set aside at the High Court in the wake of the murder trial.

During the first inquests, a friend of Mr Kovari, John Pape, had queried whether there could be a link with the earlier death of Mr Walgate.

A police officer said it had been considered but no link established. 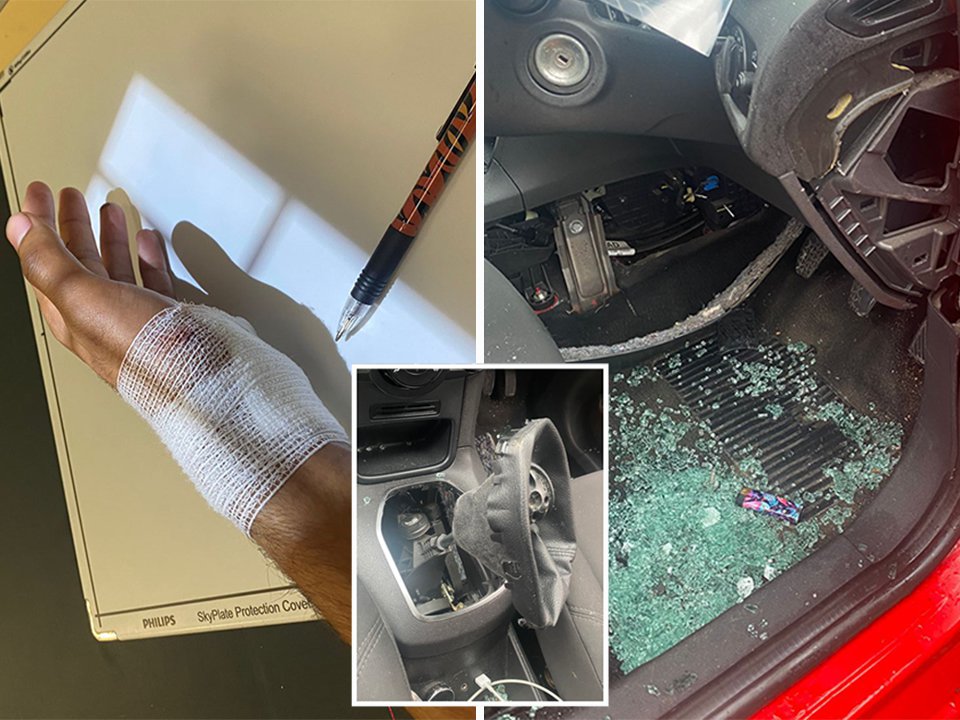 Ms Munro to told jurors: ‘If there appear to have been shortcomings in the way in which the police investigated these deaths, we must consider those shortcomings dispassionately and resist the temptation to look for scapegoats.’

She also warned the jury to ‘beware the wisdom of hindsight’ when considering what the police knew at the time of each of the deaths.

The hearings, which were postponed due to the pandemic, are being held at Barking Town Hall – just yards from where the victims were found dead.

Members of the victims’ families have attended the inquests, which are due to go on for up to 10 weeks.