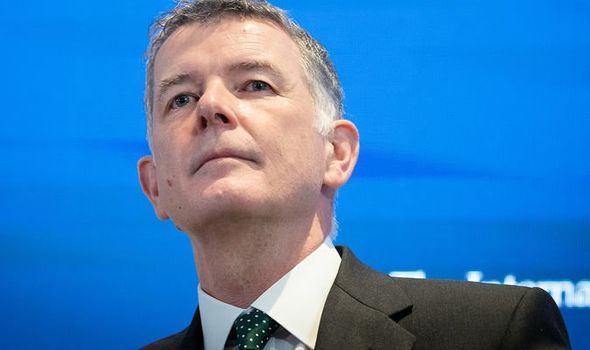 Richard Moore had revealed Chinese intelligence units are conducting “largescale espionage operations against the UK and our allies”.

Speaking to an audience in London, he said: “We are concerned by the Chinese government’s attempt to distort public discourse and political decision-making across the globe.

“Adapting to a world affected by the rise of China is the single greatest priority for MI6. We are deepening our understanding of China across the UK intelligence community.”

He warned that an over-confident China could pose a “serious challenge” to global peace if it acted rashly over issues such as the sovereignty of Taiwan.

Spies are targeting individuals who work in government, industry or in research which is of interest to Beijing, the MI6 chief said.

Chinese agents are also spying on their own people living in Britain.

He told how the communist nation is trying to get its “hooks” into leaders by using “debt and data traps”.

Debt traps involve countries being given loans they cannot repay, meaning they could be forced to do China’s bidding as a result.

And Beijing’s intelligence agencies are also harvesting data from around the world on such a scale that it could threaten the sovereignty of some nations, he claimed.

If features a British agent character – titled James Pond – who describes a “fictional Chinese debt trap and data trap” as a pathetic excuse to get more funding for British intelligence.

But the spoof backfired as, in a rare public riposte, Mr Moore tweeted: “Thank you for your interest (and the unexpected free publicity!)”