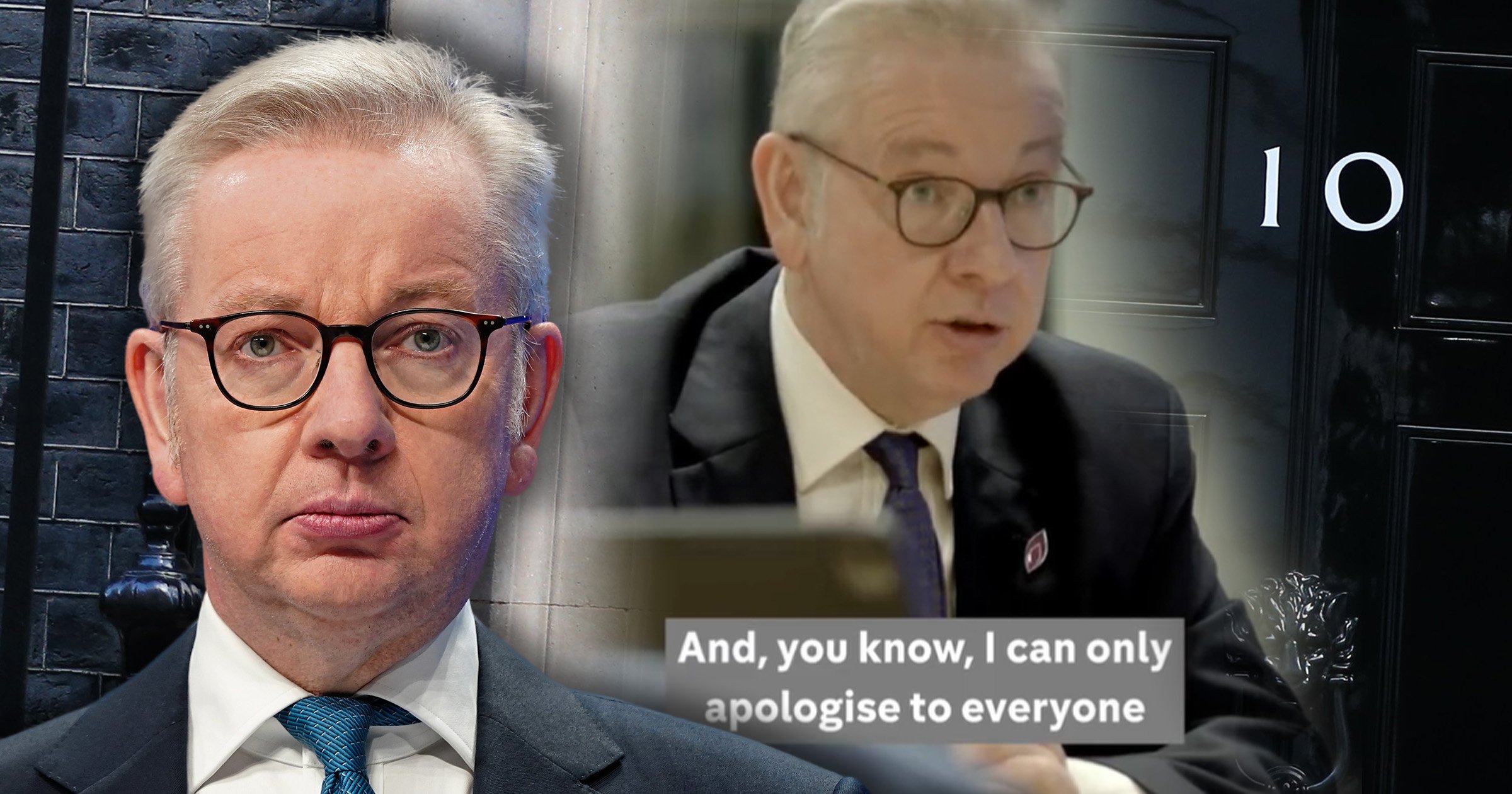 Michael Gove has apologised to ‘everyone who stuck to the rules’ while Boris Johnson and senior officials allegedly held parties durig lockdowns.

Gove was part of the prime minister’s ‘quad’ of top Cabinet figures in charge of the Covid response at the time of many of the gatherings, before he was put in charge of the government’s Levelling Up agenda in September.

As minister for the Cabinet Office, he also oversaw top officials embroiled in the allegations, such as Simon Case, the most senior civil servant in the UK, and Kate Josephs, who led the government’s Covid-19 taskforce until December 2020.

Grilled by broadcaster Andrew Neil for a Channel 4 documentary on Mr Johnson’s leadership on Sunday, Mr Gove admitted that ‘mistakes that were made by people in positions of influence and prestige’.

He appeared to struggle for words when challenged to explain why senior government figures allegedly flouted restrictions while driving a message that breaking the rules ‘[risks] killing your granny’.

Mr Neil confronted him with an NHS poster showing the face of a patient on a ventilator captioned: ‘Look her in the eyes and tell her you’ll never bend the rules’.

Mr Gove paused before replying: ‘That is an effecting and powerful reminder of what so many people went through. i can only apologise to everyone who stuck to the rules and did what they did was right at an incredibly difficult time

‘The fact that there were mistakes made by people in positions of influence and prestige is incredibly difficult.’

Mr Gove also suggested many of the allegations were politically motivated and hit back at ‘colourful parts of the narrative that I know for a fact are not true’, though he did not single out any particular claims.

The documentary featured criticism on Mr Johnson’s frail leadership from an array of Tory figures including backbenchers David Davis and Lee Anderson, who revealed that he had been unable to see his wife for three months when she was hospitalised during lockdown due to complications from cystic fibrosis.

Mr Neil, who is chairman of the Spectator, also claimed that Boris had a ‘deputy who did most of his work’ while editor of the magazine from 1999 to 2005 and suggested the issue led to his ‘amicable departure’.

A number of reported events and gatherings are under investigation by senior civil servant Sue Gray as well as the Metropolitan Police.

Mr Case, the Cabinet Office Secretary, withdrew from the investigation into the gatherings following claims of parties in his own office.

Ms Josephs, who led the government’s Covid-19 taskforce, has also admitted to hosting leaving drinks in the Cabinet Office in December 2020.