Michael Portillo has insisted the European Union has “not learned” to reconsider plans for its future direction despite the growing opposition to the bloc which resulted in Brexit. Mr Portillo admitted he had hoped Britain voting to leave would have spurred reconsideration over projects for further integration. But the former Tory MP told BBC’s This Week he had not witnessed any change of plans from eurocrat. He said: “The one thing I had hoped would happen was that the EU might think about its direction.

“Indeed, the removal of the British break seems, if anything, likely to accelerate the process towards this integration.”

Mr Portillo suggested the recent confirmation of former German defence minister Ursula von der Leyen as the next head of the European Commission, the bloc’s executive branch, signalled Brussels will indeed steam ahead to bring member states closer together.

He continued: “The selection of the new officers of the European Union – and one must say the selection, not election – of another federalist President of the European Commission, a lady who not only believes in the United States of Europe but a single European set of armed forces… 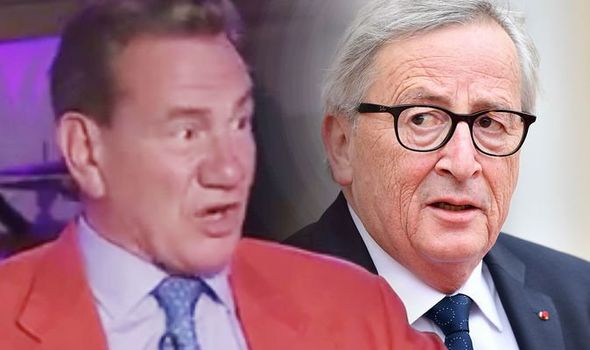 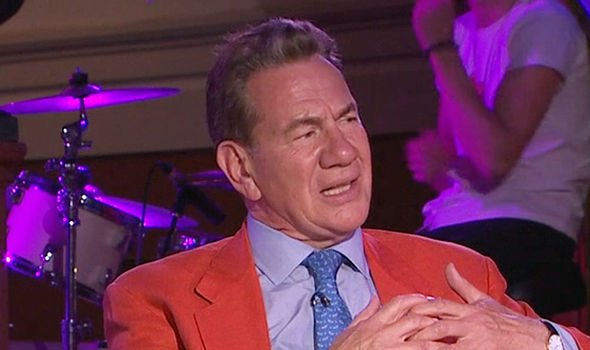 “All of this suggests that nothing has been learned from the populist movements of Europe including, if you like, Brexit in this country.

“I don’t think the EU’s better off without us and I don’t think we’ve managed to stop the worst thing happening.”

Former German defence minister Mrs von der Leyen was confirmed in her new post on Tuesday, securing her election by a majority of nine votes.

MEPs from across the bloc had lamented her appointment from the European Council, accusing them of “backroom deals” after EU27 leaders chose to bypass the standing selection process for one of the top roles within the bloc. 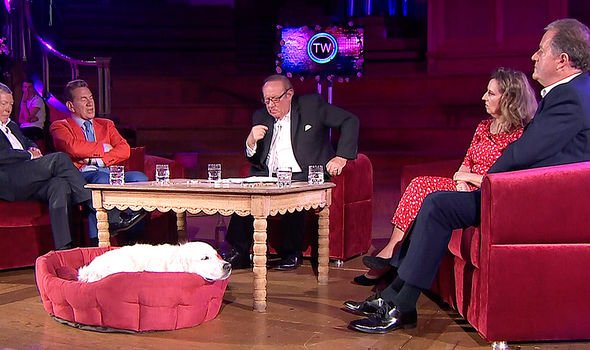 Mrs von der Leyen was forced to appeal to EU parliamentarians on the day of the vote with several additions to her green and economic agenda. She also hinted she would be willing to grant the UK a further extension to the Brexit deadline.

Addressing MEPs in the European Parliament in Strasbourg, the German politician said: “In 2016 a member state decided to leave the European Union. This is a serious decision – we regret it but we respect it.

“Since then, with the current government of the United Kingdom, the European Union has worked hard to organise the orderly departure of the UK.

“The withdrawal agreement concluded with the government with the United Kingdom provides certainty where Brexit created uncertainty.”

DON’T MISS:
Forgotten something, Michel? Barnier red-faced after no deal footage emerges [VIDEO]
Tory leadership: Boris ‘to appoint deputy PM that will thrill Brexiteers’ [LATEST]
Boris can ditch the gloom and get our nation behind Brexit [COMMENT] 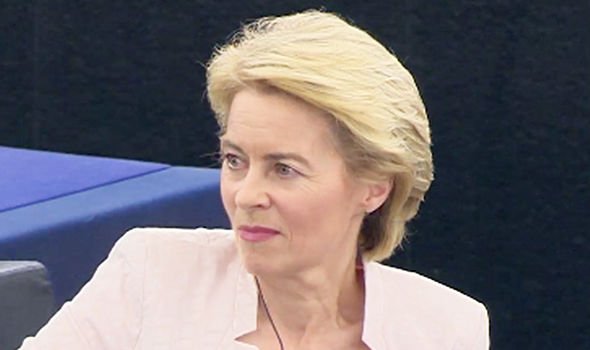 She added: “In preserving the rights of citizens and in preserving peace and stability on the island of Ireland, these two priorities are mine too.

“However, I stand ready for a further extension of the withdrawal date should more time be required for a good reason.”

However, Boris Johnson, the frontrunner to become the next British Prime Minister, has pledged to deliver Brexit without further delay.

During the Tory leadership contest, Mr Johnson has maintained he will take Britain out of the bloc on October 31 “come what may”.

The former foreign secretary had also confirmed he would be willing to quit the EU without a formal agreement to ensure the result of the 2016 referendum is respected.

One in four people still refusing to comply with coronavirus lockdown