Home » Europe » Midterm elections 2022: Everything you need to know and predictions 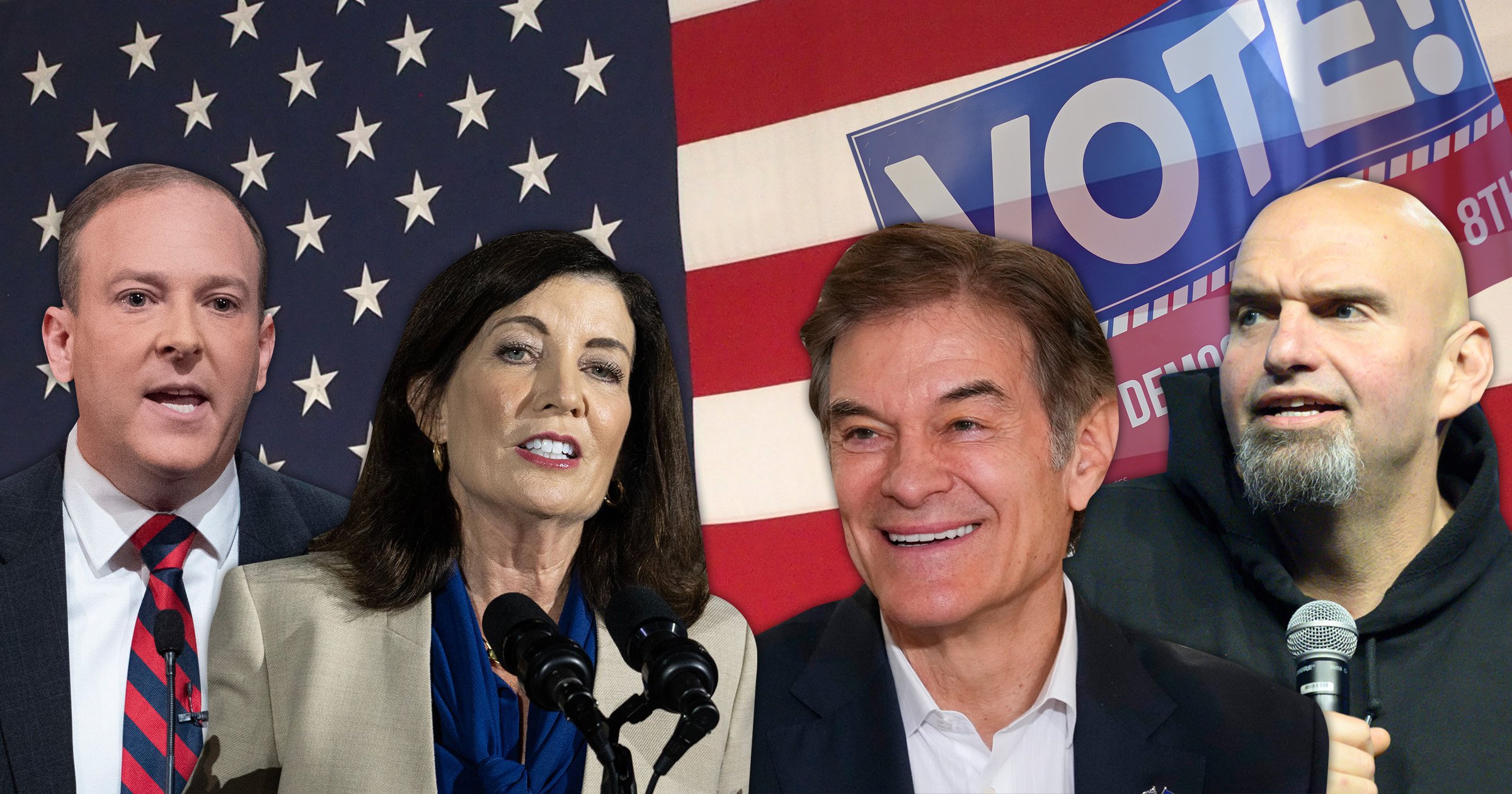 The US midterm elections take place on Tuesday, November 8, with the fate of all 435 seats in the House of Representatives, 35 in the Senate and 36 governorships in the hands of voters.

Americans will determine whether Democrats continue to control both chambers of Congress or whether a ‘red wave’ of Republican victories will shift the balance of power in favor of conservatives.

The midterms outcomes will also reflect voters’ satisfaction or displeasure with President Joe Biden’s performance – and the degree of influence his predecessor Donald Trump has as he reportedly mulls announcing whether he will make a 2024 bid.

Below are key elements and races to watch for on Election Day, as well as some predictions.

Republicans need to win five seats to gain control of the House and only one to claim a majority in the Senate.

The latest Real Clear Politics average of polls has Republicans winning at least 15 seats in the House for 227 total, and Democrats picking up 174. The current breakdown in the lower chamber is Democrats at 222 seats and the GOP at 213. Meanwhile the Senate, which is currently split 50-50 with Vice President Kamala Harris being the tie-breaking vote, could swing conservative with the GOP taking 53 seats.

As of mid-afternoon Sunday, 40,114,753 early votes were cast, according to the United States Elections Project.

The first vote tallies are expected on the East Coast from 7pm to 8pm ET. If Democrats appear defeated in close races like Virginia’s 7th congressional district or a Senate seat in North Carolina, that could signal success for the GOP.

Between 10pm and 11pm ET, with polls closed for at least an hour in the Midwest, Republicans could have enough victories for some media organizations to call the House in the GOP’s favor, according to the University of Virginia’s Center for Politics political analyst Kyle Kondik.

However, the result could take days if the fight for seats is close, as tallies begin arriving from the West Coast.

The outcome in the Senate could take weeks longer to settle, with close races in Arizona, Georgia and Pennsylvania likely being the determining factors. In Georgia, if no candidate wins more than 50% of the vote, a runoff election will be held on December 6, nearly a month after the midterms Election Day.

Pennsylvania’s open Senate seat is a close battle between Democrat John Fetterman, who had a stroke during the campaign, and Republican Mehmet Oz, a former celebrity doctor and TV host. Over the weekend, Trump joined Oz at a rally and said, ‘Fetterman is the single most dangerous Democrat seeking to join Congress this year and Dr Oz is the only one that can stop him’. Polls showed Oz ahead by just 0.1%.

In Wisconsin, the issue of race has played a central part in the close match between Republican Senator Ron Johnson and Democrat Mandela Barnes, who is the state’s lieutenant governor.

Among the gubernatorial races in the eight most popular states, the closest one could shape up to be in New York. Democratic Governor Kathy Hochul is attempting to come out on top of a late charge by Republican Rep Lee Zeldin.