More than 20,000 migrants have made the “dangerous” journey in small boats across the English Channel this year in an attempt to reach the UK, figures show.

The increasing number of crossings has prompted Amnesty International UK to call for an overhaul of the nation’s asylum system to provide safer and more secure routes for people wishing to reach the country.

The British authorities intercepted another 456 people attempting the crossing on Tuesday – while French officials also prevented 343 people trying to reach the UK. 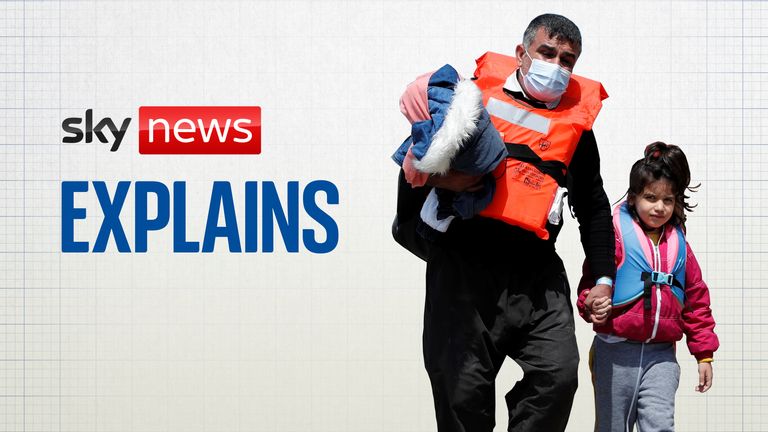 It comes a week after several migrants were feared to have been lost at sea while attempting the journey across the Channel, which is one of the busiest shipping lanes in the world.

Some 19,756 people had already reached the UK after navigating busy shipping lanes from France in small boats since the start of the year – more than double the total for the whole of 2020, according to data compiled by the PA news agency.

Among the large numbers of people seen being brought ashore in Dover on Monday was a girl clutching the hand of a man as she was led away from the water. 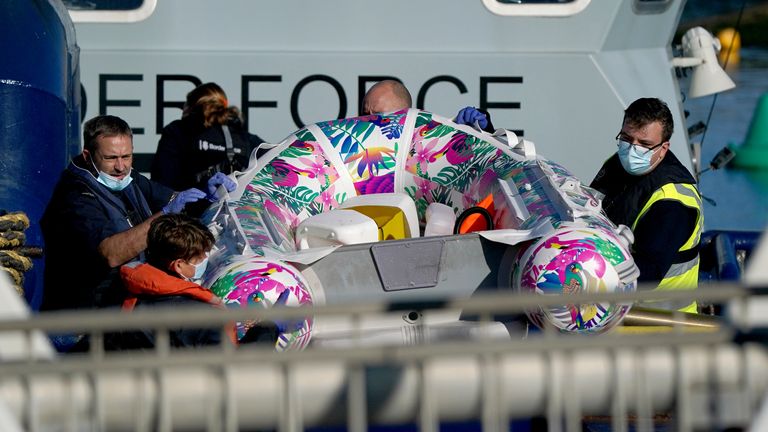 He added: “We are working with the French to stop boats leaving their beaches and crack down on the criminals driving these crossings.”

Last week, Home Secretary Priti Patel described an incident in which as many as three people are thought to be unaccounted for after trying to cross from France to the UK in a dinghy as “appalling” and an “absolute tragedy”.

Two men – both Somali nationals – were rescued off the Essex coast near Harwich on 25 October and searches for any possible remaining survivors have now been called off. 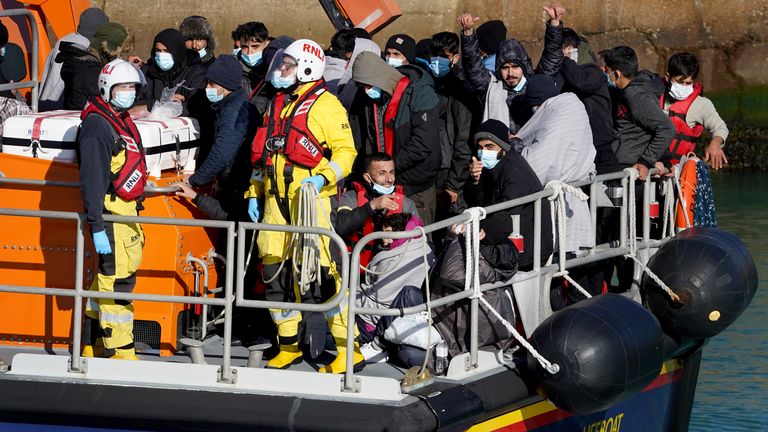 Amnesty International UK has called for the government to do more for people seeking asylum – and criticised how the “highly visible sea crossings” are being used to “justify draconian new policies”.

In a statement, the organisation’s chief executive Sacha Deshmukh said: “We need to remember that these dangerous crossings are taking place because the government has provided no safe alternative for people to exercise their right to seek asylum here.

“If Priti Patel is truly concerned with tackling criminal gangs and their exploitation of people, she needs to set up safe asylum routes so people no longer need to depend on smugglers. 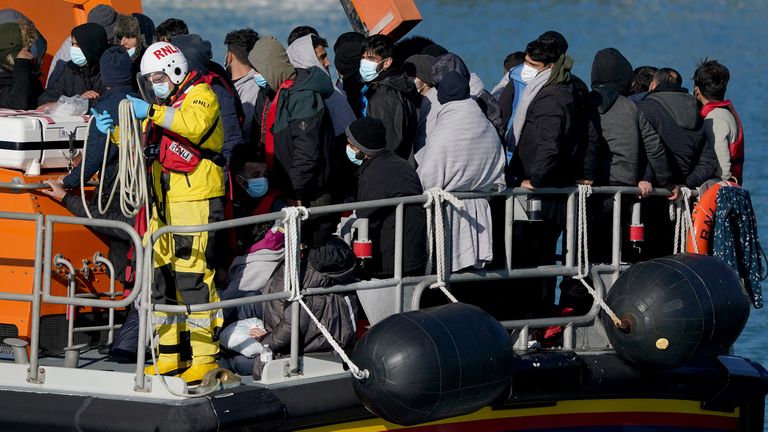 “Tragically, the government seems more interested in playing politics with asylum than in fulfilling its responsibilities toward people in need of a place of safety.

“Asylum claims are no higher now than they were two years ago and are much lower than in other European countries, but the government has seized on these highly visible sea crossings to justify draconian new policies criminalising people simply for seeking asylum.

“It’s misleading and deeply unhelpful to say France is a ‘safe country’ when, as ministers should know, many people who are perfectly entitled to seek asylum in Britain are trapped in miserable conditions in camps in northern France.

“We desperately need a new approach to asylum – including genuine Anglo-French efforts to devise safe asylum routes, a major overhaul of the painfully slow applications system, an end to the use of dangerous and unsuitable accommodation facilities like Napier Barracks, and a political approach based on real humanity not misinformation over so-called ’emergencies’ in the Channel.”