Local lifeboat teams have brought ashore a group of migrants, including a baby and several young children, following a day which saw the first people escorted to safety from the Channel to Dover in more than two weeks.

Eyewitnesses described authorities including Border Force and the RNLI as appearing to be very busy as a steady stream of crossings was thought to be under way amid calm waters and sunny skies.

French authorities were also on alert for more migrant crossings.

Local Royal National Lifeboat Institution (RNLI) teams based in Kent picked up a small boat carrying a large group of migrants at Dungeness on Monday morning. 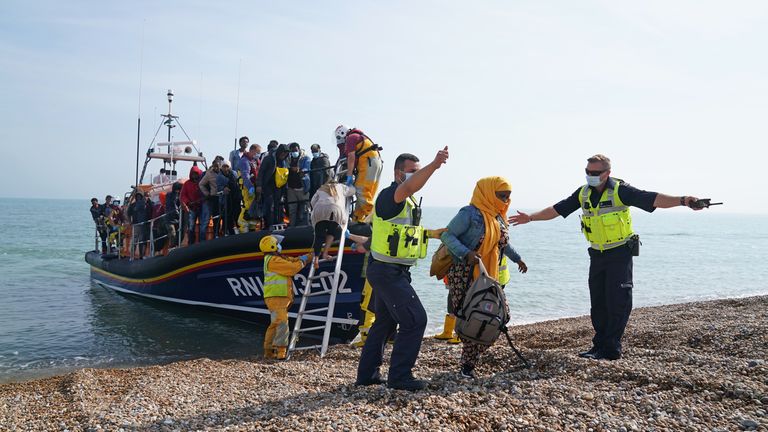 Photos taken at the time showed children and at least one baby being removed from the boat by RNLI volunteers.

One child was pictured smiling as she was carried ashore by one volunteer.

Their arrival in the UK comes after the first group of migrants, in more than two weeks, made the dangerous trip across the Channel. On Sunday, five children were among 158 people who were rescued at the port of Dover in Kent, after crossing from France.

Four toddlers wrapped in hooded jackets and a baby being carried in an adult’s arms were seen arriving, and a child’s cries were heard as the group were taken off the boat and led along the quayside to the Home Office immigration centre. 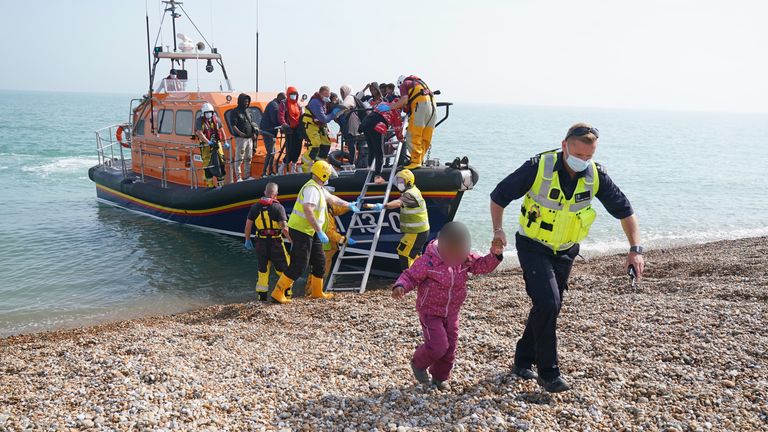 Across the water, French authorities rescued a four-year-old child among 23 people on board an inflatable boat that had got into difficulty after suffering engine damage.

Crossings over the perilous Dover Strait have been quiet due to bad weather, but have seemingly resumed with four boats arriving on Sunday and many thought to be attempting the journey on Monday.

Sunday’s arrivals brought the total number of people who have crossed the UK aboard small boats this year to more than 12,500, according to data from the PA news agency. 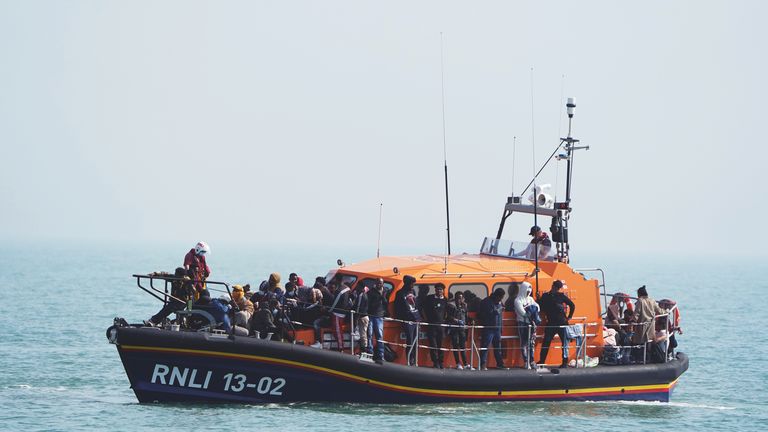 Crossings in 2021 have already eclipsed last year’s annual total of 8,417.

Home Secretary Priti Patel has previously said she will make the route “unviable” for people wanting to enter the UK illegally.

She wants to increase prison sentences for illegal migrants, and for those who “facilitate” crossings to get a life sentence.

BBC bombshell: Lord Hall’s blunt take on ‘it’s all over for corporation’ fear