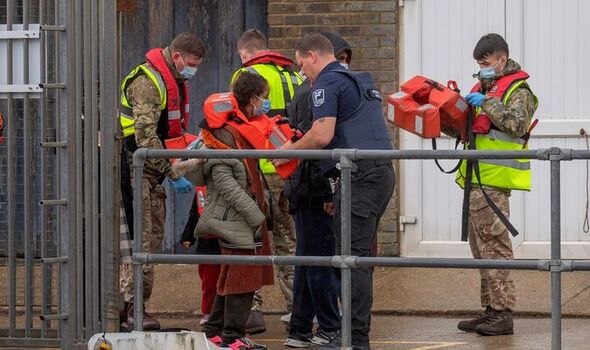 About 300 migrants would be deported to Rwanda each year under the Home Office scheme, and almost 100 have been given notices for removal so far. But around 10 of these have requested they be sent back to their country of origin rather than risk ending up in the small central African country.

Officials hope the number abandoning their claims will increase rapidly once the first flights to Rwanda begin.

The controversial policy was set up to deter migrants from crossing the busy English Channel in dangerous dinghies.

A government source is reported as saying: “It’s a positive start.We have always said we need to get the flights going before it becomes a deterrent, but this shows the direction we’re heading and why.”

The first flights have already been delayed by a legal appeal from a coalition of charities and a trade union representing immigration officials.

Migrants have seven days to appeal the deportation orders, and an estimated 20 have done so.