Mike Graham has slammed any talk of a republic after the Queen’s death. The radio presenter discussed how successful the Royal Funeral of Her Majesty the Queen was, and also discussed people paying their respects by queuing to see her lying in state. Mr Graham discussed how long the queues were, and how the queue had to be halted. He went on to claim that this last week has proved just how much the British public loves the Royal Family. Mr Graham was adamant that the UK should not entertain the idea of a republic.

Ms Feltz said: “Are you at all surprised by the sheer number of people lining the streets?

“They weren’t just two thick or three thick, what were they 20 thick or more than…”

Mr Graham told Talk TV: “I think at one point on Friday when it became clear they had to halt the numbers joining the queue.”

“And then of course the great thing that happened was they formed another queue to get into the other queue.

JUST IN: James Blunt quips he was ‘ushered to front of queue’ to see Queen lying in state 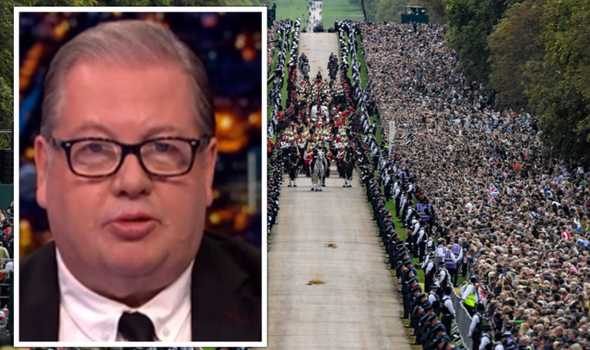 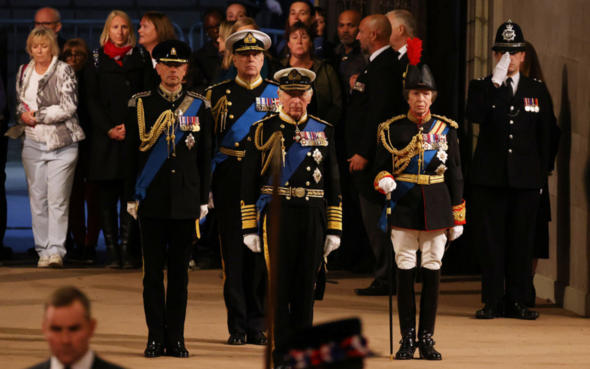 Mr Graham said: “And it was just this incredible number of people, and I don’t think even the organisers thought that there would be that many.

“Because there was a question mark at points, and there has been over the Royal Family, and there have been times when you think well maybe not everybody’s a fan.

“But I think Britain has absolutely proved in the last week, that you know we love the Royal Family.

“And we don’t want them to stop being the Royal Family and we’re not going to have any talk of a republic, thank you very much indeed.”

READMORE: Royals stand together as they say goodbye to Queen – along with millions around world

There has been some pushback against the Royal Family due to aspects of their history.

Some Britons have been calling for the abolition of the Monarchy for some time now, and organisations like Republic have been campaigning for the Royal Family to be removed.

Mr Drakeford told ITV’s Good Morning Britain: “Well there is a legitimate debate here in Wales around that whole issue. 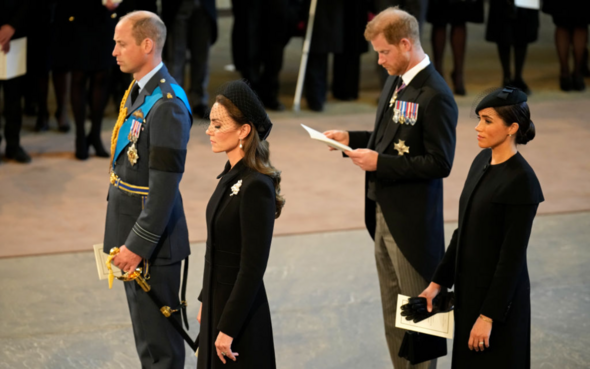 “My own view is that this is not the week for that debate to surface, this is a week when we are saying farewell to somebody who has been part of our lives for as long as most of us can ever remember.

“And for me, that is the issue that we should be focussing on today, there is a debate, it’s a legitimate debate and there will be time to have it after this week is over.”

“Nobody will expect somebody to become instantly fluent in a new language, but I’m quite sure that the new Prince of Wales will both understand the importance of the Welsh language and will want to make sure that his relationship with it is a respectful one and one that grasps that sense of significance.”

‘Knew more than I did!’ Kirsten Stewart schooled on Royals by two child actor co-stars