Home » Europe » Mila Jam: Non-binary singer says a ‘revolution’ is happening in the face of a ‘pushback’ against pronouns

Non-binary singer Mila Jam – having released their own version of disco classic It’s Raining Men called It’s Raining Them – says in the face of a “pushback” against pronouns a “revolution” is happening.

In London to promote their new music, the trans artist said: “There’s an evolution of vocabulary happening.”

“There’s just this pushback that keeps putting us in this box of not important not being discussed or seen, but there’s a revolution happening.”

The singer says changing the lyrics of a disco classic was about making a gay anthem more inclusive.

“The song is an anthem for the gay community, but there are more than just gay people in the queer LGBTQ+ community. So it’s for non-binary folk, trans folk, gender non-conforming folk, for they/them folk, it’s for the spectrum.”

From Demi Lovato confirming they were non-binary earlier this year through to Vice-President Kamala Harris showing solidarity with the trans community by introducing herself as she/her, society might be more accepting of gender diversity nowadays but the use of the pronoun “they” still causes divisions. 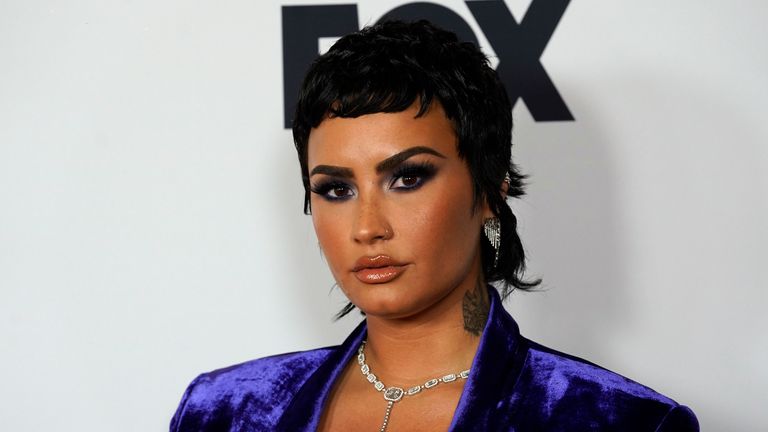 Naomi Cunningham, an employment barrister and co-founder of Campaign Group Sex Matters, sees the use of pronouns as a belief system, not a fact, with real-world implications.

“I am not transphobic. Nobody I know is transphobic, but I do believe that biological sex is real.”

She believes employers who enforce the use of pronouns in the workplace might have a legal case to answer to.

“If you have a colleague who says ‘I don’t believe that anyone can literally change sex and I’m not comfortable using pronouns that seem to me to be wrong’, if employers seek to insist that employees… introduce themselves with their pronouns or put them on their signatures or wear them on a badge or whatever, then there will be religion or belief discrimination claims arising out of that workplace, for sure.”

Learning to use the singular “they” might not be easy but it’s certainly not a new phenomenon.

According to the Oxford English Dictionary, there are examples of it being used in that way dating back to 1375.

“The pronouns we use now don’t look the same as they did 500 years ago and I think that gender is obviously a social issue.”

“People might feel like they’re on the back foot if they don’t understand contemporary debates but that’s why we have these debates. It’s so that we can spread knowledge and people can learn more about what gender means in the 21st century,” Dr Paterson continued.

Mila Jam’s remake was launched on streaming site Deezer, with 100% of their revenue from the song going to charity Gendered Intelligence.