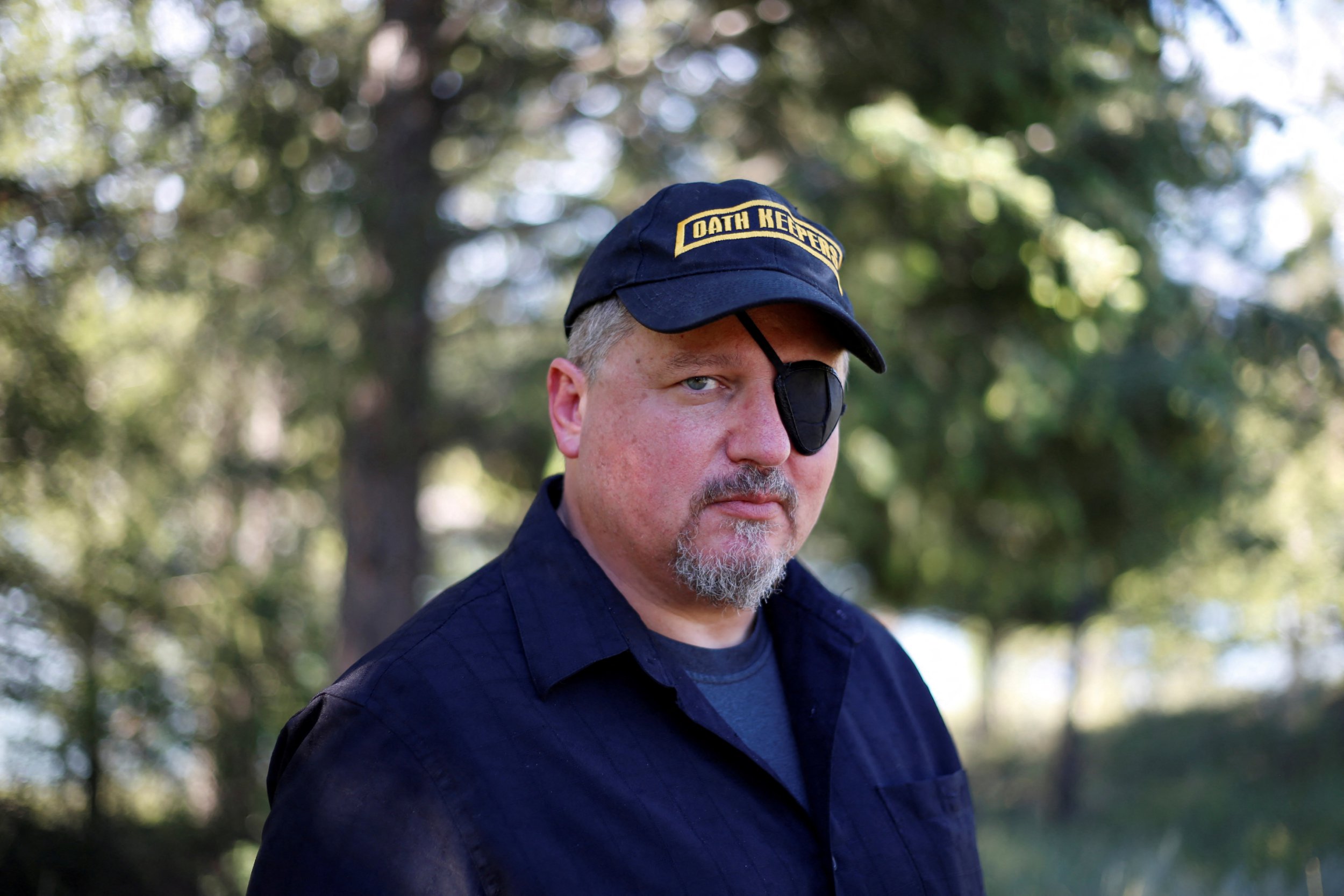 The founder and other leaders of a far-right militia group were found guilty of sedition on Tuesday for their role in planning the January 6 riots at the US Capitol.

Federal prosecutors accused Stewart Rhodes and four other leaders of the Oath Keepers militia of attempting to block Congress from certifying the results of the 2020 election.

Rhodes faced five charges based on his actions on January 6.

After deliberating for three days, a jury found Rhodes guilty of seditious conspiracy, obstructing an official proceeding, and tampering with documents. He as acquitted on two additional charges of conspiracy.

The sedition and obstruction charges each have a maximum prison sentence of 20 years.

‘The Justice Department is committed to holding accountable those criminally responsible for the assault on our democracy on January 6, 2021,’ Attorney General Merrick Garland stated. ‘The prosecutors and agents on this case worked tirelessly, with extraordinary skill and in the best traditions of the Department of Justice.’

Prosecutors showed that Rhodes entered a restricted part of the Capitol grounds on January 6 after crowds forced their way past a police barrier. He then directed his followers to meet him inside the building.

‘Meggs, Harrelson, and Watkins, along with other Oath Keepers and affiliates – many wearing paramilitary clothing and patches with the Oath Keepers name, logo, and insignia – marched in a “stack” formation up the east steps of the Capitol, joined a mob, and made their way into the Capitol,’ the Justice Department argued in court. ‘Rhodes and Caldwell remained outside the Capitol, where they coordinated activities.’

Outside the Capitol, the Oath Keepers also organized ‘quick reaction forces,’ or QRF teams, to support the capitol rioters. ‘The QRF teams were prepared to rapidly transport firearms and other weapons into Washington, DC, in support of operations aimed at using force to stop the lawful transfer of presidential power,’ the Justice Department stated.

In court, Rhodes took the stand to testify that there was no plan in place for January 6, and that his followers who entered the Capitol building had gone rogue.

However, recordings of Rhodes speaking to his comrades cast doubt on his testimony.

‘If [Trump’s] not going to do the right thing and he’s just gonna let himself be removed illegally then we should have brought rifles,’ Rhodes could be heard saying. ‘We should have fixed it right then and there. I’d hang [House Speaker] Pelosi from the lamppost.’

‘As this case shows, breaking the law in an attempt to undermine the functioning of American democracy will not be tolerated,’ FBI Director Christopher Wray stated on Tuesday.

Rhodes is a former US Army paratrooper and disbarred lawyer who once attended Yale Law School. He founded the Oath Keepers in 2009.

The organization quickly became one the largest organizations in the right-wing militia movement. It has attracted ‘tens of thousands of present and former law enforcement officials and military veterans,’ according to the Southern Poverty Law Center.

The Oath Keepers have volunteered to provide security at far-right protests, including the 2017 Unite the Right rally in Charlottesville, Virginia, where a protestor killed a counter-protestor with their car.