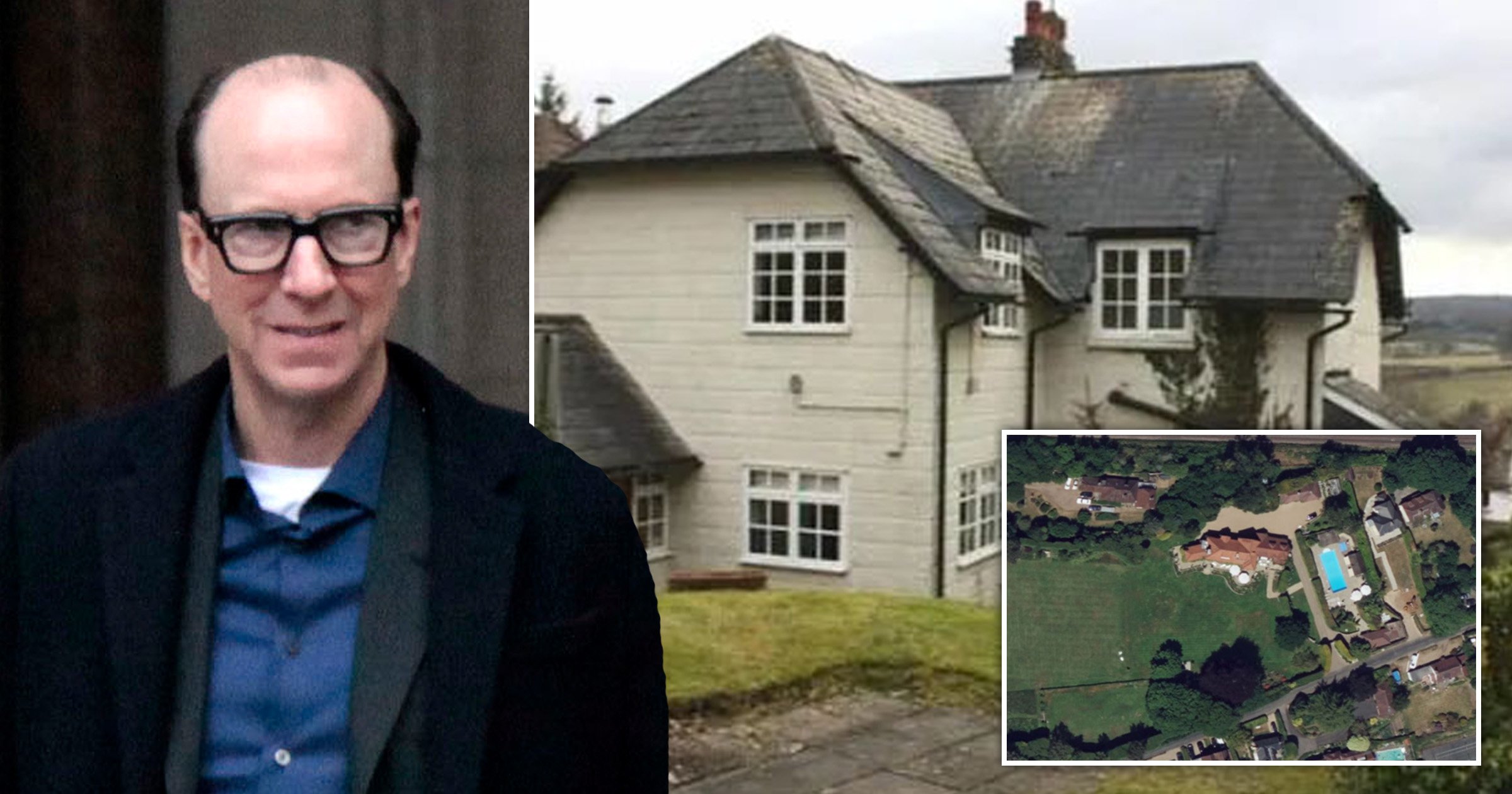 A millionaire couple are locked in a court battle with an elderly neighbour they accuse of setting fire to their garden fence and abusing their guests.

The Dyers, both 64, have obtained an interim injunction, banning him from piling ‘combustible or explosive materials’ near or against the wooden fence that separates them.

They are seeking a permanent order and this week brought a bid to have him found in contempt of court and face possible imprisonment.

Days after the blaze in Surrey, Judge Mark Gargan granted Mr and Mrs Dyer an interim injunction at the High Court, banning their neighbour from storing ‘explosive or combustible materials’ within three meters of the fence between their properties until a court has had time to examine the evidence.

Mr Baker ‘strenuously denies’ setting the fence on fire and is fighting the claim, accusing his neighbours of being ‘utterly unreasonable’.

Since moving into their home in 1997 – the Dyers have made a total of 37 planning applications relating to their home and a large field at the back of their garden which they also own, some of which were turned down or withdrawn following objections from neighbours.

When the couple made a ‘permanent helipad’ in the field in 2007 they clashed with local council planners who served them an enforcement notice.

Matthew Haynes, representing Mr and Mrs Dyer, told Mrs Justice Hill this week that, after ‘a period of calm’ lasting several years, trouble between the neighbours erupted again when the couple’s fence caught fire in June 2021.

Mr Haynes said: ‘The parties are neighbours. This contempt application is made against a background of 25 years’ harassment by Mr Baker of Mr and Mrs Dyer, ever since they moved into their house in 1997.

‘Historical issues have related to the poisoning of dogs and trees, malicious letters and phone calls, abuse to visitors arriving by helicopter (and) rubbish such as tyres and Tango can(s) put in the field.

‘After a period of calm from 2012, matters culminated on June 6, 2021, when Mr Baker deliberately set fire to the boundary fence between the parties’ properties – and it was only fortuitous that Mrs Dyer was present to take steps to extinguish it.’

Mr Haynes told the court there is ‘a video of the fire showing Mrs Dyer having to deal with it’.

‘It was a very worrying and dangerous position for Mrs Dyer, who now feels unable to leave the family home,’ he said.

But Lina Mattsson, for Mr Baker, told the court the Dyers’ claims were ‘false allegations’ with the facts of the matter still to be decided by county court trial.

She said: ‘It is the defendant’s case that the claimants have over the years made various false allegations against both him and his neighbours and used the threat of litigation and ‘substantial’ costs orders as a means of intimidation to stop the neighbours objecting to the claimants’ various planning applications/breach of planning law.

‘In June 2021, after almost a decade without any contact between the parties, the claimants issued these proceedings alleging that the defendant had set fire to the wooden fence separating the parties properties.

‘Mr Baker strenuously denies doing this and there is not a shred of evidence to support the allegation which appears to be based on pure conjecture.

‘It is Mr Baker’s case that the historic claims against him are untrue and spurious.’

At the time the interim injunction was made, Mr Baker had lacked lawyers and didn’t attend court or oppose its making, she told the judge.

Mr Haynes said Mr Baker had ingredients for a bonfire including a number of petrol canisters, a bundle of tied lengths of wood, bags containing wood chippings.

But Lisa Mattsson added: ‘Save for Mr Dyer’s assertion that a bag of woodchips is combustible, no items have been identified by the claimant as combustible or explosive.

‘Wood cannot be considered combustible when the fence itself is made of wood.’

She told the judge Mr Baker has made an ‘offer to move any item identified’.

The neighbours will meet in court for a full trial of the dispute at a later date.