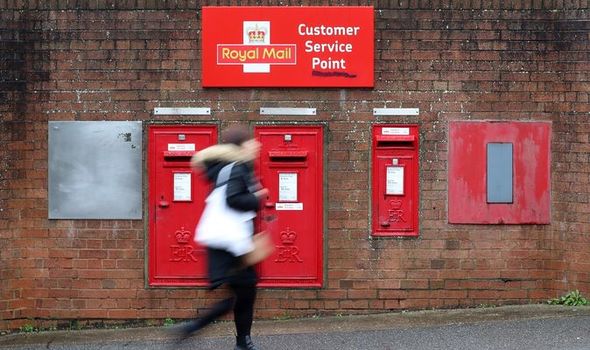 A total of 77 offices were affected, although that had fallen to 56 by the weekend. One third of staff were absent from some sites. Under its contract with the Government, Royal Mail must be able to deliver letters six days a week to every address. But many households are said to be awaiting important documents. These include hospital appointment letters and driving licences plus criminal record checks needed by nurses, teachers and childminders taking up new jobs.

One father posted three Government-issued PCR Covid tests for his family in a priority postbox in south-east London on December 12 – by last night he had still not received the results. Rob Hayhurst, of the CWU postal workers union, said: “Pre-pandemic, we never failed. Posties are not used to failing. Now, we are failing deliveries every day.

“They are seeing bags and bags of mail stacking up in sorting offices. We are supposed to be delivering hospital appointments, debit cards, bank statements, legal documents… and they just don’t happen. A lot of places, particularly on the South Coast, are getting their post only two or three times a week.”

Post staff used to deliver twice a day before deliveries were cut to once daily in 2004. Communications regulator Ofcom fined Royal Mail £1.5million in 2020 for failing to deliver at least 93 percent of first-class post within one working day of its collection.

This January 1 the cost of a first-class stamp jumped by 9p to 85p. Second-class postage increased by 1p to 66p – just 10 months after the previous price rise had been brought into effect.

Tragedy as girl, 11, suddenly collapses and dies at school after suffering heart attack