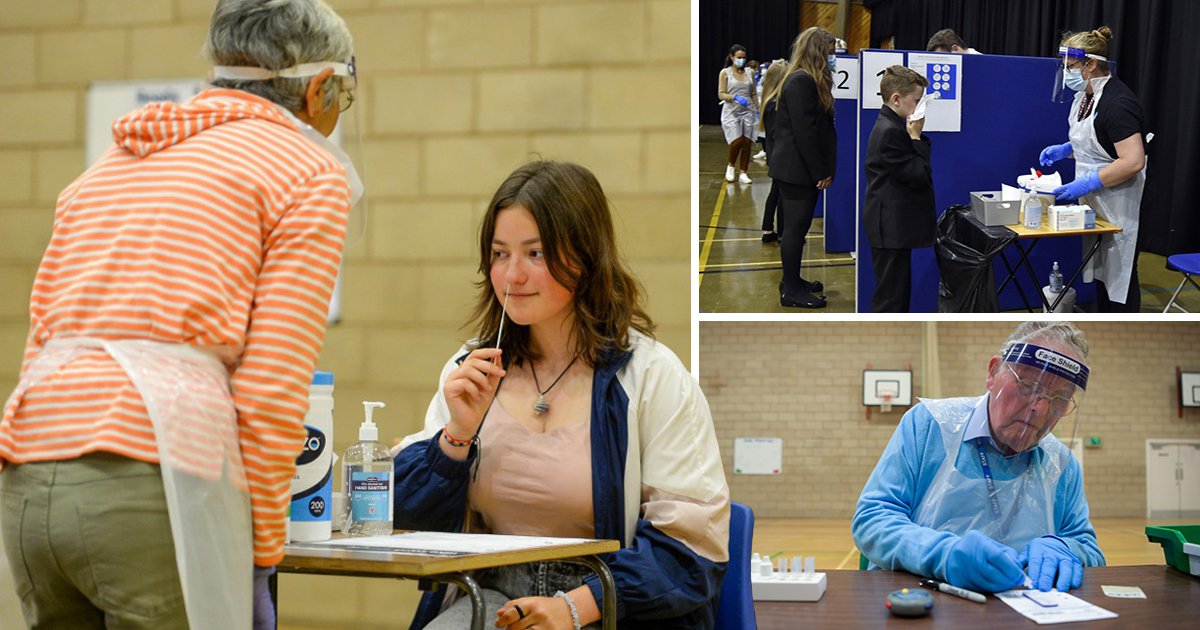 This Monday marks the first full week back for most school pupils across England and Wales after coronavirus restrictions were fully lifted.

Although regular testing is being used, rules on social distancing and face masks in class have been scrapped.

The school bubbles system has also been ditched and students will only have to isolate if they test positive for Covid-19 themselves.

Experts have warned of a rapid rise in cases without these measures in place.

The Joint Committee on Vaccination and Immunisation (JCVI) has further decided against universal Covid-19 vaccines for children aged between 12 and 15, instead only advising those who have underlying health conditions to get the jab.

Cases are more than 30 times higher among children than they were at this time last year before the second wave.

But education secretary Gavin Williamson has insisted he wants to see a return to normality and will ‘move heaven and earth’ to avoid shutting schools again if there is a rise in infections.

The minister told LBC radio: ‘I will move heaven and earth to make sure that we aren’t in a position of having to close schools.’

He added he was ‘absolutely’ confident pupils will get their GCSEs and A-levels at the end of this school year after exams were cancelled for two years in a row due to the pandemic.

‘We’ve had two years where we’ve not been able to run a normal series of exams,’ he said.

‘I don’t think anyone wants to see a third year of that. We want to get back to normal, not just in terms of what the classroom experience is like but also the exam experience.’

But in the event of an outbreak, Mr Williamson did not rule out outdoor classes and assemblies.

He told BBC Radio 4’s Today programme: ‘It is certainly not something that we’d be expecting to see an awful lot of, especially in autumn and winter.’

A Department for Education spokesman said it hopes to make a balance between making schools safe this, and reducing disruption to learning.

A statement said: ‘We know the past 18 months have been incredibly difficult for young people, and we have invested more than £17 million to build on the mental health support currently available in schools.’

Concerns about a possible autumn spike across the UK have grown after schools returned a fortnight ago in Scotland.

The country’s cases have been rising over the last week, with 6,368 new cases reported yesterday.

Case numbers doubled in a week after classrooms reopened and Scotland’s deputy first minister John Swinney said the rise was partly fuelled by the return of schools after the summer holidays.