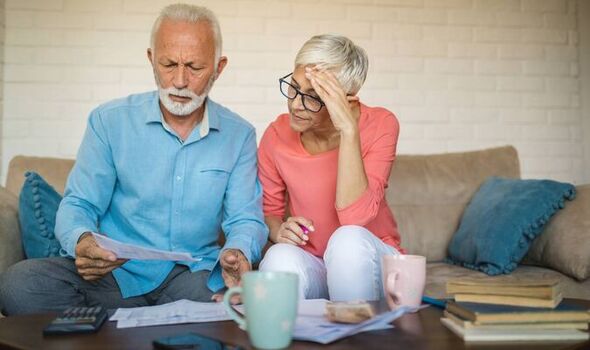 Officials at the Department for Work and Pensions admitted that they have known about the blunders for years but are trying to correct them. Politicians and pensions advisers urged the Government to correct the deficits as a matter of urgency.

Former pensions minister Sir Steve Webb, said he was never told about the problem, and added: “The scale of these errors is truly mind-blowing.

“It beggars belief to hear that a government department could simply decide that it was acceptable to pay the wrong rate of pension for decades, but feel under no duty to tell Parliament or the public.

“If the DWP has sat on this secret for decades, it makes you wonder how many other things simply get brushed under the carpet.”

Sir Stephen Timms, Labour chairman of the work and pensions select committee said: “It is worrying that the DWP’s IT systems have not kept pace with the demands on them.”

Nigel Peaple, director of policy and advocacy at the Pensions and Lifetime Savings Association said: “It is essential that the Government takes care to ensure it is paid out correctly.”

“Even though the UK state pension is quite low by comparison with other rich, developed countries, it makes up the majority of pension income for most people in the country.”

The problem has arisen because the computer system introduced in the 1980s cannot cope with an extra payment given to some pensioners who worked during the 1960s and 1970s.

They are eligible for the Graduated Retirement Benefit – but the computer has been unable to calculate the increments accurately.

Insiders claim 98 per cent of miscalculations are of 1p or 2p per week, all are below 10p, and some recipients have been overpaid.

Sir Steve, who was pensions minister for five years to 2015, said: “Although the errors are typically small, this could have knock-on effects, perhaps wrongly depriving some people of much larger amounts in means-tested benefits such as Pension Credit.”

The news comes weeks after official analysis suggested 23 percent of pensioners were underpaid and 17 percent were overpaid.

DWP officials have been strongly criticised in the past over the handling of long-term state pension underpayments.

It has underpaid an estimated 134,000 pensioners, mostly women, more than £1 billion of their state pension entitlement, with some errors dating as far back as 1985 and a correction exercise was started in January 2021.

A DWP spokesperson said: “Our priority is ensuring every pensioner receives the financial support to which they are entitled and most Graduated Retirement Benefit awards are correct.

“Where they are not, the vast majority of over and under payments are of 1p or 2p per week and we are looking at solutions to this issue which has occurred under successive governments.”

Flock of sheep vanishes from farm without a trace