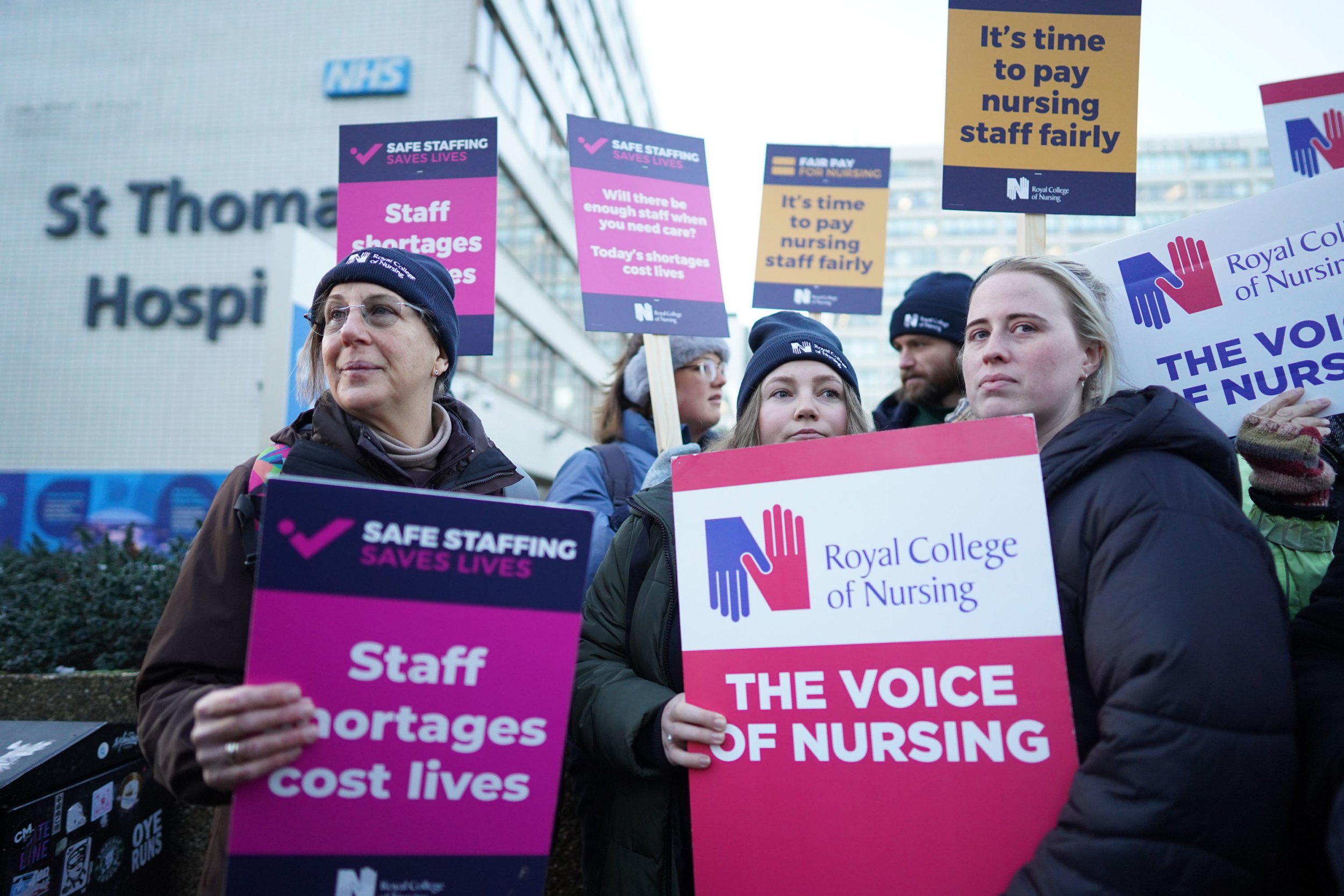 Less than 16,000 NHS appointments have had to be rescheduled during the nurses’ strike despite the government’s inflated forecasts.

Health minister Maria Caulfield had warned that some 70,000 procedures would be lost due to the 12-hour industrial action as workers staged their biggest ever walkout in the history of the healthcare service.

But those numbers were found to be grossly overestimated, with about 54,000 less than she suggested.

According to provisional NHS data reported by trusts where the Royal College of Nursing (RCN) industrial action took place on Thursday, 2,452 inpatient and day case elective procedures and 13,327 outpatient appointments were rescheduled.

Across England, 9,999 staff were absent from work due to the strike, according to figures on the NHS England website.

The highest numbers were seen in the South West where nurses came to 2,372, with 2,023 in the Midlands.

Despite the number of postponed appointments, polling showed the majority of Brits support the action announced after several years of falling pay and declining standards has left the country’s healthcare system in a state of crisis.

Even those most affected by the strikes have been issuing messaged of support.

Striking staff have offered to suspend the planned industrial action if the health secretary sits down and negotiates on pay.

But Rishi Sunak has refused to bow to pressure from health leaders and some senior Conservatives to engage in talks.

England’s chief nurse Dame Ruth May also turned up on the picket line outside St Thomas’ Hospital in London.

She also urged ministers to reach a resolution with the union immediately.

Nurses in England, Wales and Northern Ireland are expected to head to the picket lines again on Tuesday if the government does not intervene.

Speaking to the BBC during a visit to Belfast, the prime minister said: ‘The health secretary has always been clear, the door is always open, that’s always been the case.

‘But we want to be fair, reasonable and constructive, that’s why we accepted the recommendations of an independent pay body about what fair pay would be.’

Mark Carney: Will a Remainer be next Bank of England Governor? When is Carney leaving?