The UK Government is reportedly planning to bring back the free train travel for military personnel to attend remembrance services this year after it witnessed flak from ministers to scrap the offer, a news report has stated. The Rail Delivery Group (RDG), which represents rail companies, had said the waiving of the charge for veterans would not apply this year, as it did in 2019 and 2021, as the cost to taxpayers would be “too great”, The Guardian reports.

The Guardian reported about an internal briefing for staff by the RDG that stated that due to Covid, all revenue risk was being managed by the Department for Transport, meaning public money was being used to fund the railways.

It stated: “Because it was not known how many military personnel would claim free train travel to remembrance services, the RDG, which represents rail companies, said the possible cost was ‘seen as too great a loss to taxpayers’”.

The memo reported by The Guardian stated: “Anyone enquiring if the free travel offer will be in place for 2022 should sensitively be told that it is not possible to offer free travel this year,” adding they should be reminded of discounts available with the HM Forces and veterans railcards.

Earlier an RDG spokesperson had said: “Although we are unable to offer free travel to veterans on Remembrance Sunday this year, we would encourage current and former military personnel to use our armed forces railcard or veterans railcard. 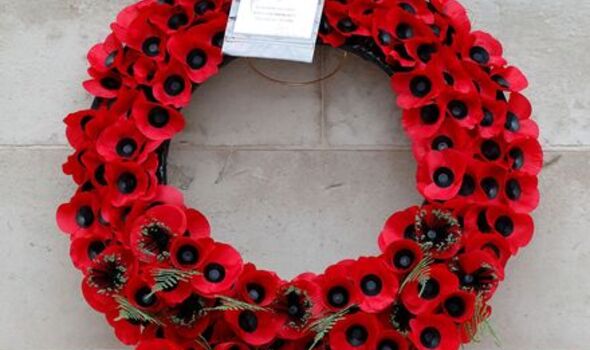 “They provide significant discounts on rail travel for the whole year.”

However, Anne-Marie Trevelyan, the Transport Secretary, has now insisted that the Government is not scrapping free travel for veterans.

She wrote on social media: “As a proud champion of our armed forces, I’m appalled by reports veterans would pay for their travel to commemorate the fallen. Incorrect.

“Our Armed Forces Covenant is a commitment to go the extra mile for our military. Train travel for veterans for remembrance remains free.”

Mr Shapps wrote: “Our military veterans have given of themselves to protect us all. It cannot be right to remove this small piece of recognition for their service to the country.

“I trust transport ministers will urgently review and reverse this.”

Remembrance Sunday will be held on November 13 this year, and the Royal British Legion says it is an “opportunity to remember the service and sacrifice of all those that have defended our freedoms and protected our way of life”.

The proposed move to no longer grant free train travel to military personnel had been criticised by Johnny Mercer, the Conservative MP for Plymouth Moor View, who told The Guardian prior to the U-turn: “This is the first government in UK history that seems happy to be reducing serving military personnel’s rights.

“Liz Truss has taken away ministers from the Office of Veterans’ Affairs and there seems to be a deliberate focus away from veterans and serving personnel.

“I’d suggest the prime minister rectifies this immediately, as I’m sure she will be aware how hollow she’ll look at remembrance when her policies are so obviously in the other direction.”

Coronavirus: Chaos for holidaymakers as flights and holidays axed over COVID-19 fears