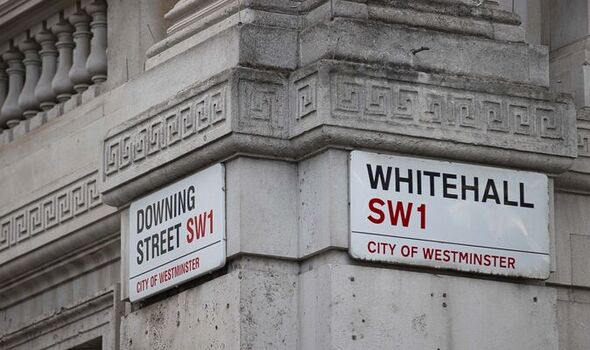 The battle plans come as rocketing inflation and sky-high fuel and food bills pave the way for a potentially catastrophic winter. Millions fear they will struggle to put food on tables and keep homes warm, Covid lingers on and the spectre of strikes looms in almost every industry.

Peers called the crisis a “Dunkirk moment” and money experts warned of another Black Wednesday crash.

The blackout test was spurred by the threat of surging hospital admissions, fuel rationing and a feared 600 percent utility bills rise, sources said.

Last week, ministers launched Operation Noble Birch – a test of whether the Government can keep operations functioning in the first six to eight hours of a blackout. More trials will take place in October, plus a full-scale rehearsal in November.

Cabinet Office minister Kit Malthouse is liaising with the Met Office over long-term weather forecasts. It is hoped a mild winter will greatly reduce power bills.

Police forces have voiced alarm at the prospect of public disorder such as thefts from supermarkets and petrol forecourts and a spike in burglaries.

The UK was plunged into its deepest recession since the Second World War after investment bank Lehman Brothers collapsed on September 15, 2008.

A former No10 aide, who now works in the City, warned: “The hedge fund guys now believe a proper Black Wednesday moment could happen.”

On the eve of Foreign Secretary Liz Truss expected to be declared Prime Minister on Monday, an aide revealed: “Liz has been grilling officials and aides on economic plans, stress-testing ideas and totally running the show.

“Monday’s speech will be very short and contain one message: showing she gets how difficult the cost of living is, that she empathises with people and understands the need for immediate action. Expect an energy announcement to come pretty fast out of the blocks.”

Gas prices are set to leap as much as 50 percent after Russia shut down its main pipeline to Europe last week.

Although denied by the Kremlin, the move is widely seen as retaliation for Europe’s support for Ukraine after February’s invasion.

Average household energy bills could now hit £8,000 next year and manufacturers, including chemical and steel producers, could go to a four-day week to save costs. Defence Secretary Ben Wallace warned on Sunday that Russia’s economic war on the West could last a decade.

He said of the Nord Stream switch-off: “This is just another effort by Russia to bully the West into abandoning our values.

“It won’t work. But what it will do is convince us all that the best thing for all our futures is to invest in alternative sources and leave Russia at the mercy of China.”

Although the UK is not reliant on Nord Stream 1 for gas, the closure could drive up the cost of wholesale gas, which has seen the consumer price cap rise exponentially.

Energy regulator Ofgem said the cap would increase by 80 percent to £3,549 per year next month.

Bills are set to rocket again to £5,400 in January and to at least £6,600 by Easter, according to analysts Cornwall Insight.

The Resolution Foundation think-tank said real household disposable incomes were set to plummet by 10 percent – a figure equal to £3,000 – over this year and 2023.

It said the number living in absolute poverty would rise to 14 million by 2023/24 unless the new PM issued immediate emergency help. Former Conservative Party leader, Sir Iain Duncan Smith, said he was “astonished” the UK was “sitting on an island of gas and oil and we have cut right back”.

He added: “Successive governments have failed to recognise that gas is going to be needed in the future.

“They’ve never reversed the terrible moratorium on fracking on shale gas. We should have mines pumping shale gas right now.”

They said: “Government action on the energy crisis must recognise this is a Dunkirk moment. Patching up won’t do, radical action is vital.

“Privatisation has failed consumers who are being forced to pay well over cost of production and also for collapsed energy suppliers through soaring costs and higher standing charges.”