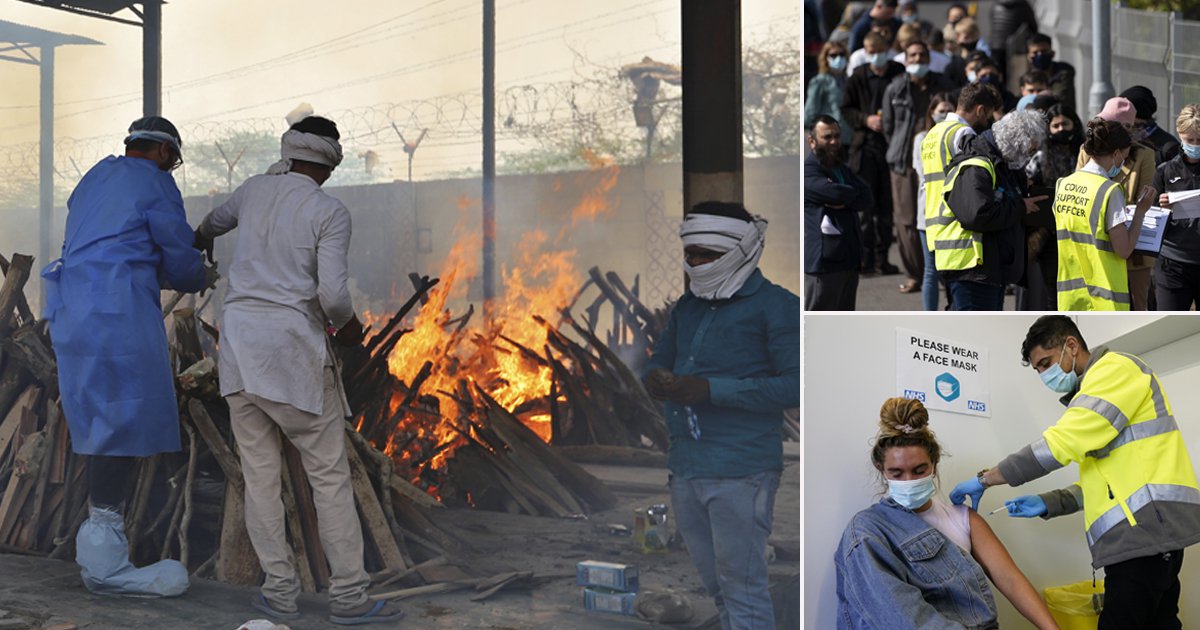 Ministers knew the highly infectious Indian Covid variant had arrived in Britain two weeks before informing the public, it has been revealed.

Boris Johnson and others were informed of the strain’s arrival on April 1, but no official statement was made until April 15, reports the Times.

It would be a further eight days before India was placed on the travel red list on April 23, imposing severe restrictions on anyone arriving from the country.

But by then, tens of thousands of potential carriers had been allowed to enter the UK over a period of 23 days.

The Indian variant now accounts for up to 75% of new infections in Britain.

By comparison, in December 2020, South Africa was slapped with a travel ban and placed on the red list just two days after the variant bearing the country’s name was detected in the UK.

It was a different story with the Indian strain, which was first branded a ‘variant under investigation’ by Public Heath England (PHE) on April 1, with ministers being immediately informed.

The very next day, a travel ban was placed on all travellers arriving from Pakistan and Bangladesh, but not India.

By April 15, there were 77 known cases of the Indian variant in Britain, but a travel ban on the country was not announced until four days later, and did not come into force until April 23.

Senior political sources have suggested the prime minister may have delayed border restrictions against India because he wanted to keep relations smooth ahead of crucial Brexit trade talks.

But a Whitehall source told the Times that the borders were kept open to ensure vaccine supplies from the country.

The source said: ‘The government was told that if they effectively closed our border with India and put them on the red list, it would be much harder for us to access their vaccines and that was the reason for the delay.

‘It had nothing to do with the trade deal. The data was presented by officials, which suggested that India should have gone on the red list much sooner.’

The latest revelation comes after the prime minister’s former top aide Dominic Cummings labelled his border policy a ‘joke’ during a bombshell appearance at a select committee on Wednesday.

It was known by the end of March that a double mutant variant was spreading rapidly in India, with the country warning of its higher infection rate and its potential to undermine vaccines.

But at least 20,000 people were allowed to travel to the UK from India in the first three weeks of April.

The Indian variant has already taken hold in Britain, and is now threatening to scupper plans for the lifting of restrictions on so-called ‘Freedom Day’ on June 21.

UK weather: White Easter forecast in parts as temperatures set to drop over the weekend