The comedian, famous for her BBC Sitcom Miranda, was hosting a section of the Jubilee Concert and so was invited to a party at the Palace afterwards. She met Prince William and Prince Harry at this event and proceeded to apologise to Harry for making flirtatious jokes about him during her stand-up routine. Harry was “very sweet” and started to joke that if there had been music they could “start rumours” by dancing together.

Miranda decided to continue the banter, but accidentally delivered her joke in a tone that was way too dry, so Harry thought she was being serious when she stared at him and said: “I can hear music.”

Recalling the incident on The Graham Norton Show in 2015, she put her head in her hands and said she was “mortified”.

Miranda said: “I hosted a section of the Jubilee Concert [in 2012] so there was a party afterwards at Buckingham Palace so I actually met Wills and Harry, which was very exciting.

“But I completely died on my arse with Prince Harry, it was so embarrassing. 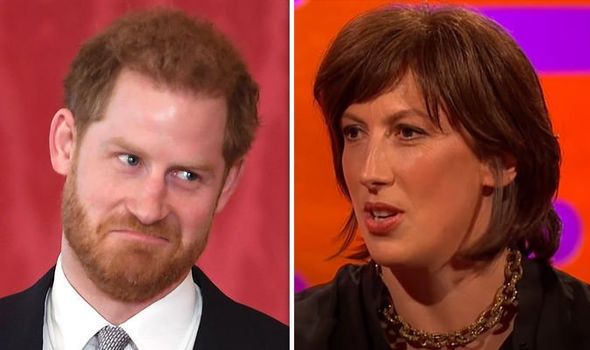 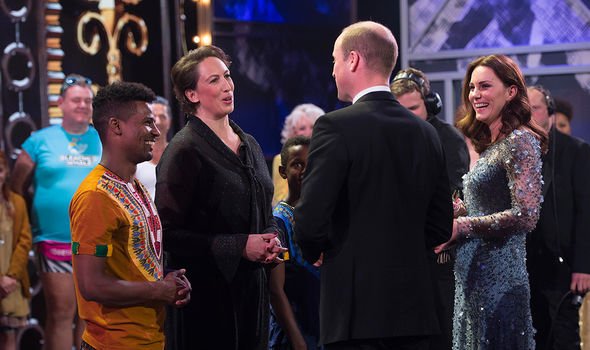 “Because I said ‘sorry about the silly flirting jokes I did about you’ and he said ‘no, that’s fine’ and he said, ‘it’s a shame there’s no music here and dancing, because we could start rumours and dance’.

“And he was being really sweet and endearing and then I said, as a joke but way too dryly so he thought I was being serious, ‘I can hear music’.

“And he was gone before I could say it was a joke, I just delivered it all wrong, it was awful. 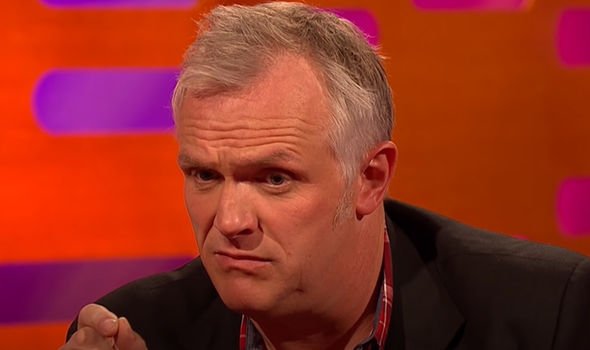 Miranda was alongside two others on the sofa with funny royal anecdotes – fellow comedian Greg Davies and actor Rupert Everett.

Greg explained how he met Princess Anne in a line-up and was the victim of one of her savage put-downs.

He claimed Anne said to him: “A lot of ex-teachers become comedians. I can’t see why.”

He joked that he “grabbed her and threw her into the lights”, but hastened to add that she was actually “very sweet, a very nice lady”. 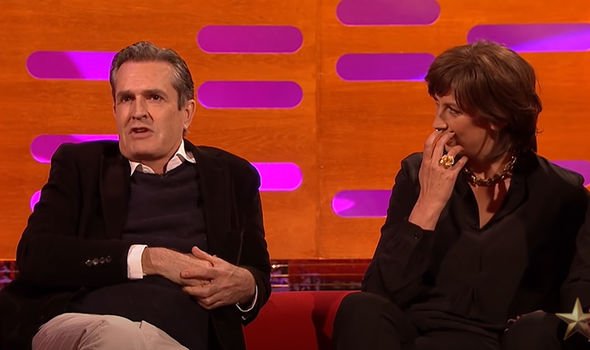 Meanwhile, Rupert Everett enjoyed a night out at the theatre with Princess Margaret and her lady-in-waiting back in 1986.

He described an excruciating moment when he accidentally made a royal faux pas.

The actor had been chatting to Margaret in Kensington Palace, when the princess took out a cigarette and looked at him expectantly.

Not knowing he was supposed to light it, he just carried on chatting.

Eventually, he noticed that the lady-in-waiting was also looking at him expectantly and that there was a lighter on the table.

However, he interpreted this to mean they were offering him a light, said “don’t mind if I do” and lit his own cigarette.

Laughing, he recalled: “They all looked absolutely horrified.”

He also remembered how the Queen’s sister nicknamed him “Leggy” due to his “marvellous legs” and that he was too nervous to go to the toilet in the interval and was squirming through the entire second half.

He also admitted he was never asked out again, hinting that perhaps it was because Margaret had realised he was gay.

In this way, all three guests managed to have quite an embarrassing time when they met the Royal Family.