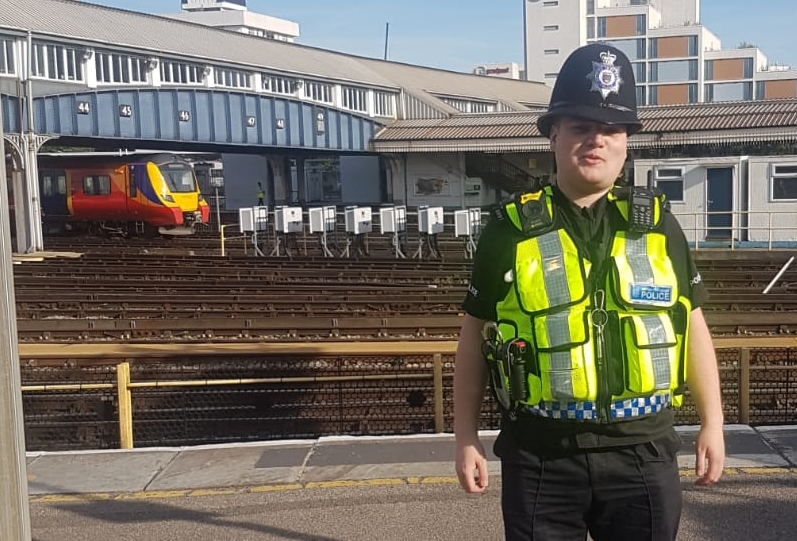 A police sergeant who set up anonymous social media accounts to troll a female officer has been kicked out of the force.

British Transport Police (BTP) Sergeant Connor Phillips referred to his victim as ‘my b****’.

He also used the account to send ‘inappropriate, upsetting and derogatory’ messages to the colleague and her friends.

Phillips also filed an anonymous report to the force’s standards committee, accusing the woman of making bad comments against another officer.

A public misconduct hearing was told how he began setting up anonymous social media accounts to troll the officer around October 2020.

Phillips had also started using derogatory nicknames to refer to her around colleagues between August and November of that year.

The following March, he sent an anonymous text claiming to be concerned about her ex-boyfriend, and in May texted her again to say ‘meet up?’.

Phillips, who transferred from Dundee BTP to London in 2018, resigned from the Force in March 2022 and has been formally dismissed following a disciplinary hearing.

A BTP spokesperson said: ‘The independent misconduct hearing panel took the view that his actions were driven by misogyny and amounted to sexual harassment.’

Detective Superintendent Peter Fulton, head of force’s Professional Standards Department, added: ‘Connor Phillips is not fit to be a police officer and he won’t be ever again.

‘Premeditated misogynistic behaviour of this kind by an officer is gravely worrying, and this outcome sends a clear message that it simply will not be tolerated within BTP.’

The panel concluded his actions amounted to gross misconduct, and he would have been dismissed had he still been a serving officer.

Det Supt Fulton added: ‘Connor Phillips launched a devious, systematic and highly planned attack against another officer which has understandably caused her and those close to her significant distress and concern over a long period of time.

‘I would like to commend her courage in coming forward which enabled us to launch a lengthy and complex investigation into his abhorrent activity.

‘I fully support the decision of the panel to dismiss him with immediate effect.’

What’s up with WhatsApp and should we be worried?