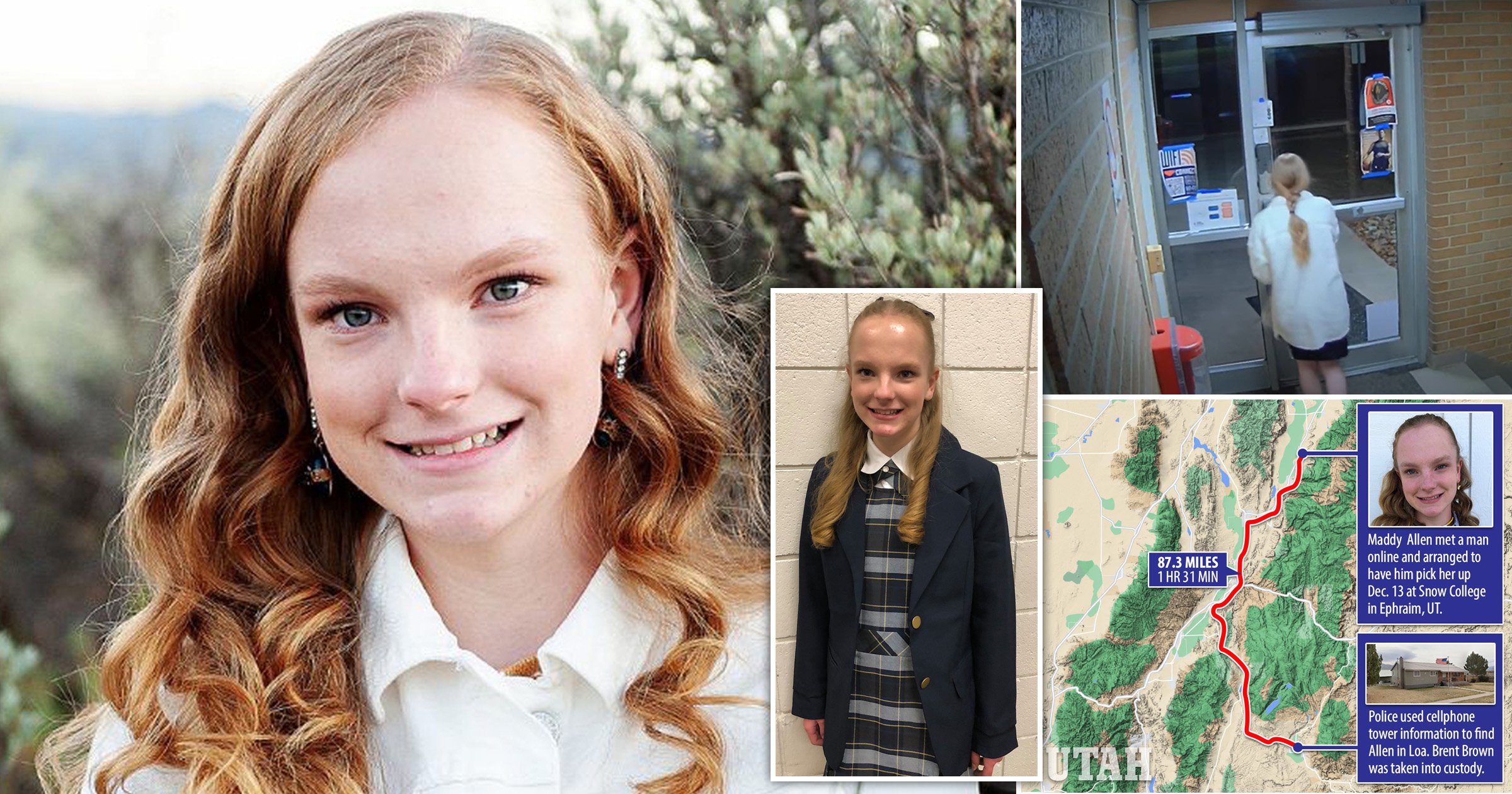 A missing college student has been rescued from a basement, where she was found tied up naked and covered in coal, almost a week after vanishing when she went to see a man she met online.

Madelyn Allen, 19, was last seen on security footage leaving her campus at Snow College in the city of Ephraim, Utah, at around 9.20pm last Monday, December 13.

She was reported missing by her roommates when she failed to return the following morning. Her parents also raised the alarm after getting a text from her the next day simply saying: ‘I love you!’

The teenager was found at the home of 39-year-old Brent Brown five days later in the small town of Loa, some 90 miles from where she disappeared, after police tracked her mobile phone location.

When officers turned up at the property Brown initially claimed he was alone, but a search revealed Allen tied up in the basement.

According to court documents, Madelyn agreed to meet her alleged captor after chatting on the Kik messenger app, The Times reports.

She claims to have been held against her will and repeatedly raped by Brown, who is said to have turned violent and forced her to strip after she texted her family.

The student told police she never tried to escape, even when she was left untied, because he knew where she lived and ‘threatened to come after her family and sister’, according to the case papers.

Brown has been charged with rape and kidnapping over the disappearance.

Madelyn’s relieved parents ‘dropped to their knees’ when officers told them their daughter had been found alive after almost a week.

Her father Jonathan added: ‘We were so grateful, elated. We couldn’t describe the feelings that we had as we embraced each other.’

Jacob Allen, Madelyn’s uncle, paid tribute to his niece as a ‘fighter’, adding: ‘She is now a survivor. We are grateful she is with us again so she can now recover.’