Dozens of young people can be seen pushing staff to the side and grabbing drinks and food off the serving counter in horrifying footage. Upwards of fifty youths were chanting and screaming as they looted the fast-food restaurant amid a cost of living crisis and a soaring inflation rate that continues to cause angst among the population. Several staff were seen hiding in the back corners of the food processing areas in what the police have described as a “commercial burglary”.

In shaky footage, upwards of 50 young people can be seen congregating around the restaurant’s counter.

Several jump atop the counter while others hold their middle fingers up to the staff and scream “f*** you”.

Multiple members of the flash mob hold their phones up as they film the ordeal for social media.

The incident is the latest mob attack in a major UK city after a group was filmed in London earlier this month running into stores near Oxford Street and looting their produce. 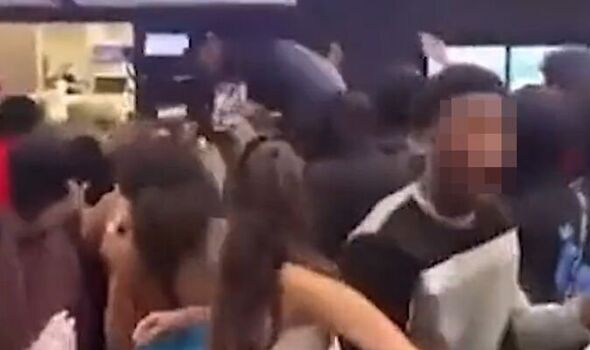 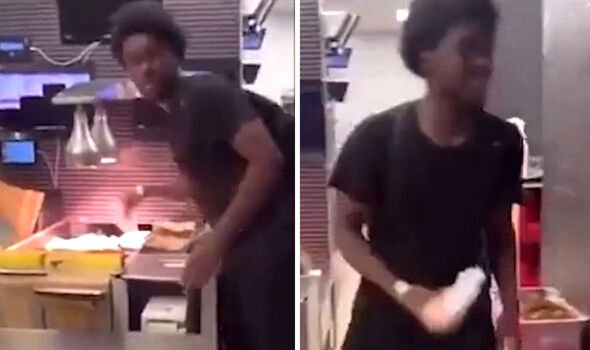 Nottinghamshire Police have said up to 50 people, believed to be aged between 14 and 16, rushed into the Clumber Street outlet at 9pm on Sunday.

Roughly seven made their way behind the counter to take food while it was being prepared, while others filmed on their phones.

The police said about 20 of the youths abused and threatened staff as the febrile atmosphere exploded into a dangerous robbery.

No arrests have been made but a police investigation is underway.

There were also reports the gang congregated outside a second McDonald’s in Milton Street, Nottingham, about an hour later.

However, it was reported that they had fled the scene before the officers had time to respond to the call.

Footage appearing to show the Clumber Street incident has been shared on social media.

A spokesperson for Nottinghamshire Police said: “We are treating this incident very seriously. 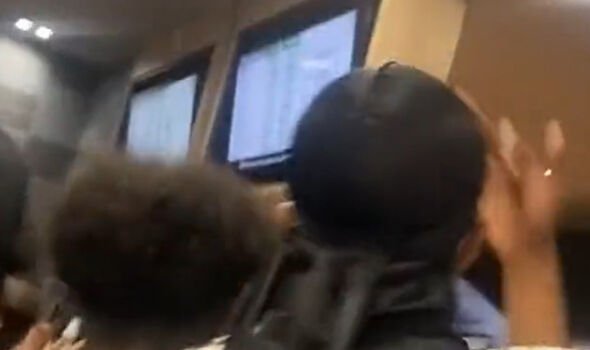 “This is a commercial burglary as the group forced their way behind the counter of a business and stole food and soft drinks. It is completely unacceptable.

“No arrests have been made yet, but we will be working with the Clumber Street McDonald’s and carrying out CCTV inquiries to find those responsible.”

The so-called summer of discontent is proving to have taken its toll on young people across the UK in scenes reminiscent of the London 2012 riots.

The generation whose lives were indelibly paused while in their teenage years as a result of the pandemic appear to be unsettled and upset after years of lockdowns.

READ NEXT:
London tourist to ‘think twice’ about revisiting after thieves strike
Travel hack: ‘Discourage pickpockets’ using safety pin hack
OAP ‘beaten and stabbed’ in his own home left with horrific injuries
Khan releases statement after three charged with gunpoint robbery
Raider returns for BMW of victims as they report burglaries to police