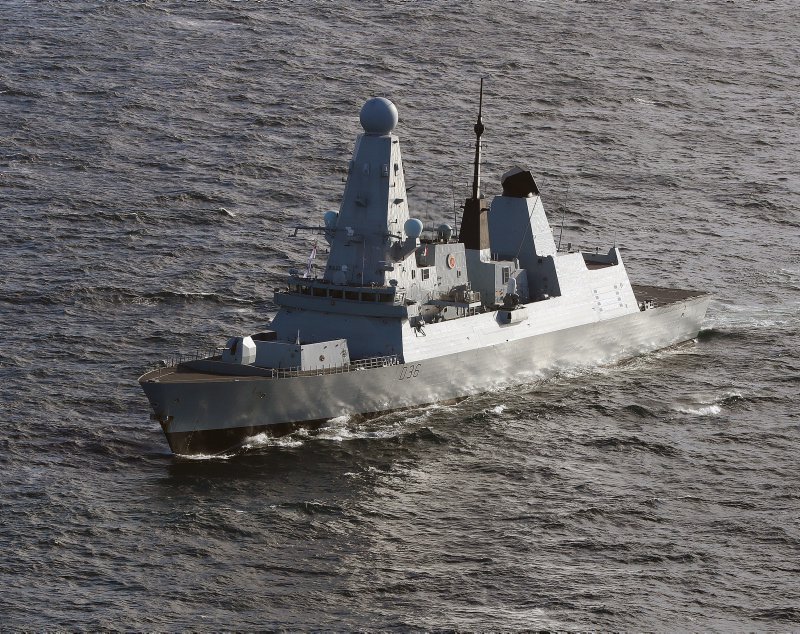 The Ministry of Defence has dismissed reports from Russia that warning shots were fired at one of its warships.

HMS Defender was involved in a routine gunnery exercise and the Royal Navy vessel was ‘conducting innocent passage through Ukrainian territorial waters in accordance with international law’, the MoD said.

But in a statement posted on Twitter, the MoD said: ‘No warning shots have been fired at HMS Defender.

‘We believe the Russians were undertaking a gunnery exercise in the Black Sea and provided the maritime community with prior-warning of their activity.

‘No shots were directed at HMS Defender and we do not recognise the claim that bombs were dropped in her path.’