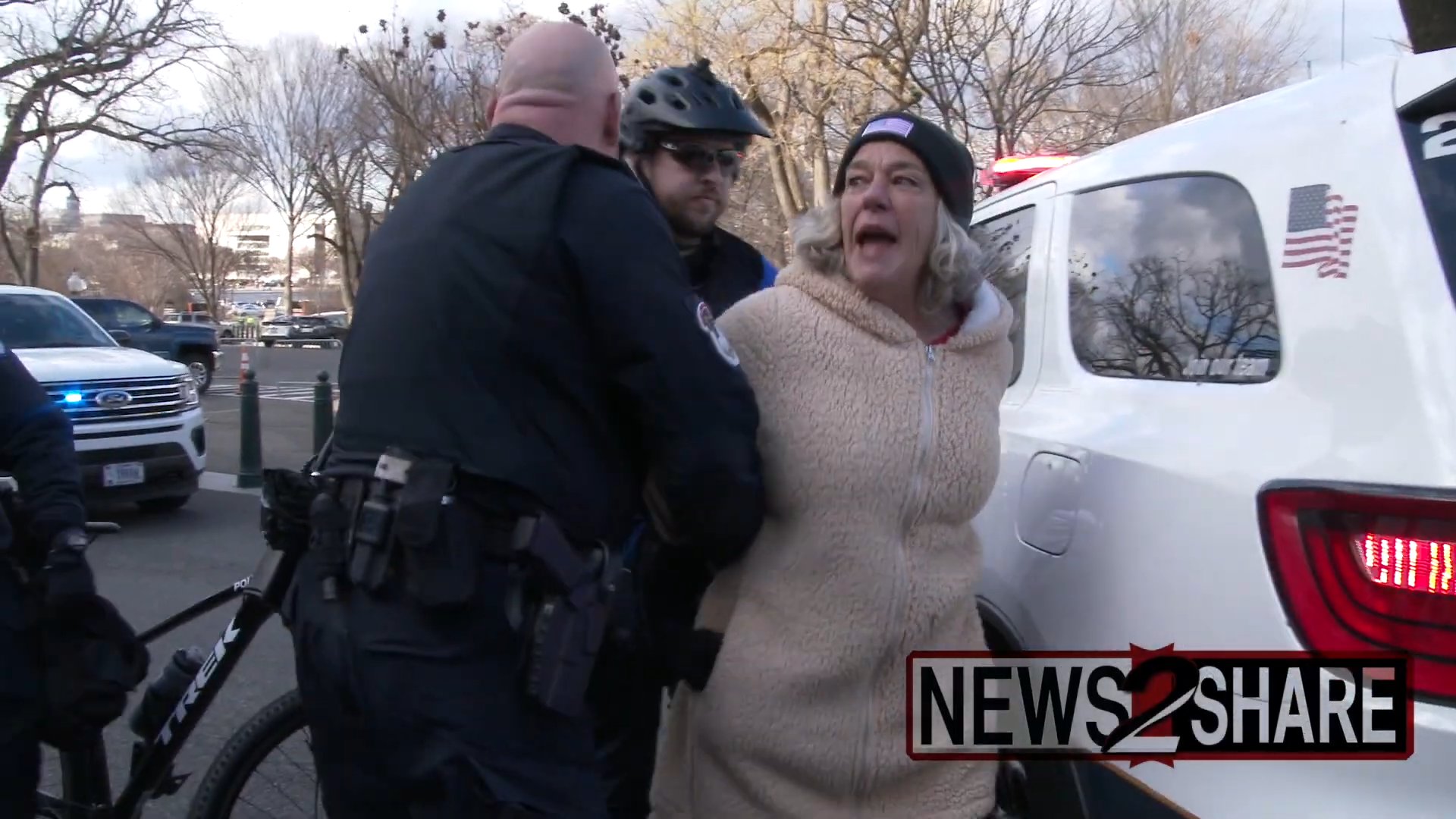 The mother of a Donald Trump fan who died after storming the US Capitol was arrested on the two-year anniversary of the January 6 insurrection.

Micki Witthoeft, the mother of the late Ashli Babbitt, was taken into custody on Friday afternoon while partaking in a protest on Capitol grounds.

Witthoeft, 58, was identified by US Capitol Police as one in ‘a group of demonstrators who were illegally blocking traffic’ on Independence Avenue, SW, near First Street, SW.

‘A woman in the group was given multiple warnings to get out of the road,’ stated Capitol Police. ‘Instead of getting out of the road, the woman refused to leave, turned around with her hands behind her back, and asked to be arrested.’

Witthoeft was handcuffed around 1.45pm and charged with failing to obey police orders as well as blocking and obstructing roadways.

Her daughter was fatally shot by police as she tried to climb through a shattered window to get inside the Capitol building on January 6, 2021.

Witthoeft and her supporters chanted Babbitt’s name as cops directed the mother to a law enforcement vehicle.

VIDEO: Today while holding a second anniversary march for January 6 around the Capitol, Micki Witthoeft, the mother of Ashli Babbitt, was arrested by Capitol Police Lieutenant Ryan Schauf for refusing to move to the sidewalk.

Witthoeft says, ‘I understand that’, multiple times. She eventually gives a rose she is holding to a colleague and surrenders.

‘My hands were behind my back,’ Witthoeft says.

Witthoeft was processed and released the same afternoon. She will be given a citation to appear in court later on.

‘As we stand in front of this building that says “equal justice under the law,” let’s seek that,’ Witthoeft said. ‘Let’s make that attainable.’

Babbitt, an Air Force veteran, was shot near her neck by a Capitol police officer. An emergency response team administered aid and she was rushed to a hospital where she later died.

Capitol police determined the shooting was ‘lawful and within Department policy’ and that it ‘potentially saved Members (of Congress) and staff from serious injury and possible death’.

Among Trump supporters, Babbitt became celebrated as a martyr.

POLL: Boris Johnson orders protestors to stay away from London, do you agree? VOTE