This is the chilling moment a baby murderer cries crocodile tears as he is arrested for killing his girlfriend’s 12-week old son.

Kane Mitchell, 32, of St Neots, Cambridge was jailed for a minimum of 18 years over the death of baby Teddie.

A four-week trial heard how Teddie died in hospital on November 11, 2019, after spending 10 days on life support.

Jurors at Cambridge Crown Court heard how he suffered injuries consistent with being ‘gripped hard’,’shaken vigorously’ and ‘having his head struck against a hard surface’.

The baby suffered 17 broken ribs, a bleed on the brain, damage to his spine and eye and fractures to his skull and collarbone.

But chilling footage shows Mitchell protesting, along with his partner Lucci Smith, 29, as they are arrested on suspicion of attempted murder.

As he pretends to be a caring father, he can be heard asking officers: ‘I beg your f*****g pardon?’ 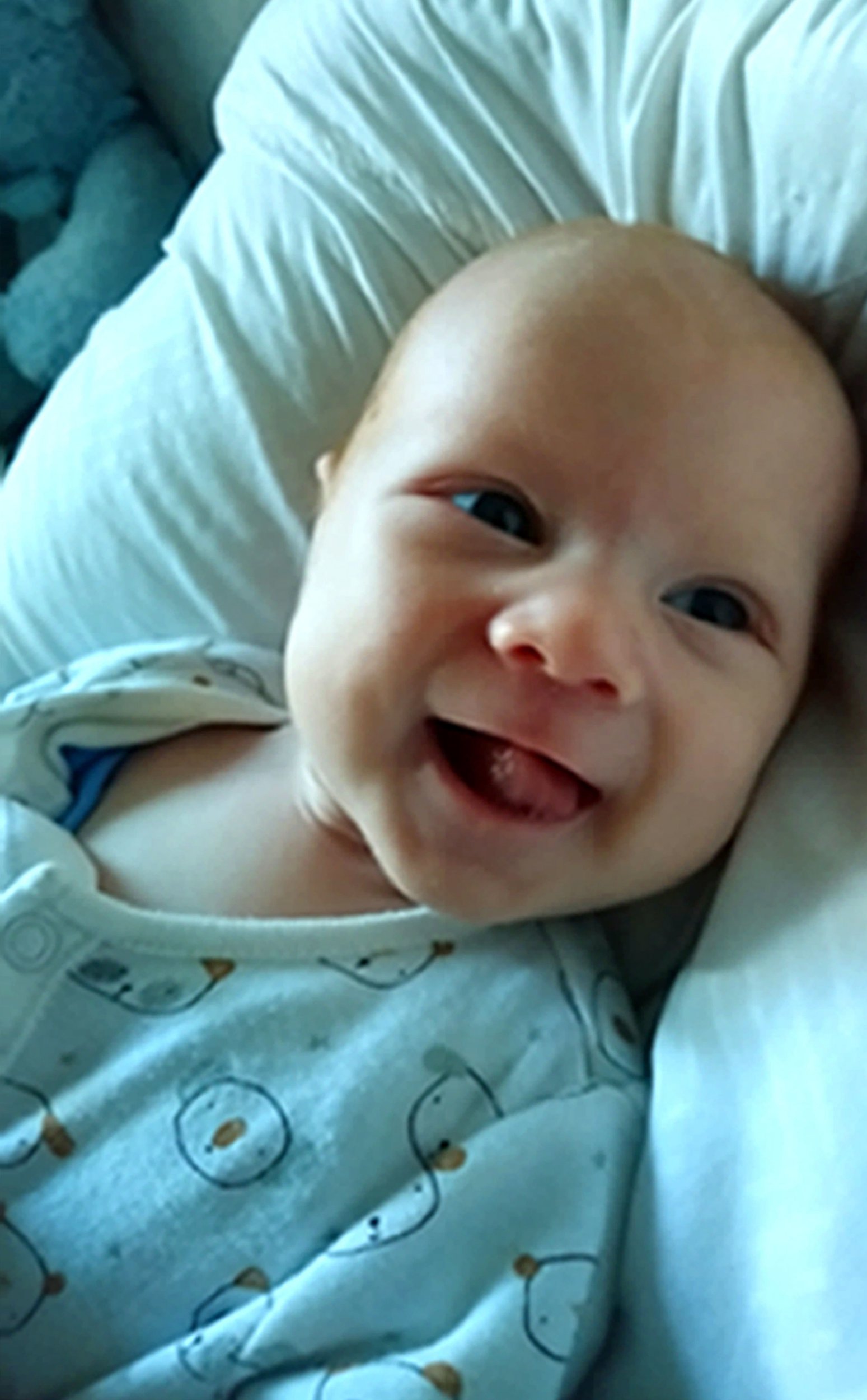 He puts his face in his hands and makes a wailing sound while Smith screams: ‘Are you joking? What the hell, that’s my baby.’

A police officer urges them to quieten down, saying: ‘Hey, calm yourself down, you’re in a hospital with sick children in here, okay?’

The footage is featured on the Channel 4 new documentary, 24 Hours in Police Custody: Cold to the Touch.

It investigates what the council did in response to concerns raised by neighbours over the safety of baby Teddie in the flat shared by Mitchell and Smith.

Another clip shows Smith being interviewed by Cambridgeshire Police, telling detectives she cared about Teddie more than ‘anything in the world’.

When asked if she had any knowledge about what might have caused her baby’s injuries, she said: ‘No idea.’

As a detective asks her if she was covering for anyone else, she replies: ‘No.’ She adds: ‘If there was [something to say] I would say cause that’s my son at the end of the day.’

The court heard how Mitchell killed Teddie in ‘sudden temper and frustration’ – grabbing Teddie and squeezing him and striking his head ‘against a hard or unyielding surface’.

On November 1, 2019 at 3pm the ambulance service was called to their home where the baby was found to be unresponsive and in cardiac arrest.

Smith had left her child in the care of Mitchell for around a quarter of an hour earlier that day while she was out on the morning school-run.

In February 2021, Michell was sentenced to life in prison for murder and will have to serve a minimum sentence of 18 years.

Smith was found guilty of cruelty to a child for not calling an ambulance for her son sooner.

Smith had made a series of calls to her local surgery and said Teddie made a ‘high-pitched squeal when he moved’ when she took him from his cot, the court heard.

She was asked to bring Teddie into the surgery and was expected to arrive by 2pm, but said she could not take him in until she had done the afternoon school-run.

Prosecutor Karim Khalil said she was urged to ‘call an ambulance immediately’ in a call at around 2.30pm, but Smith did not dial 999 until just after 3pm.

She was sentenced to a two-year community order after the judge noted she had spent months in prison awaiting her trial.

Leading the investigation was detective inspector Lucy Thomson, who said: ‘This was a tragic and terrible case in which an 11-week-old baby lost his life at the hands of a person who should have been there to protect him.

‘Our year-long investigation found that Teddie had suffered multiple horrific injuries during his short life, which neither Mitchell nor Smith could account for.

‘Viewers will see the complexities and intricacies of such an emotive and tragic case.

‘The show highlights that we will work tirelessly to bring those responsible for such heinous crimes to justice, no matter what it takes.

‘We hope it will encourage anyone with any concerns for a child’s welfare to come forward and report it to us without delay.’

24 Hours in Police Custody: Cold to the Touch will be shown on Channel 4 at 9pm tonight and tomorrow

Boris Johnson prepares for Brexit showdown ahead of parliament shutdown

Lawyer threatened his clients after leaking documents about their company, court hears