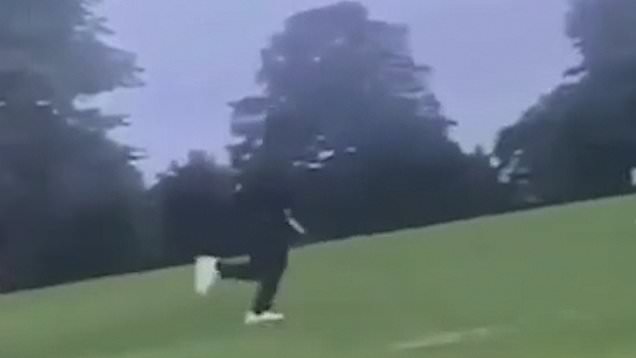 Footage has emerged of a man armed with a huge knife running away from a funfair where a teenager was stabbed.

Onlookers can be heard screaming after a suspect was seen brandishing the blade in Oakfield Park, Barnet, north London.

One person can be heard repeatedly shouting ‘run away’ in the video, filmed on Friday evening.

Police confirmed they were called to the funfair in Parkfield Gardens, just after 8.30pm following reports of a fight and a stabbing.

The teenager, an 18-year-old man, was found nearby in Churchill Road with a stab wound and was rushed to hospital.

He is not believed to be to have suffered life-threatening or life-changing injuries, the Metropolitan Police said.

‘At this early stage there have been no arrests,’ the force said in a statement. 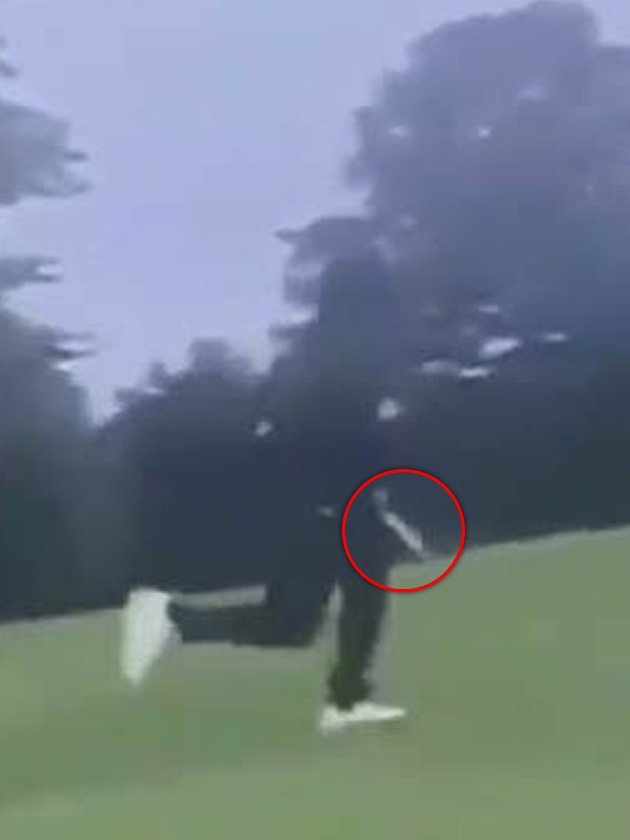 Barnet Police tweeted this morning: ‘We are appealing for info and witnesses after a man was stabbed in East Barnet.

‘Thankfully his condition is not life-threatening.’

We are appealing for info and witnesses after a man was stabbed in East Barnet. Thankfully his condition is not life-threatening. Witnesses pls call 101 or contact @CrimestoppersUKhttps://t.co/7ZJKiPuWE3

Two boys, aged 15 and 16, were killed in separate knife attacks just six hours apart on Monday – increasing fears that the number of teenagers stabbed to death in London this year could be the worst for more than a decade.

Russia ready for hypersonic missile talks with US, says Lavrov